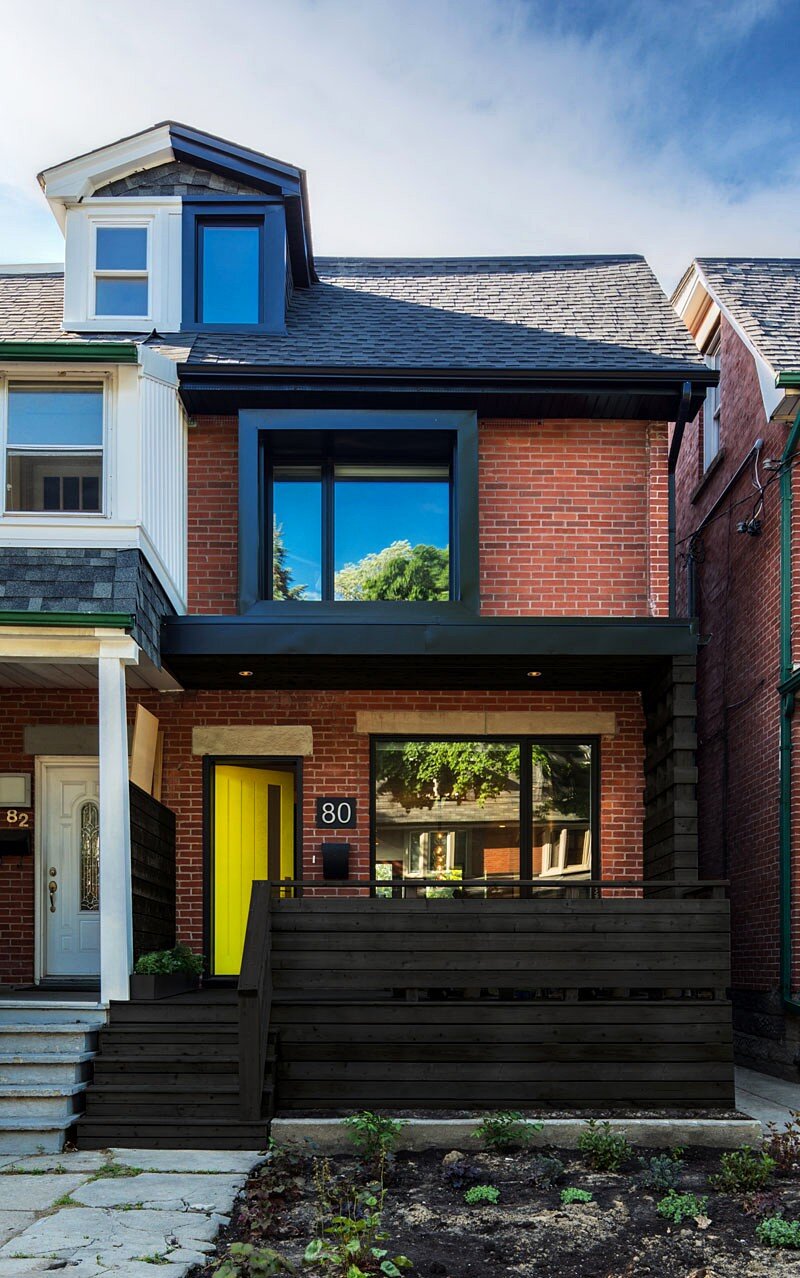 Junction Shadow House by Post Architecture is a semi-detached residential dwelling that began as a mirror-image of its attached neighbour. This house in the Junction neighbourhood of Toronto was in need of a total overhaul – structurally as well as functionally-and in a way that maximized the quality of light possible with the house’s north-facing orientation. 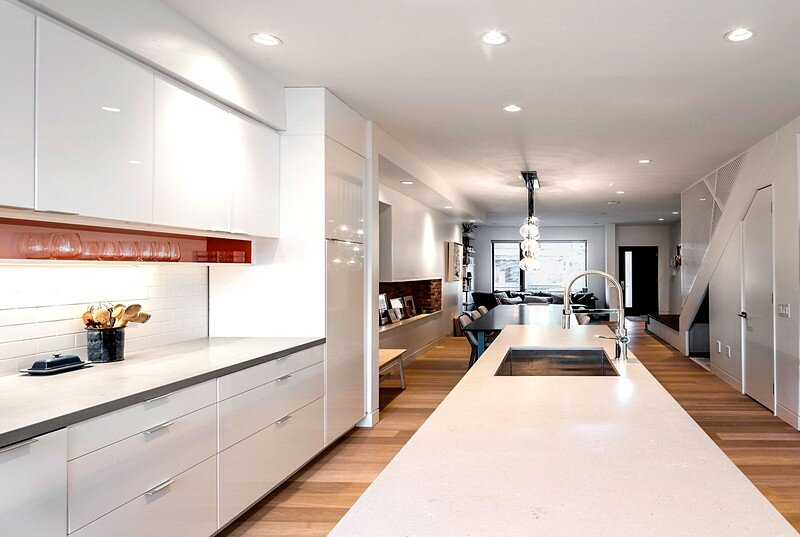 The main floors of the house were gutted a small addition to the third floor was added, to create an open media/workspace away from the bedrooms and entertaining spaces of the lower levels. Direct light wasn’t possible along the length of the house, so shadows were used instead to animate the spaces. 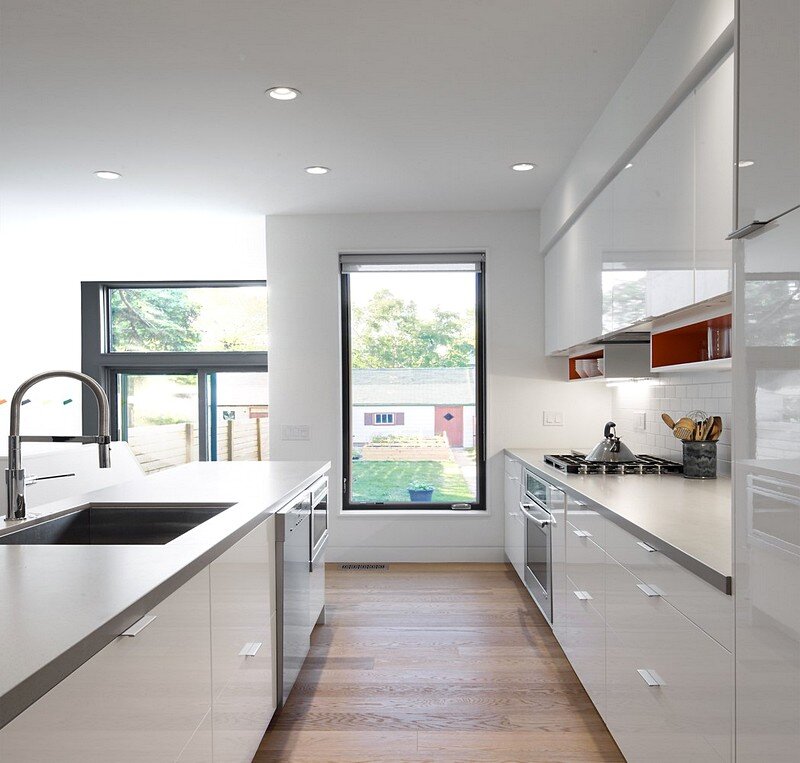 Internal views through the three levels of the house were opened up by increasing the floor openings around hallways and stairs, and a perforated steel guard was used to play with the light travelling through it. 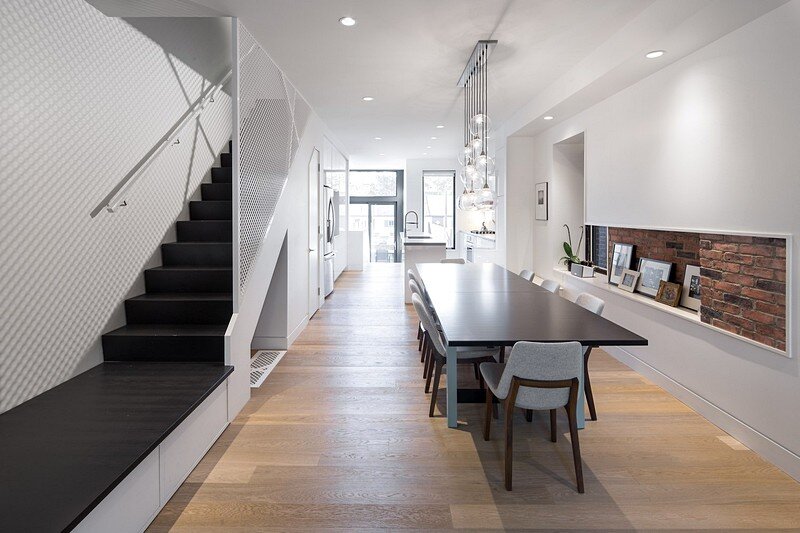 The large window at the front of the house, received an exaggerated window ‘frame” at the exterior, which works as a screen for heat gain, or as a lens for viewing through. 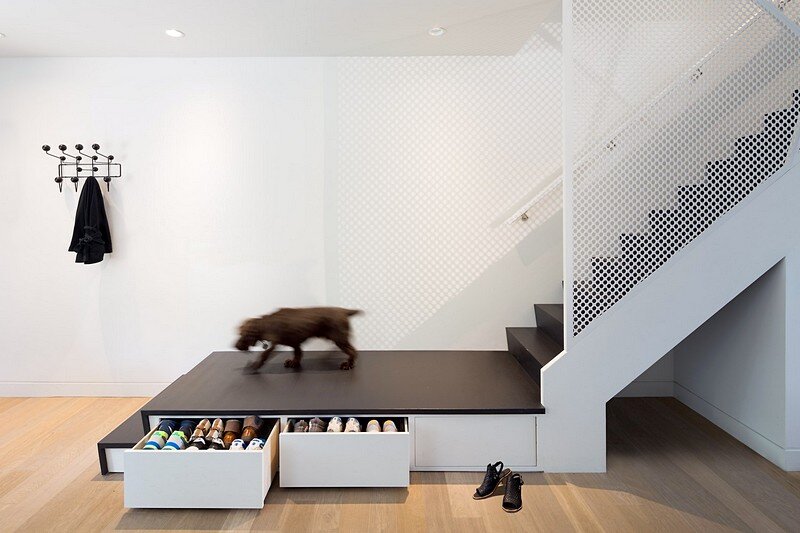 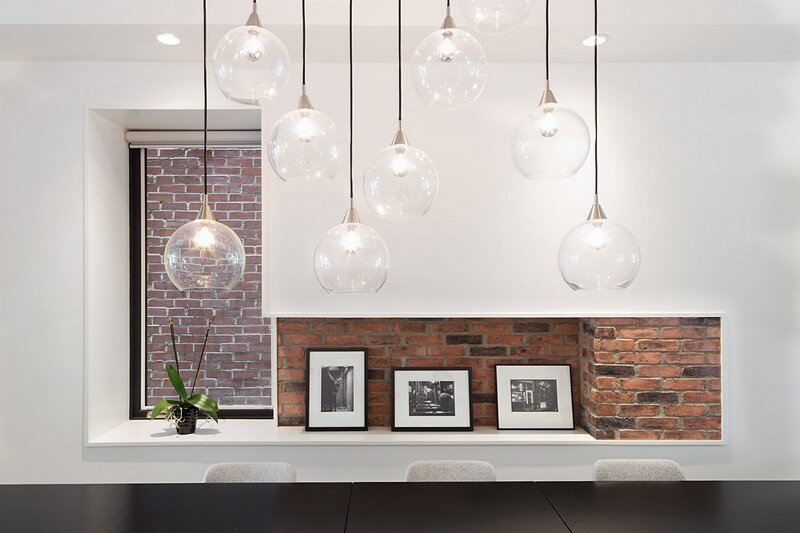 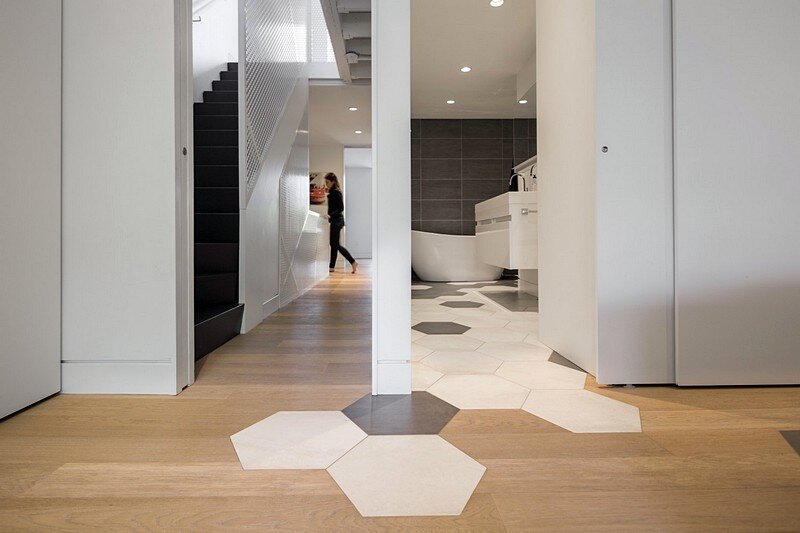 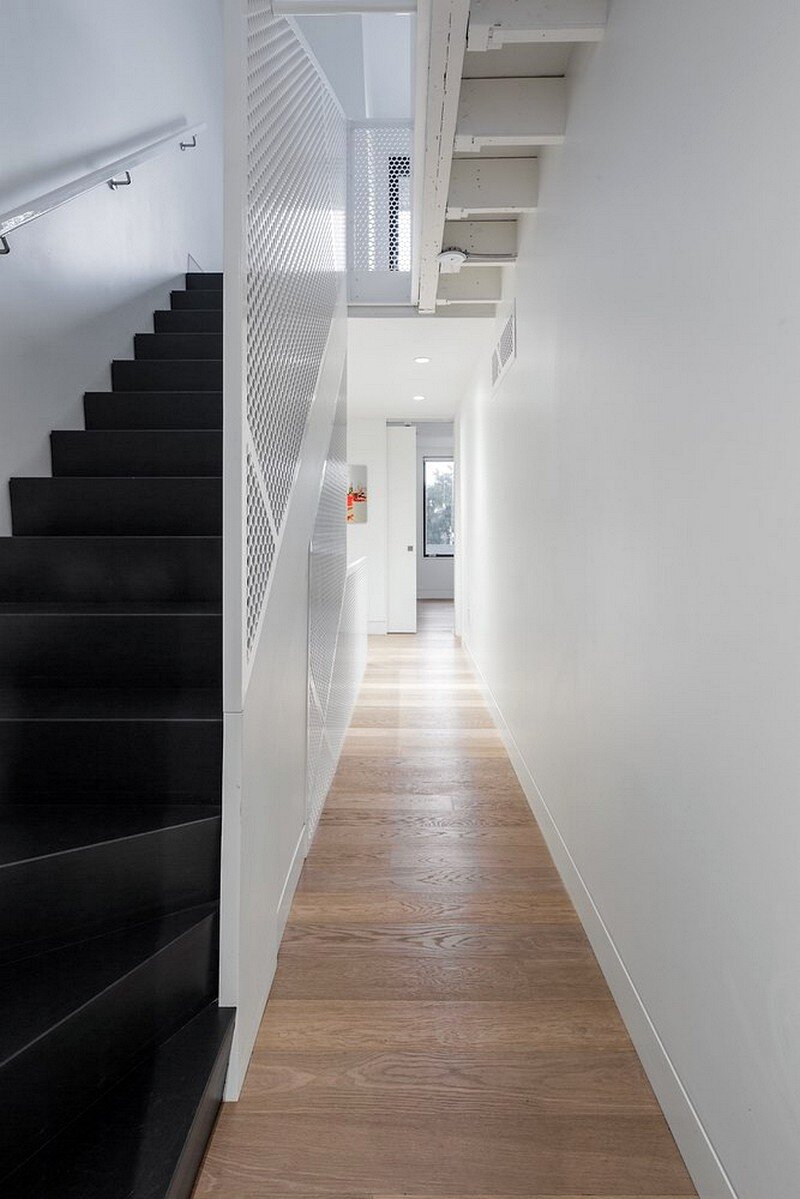 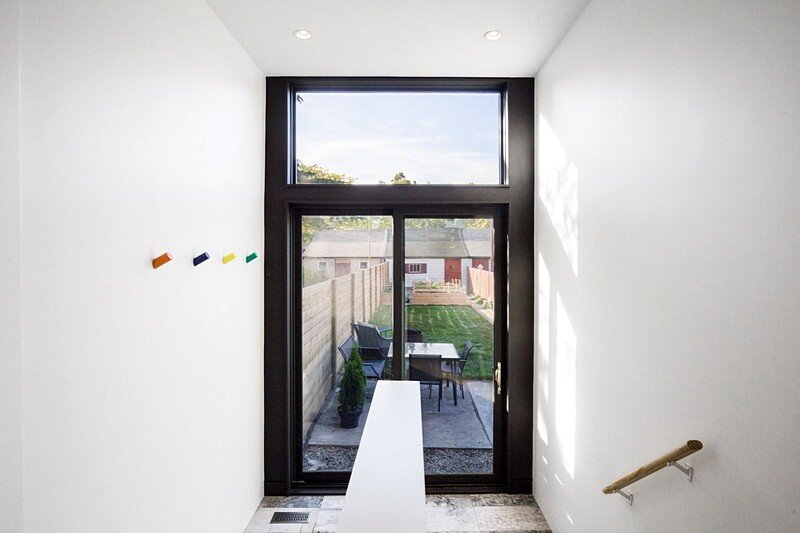 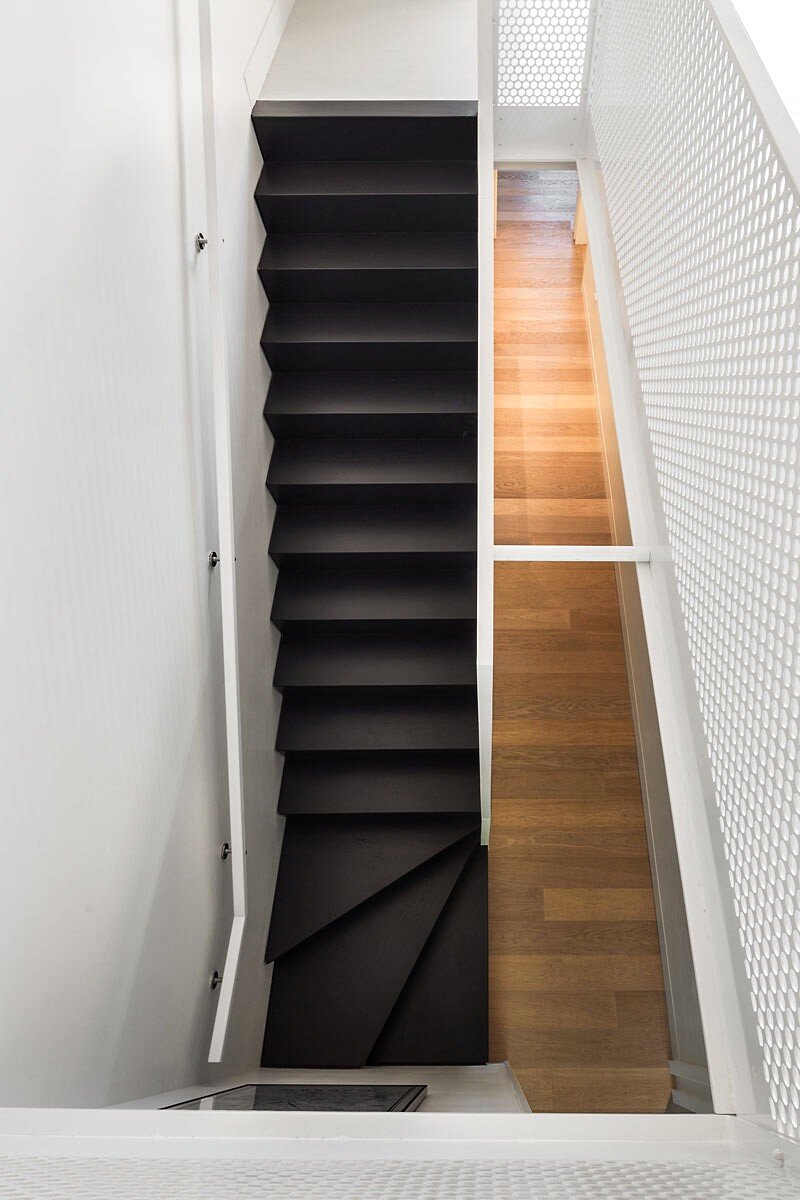 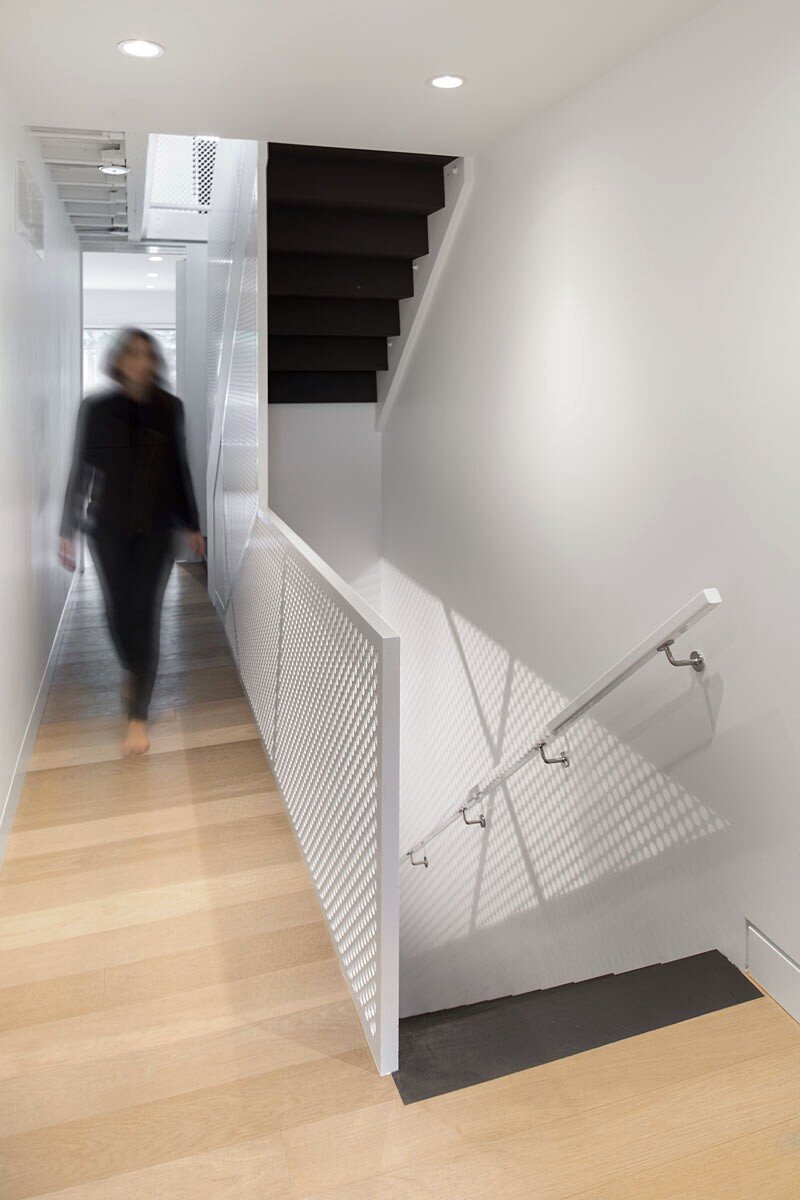 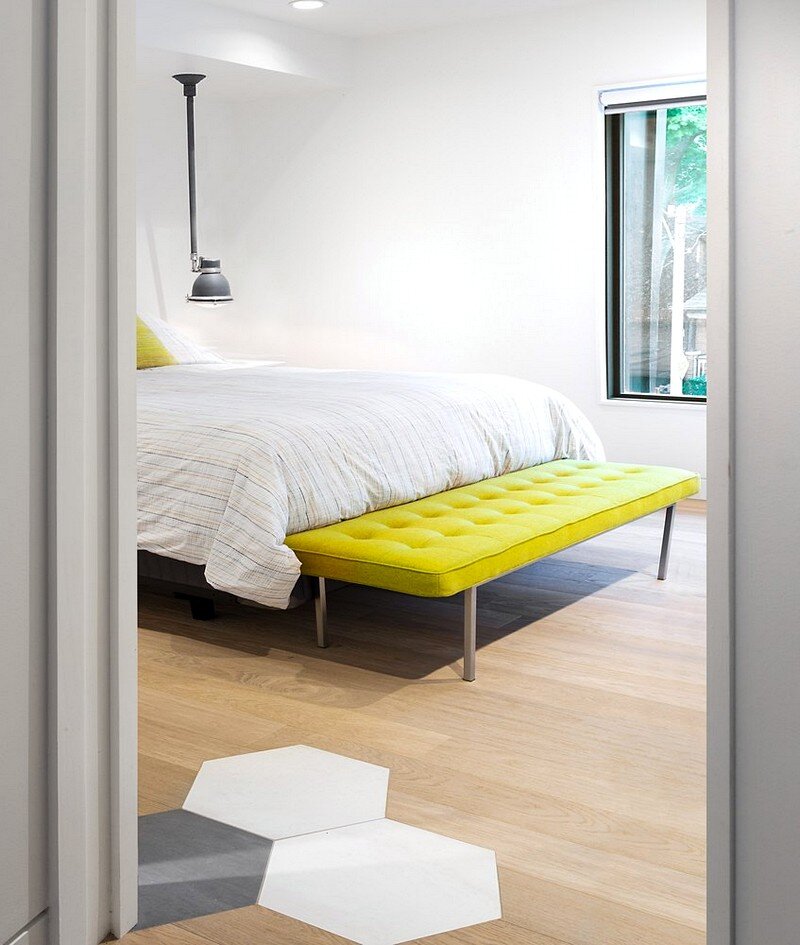 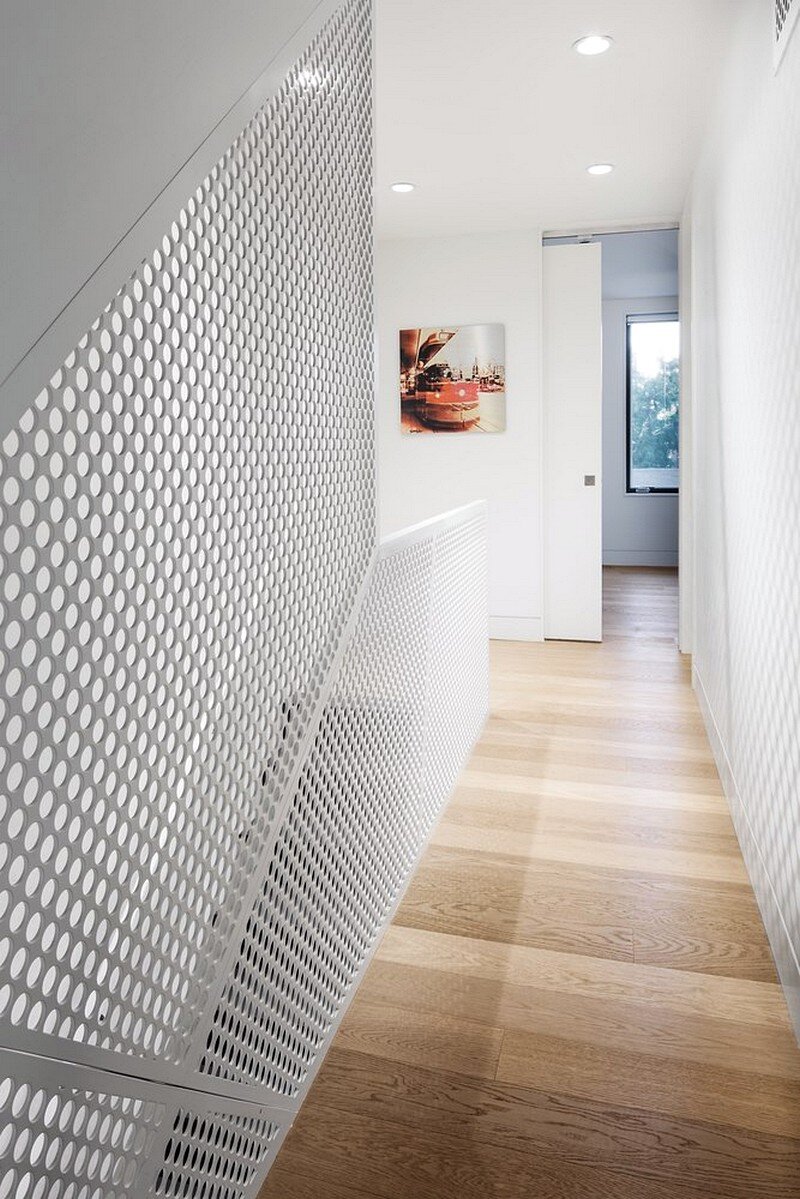 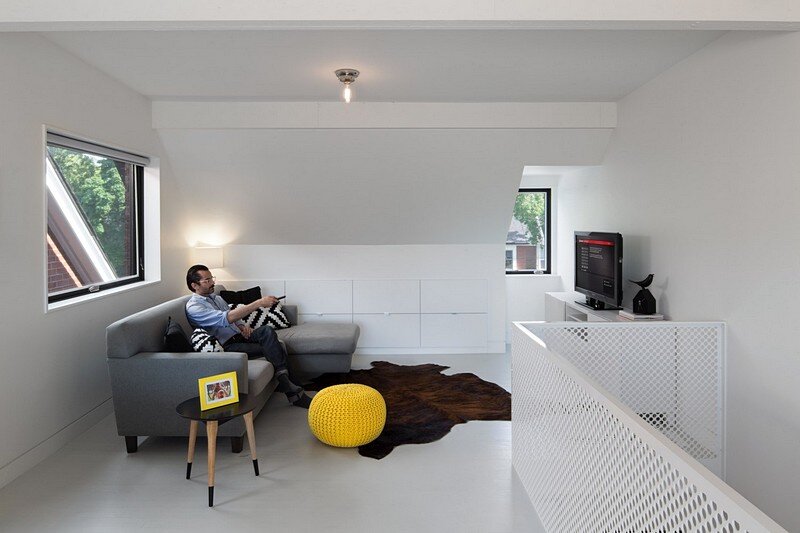 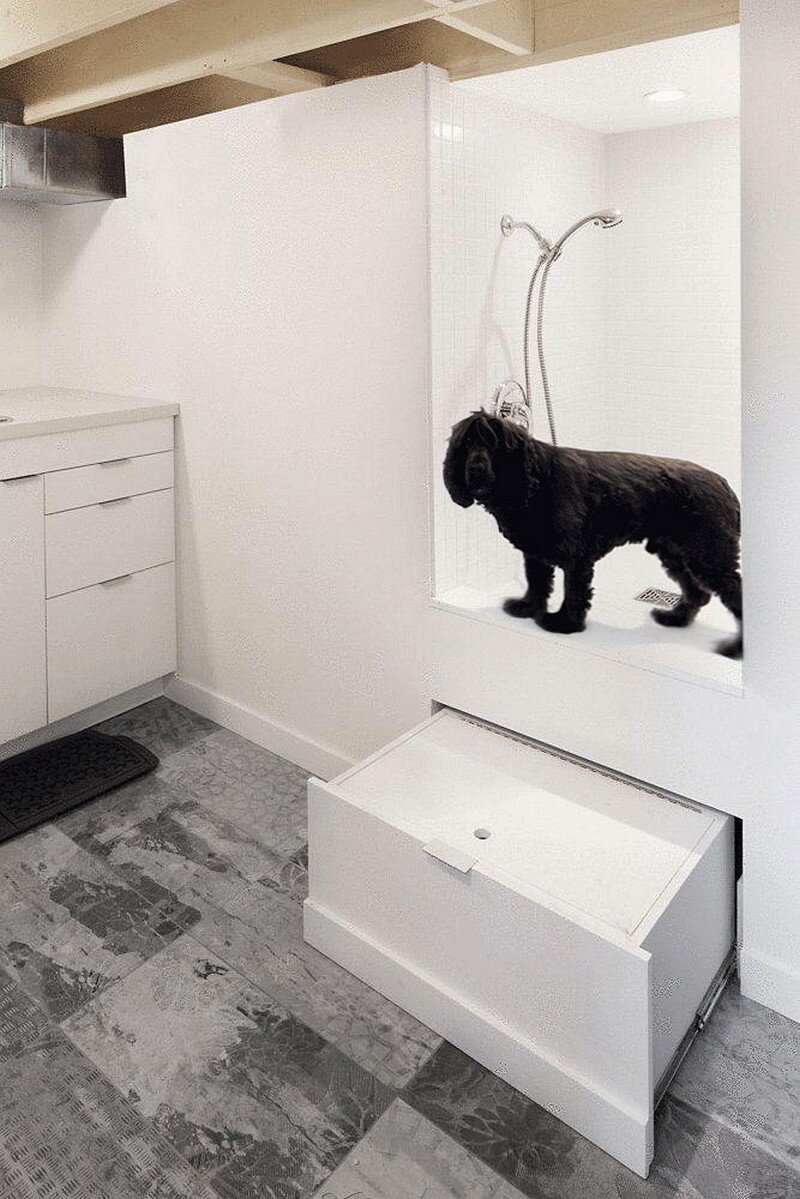