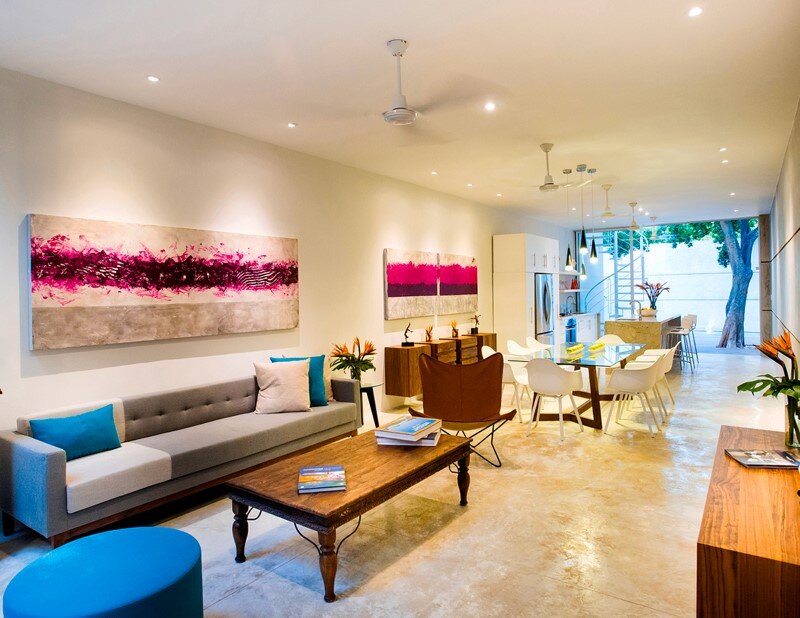 Merida House was designed by Henry Ponce Miranda in 2014. The house has an area of 200 square meters and an interior design that combines traditional Mexican elements with contemporary design.

Description by Henry Ponce: Located in the historic center of the city of Merida; the site consists of an area of particular dimensions (5 x 40m) which caused difficulties for the design. The premise of the project is to make clear the contrast between the present and the past of the building. The strategy involved the use of new elements that integrate a contemporary character in harmony with the original historic elements characteristic of the era in which the house was originally built. Inside, a wall made up of a collage of floors refer to the trajectory of the office, as mosaics recovered from several works by H. Ponce Architects in the Historic Center of Merida are used. 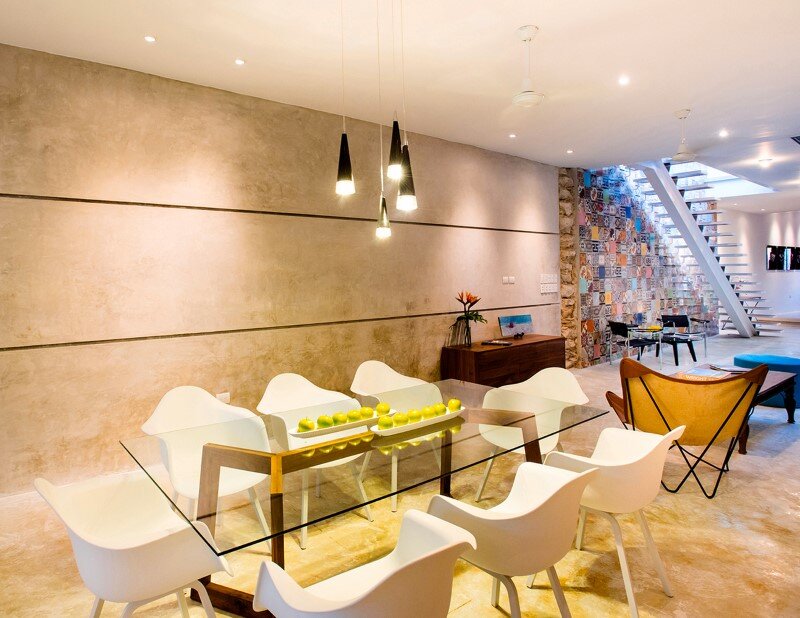 The ground floor consists of a main hall, wine cellar, guest bathroom and double height indoor garden; living / dining room and kitchen. The garden area has a spectacular Ramon tree, which was there already, allowing unparalleled views and an outdoor terrace and pool. Upstairs is the private area, consisting of two bedrooms, each with a bathroom, connected by a bridge with views of the central garden. 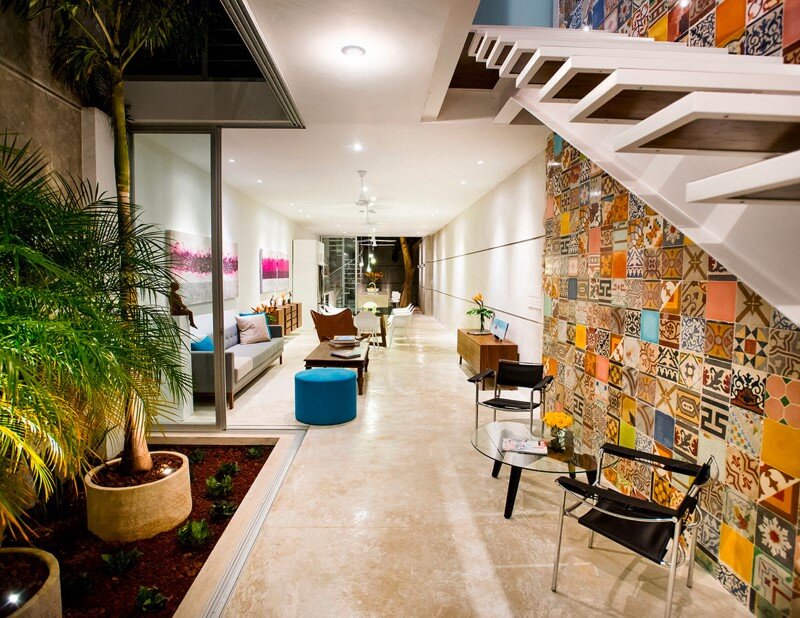 Since the project is located in the historic center, it is governed by strict regulations, so the first two bays of the existing property are respected. Original masonry walls and reinforced concrete slabs are preserved. The proposed new materials include: gray and white exposed concrete and wood with a walnut finish. The color palette is composed of neutral tones like warm light gray and oyster white, in order to give prominence to the wall mosaic, the furniture and vegetation. 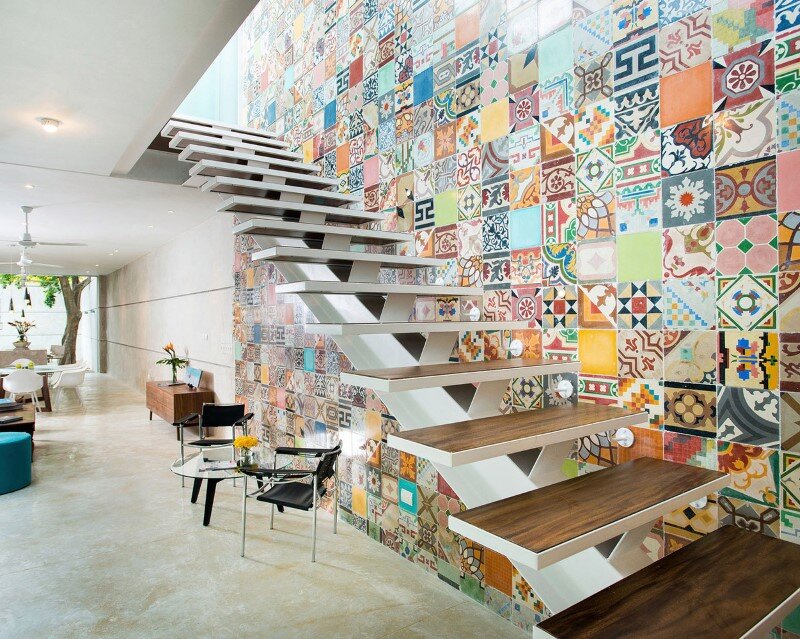 The indoor garden in the center of the construction works as a green lung, to give the house natural lighting and ventilation. The interior is also integrated with the outside through large windows at the back that can be fully opened, perceived as a single space; thus giving hierarchy to nature. 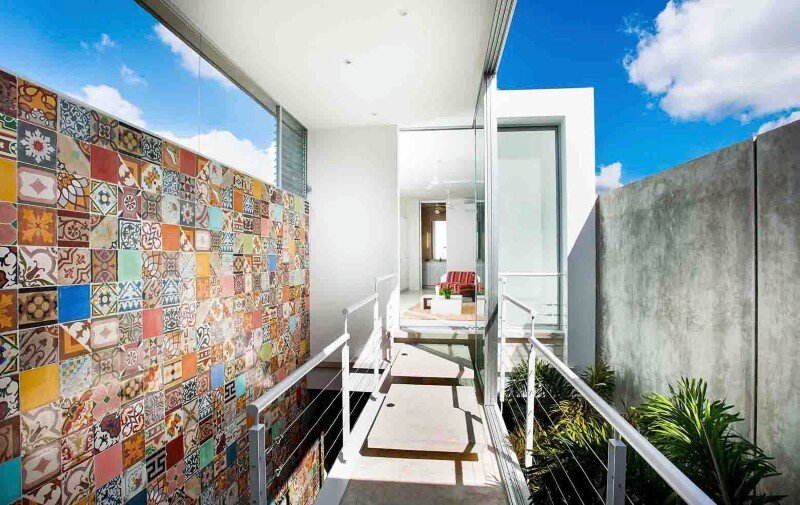 The limits of the project arose based on the site itself, with dimensions five meters wide by forty meters deep, with an irregular “L” shape; and the location of the property in the historic center ruled by strict regulations. Other challenges were designing the project with the existing angles of the site, as well as the walls shared with the neighboring houses which caused a difficulty of access to machinery and construction tools. Photos Alberto Cáceres. Visit H. Ponce Arquitectos 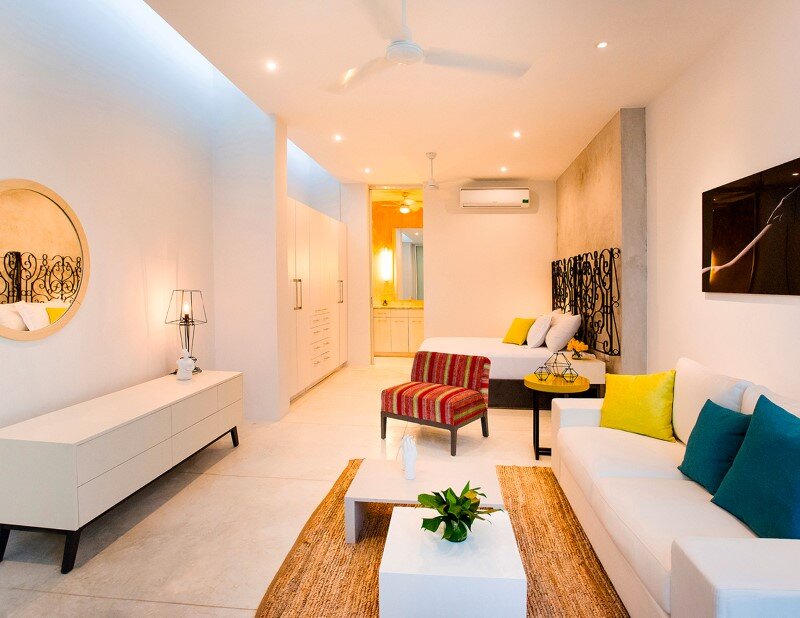 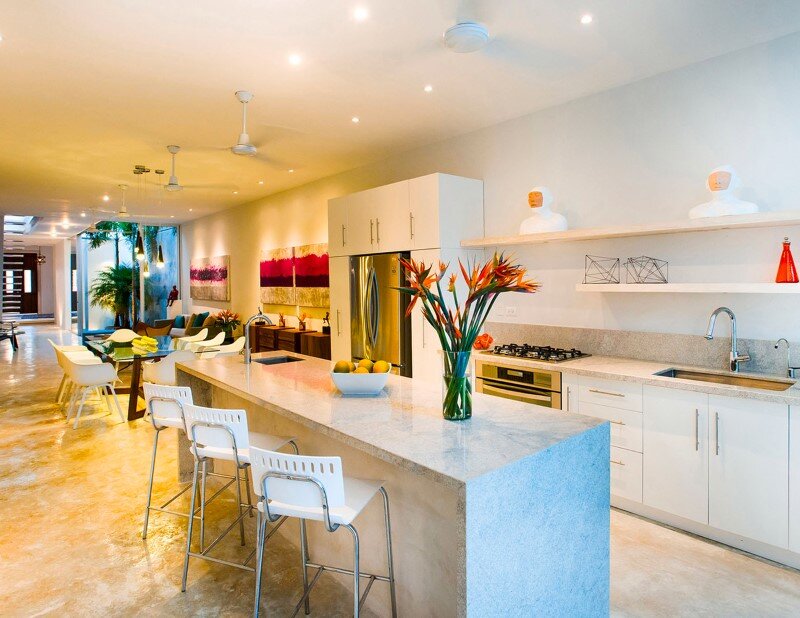 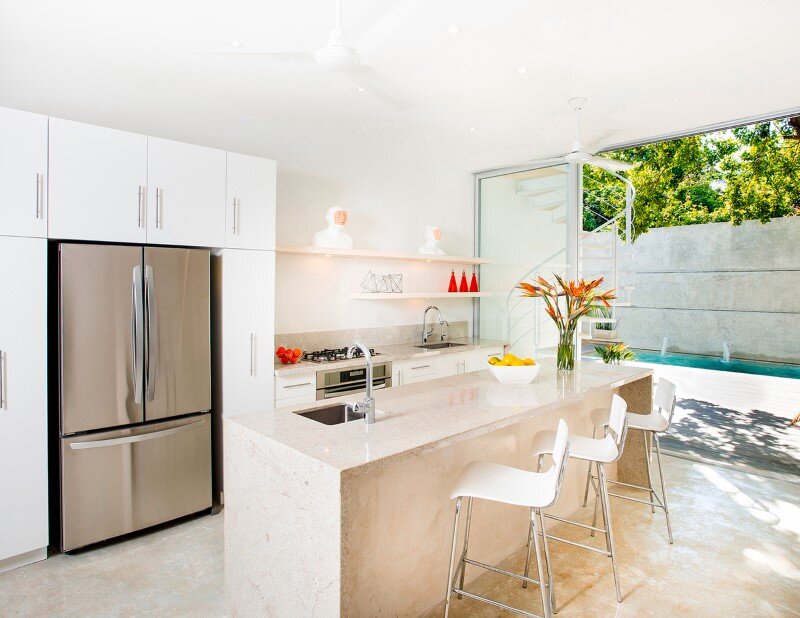 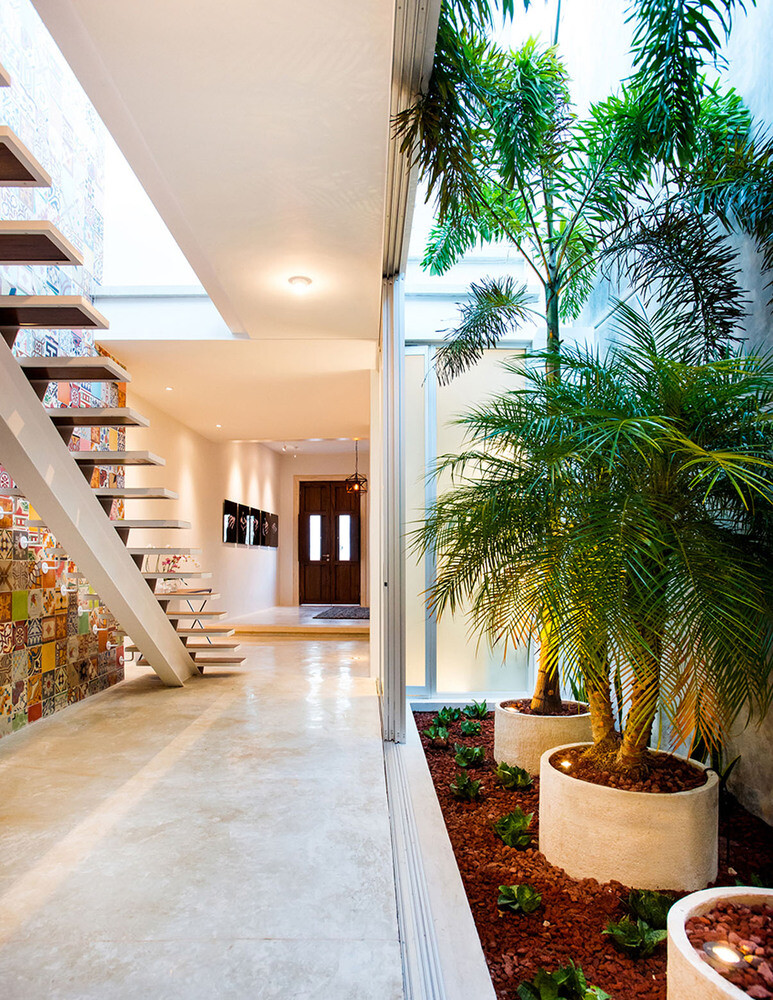 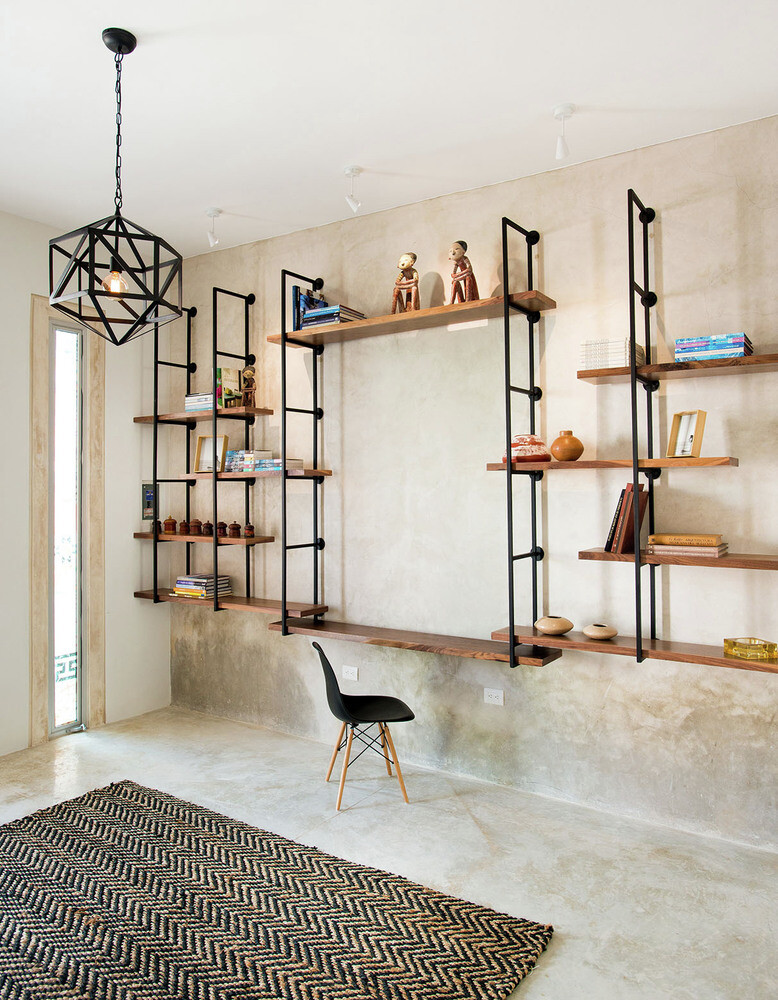 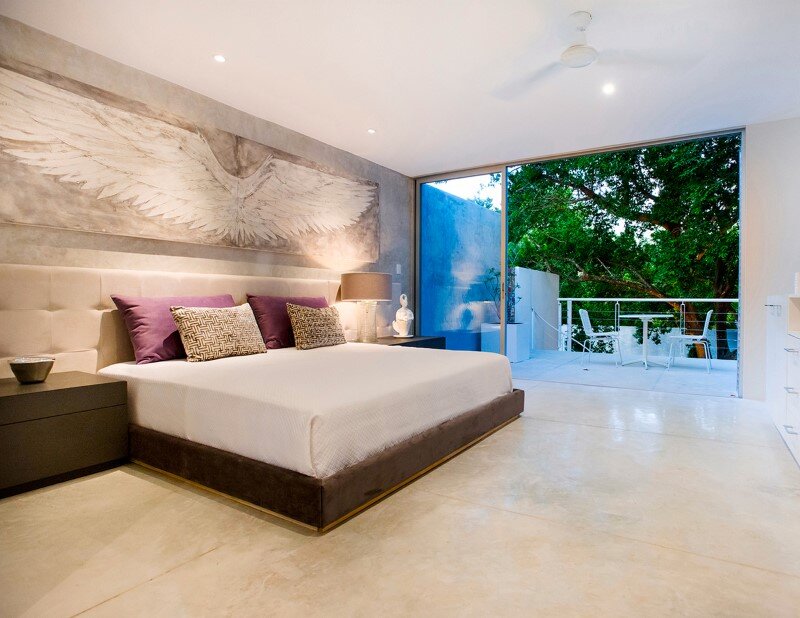 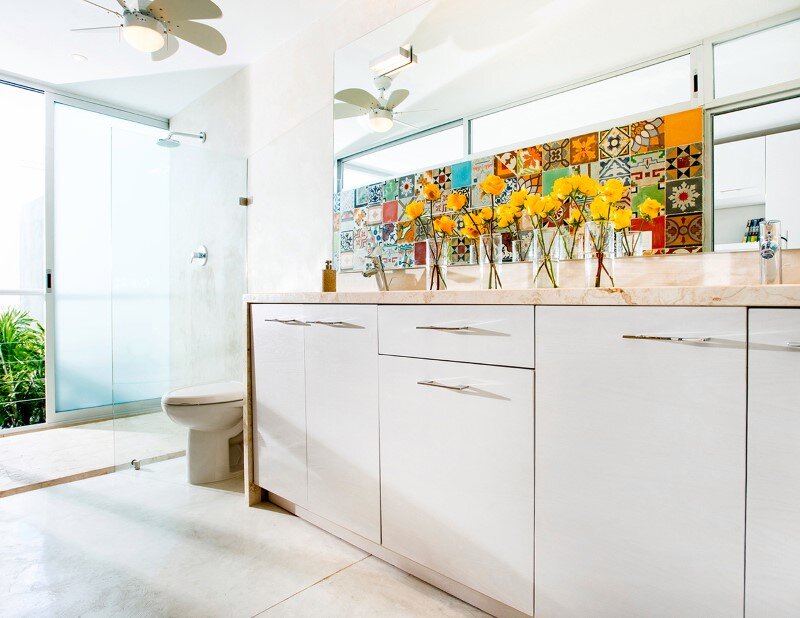 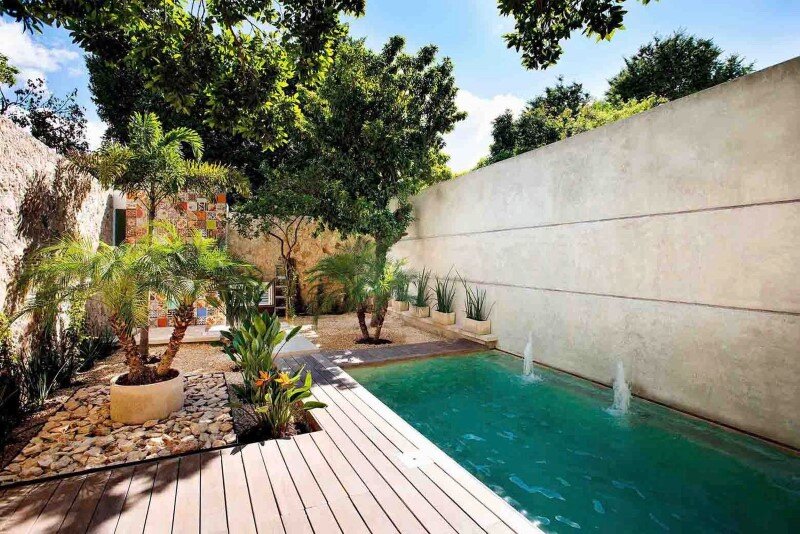 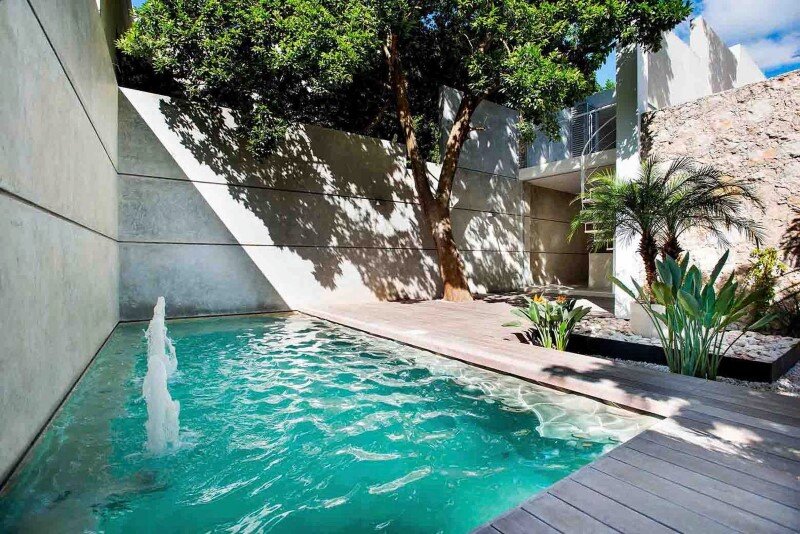 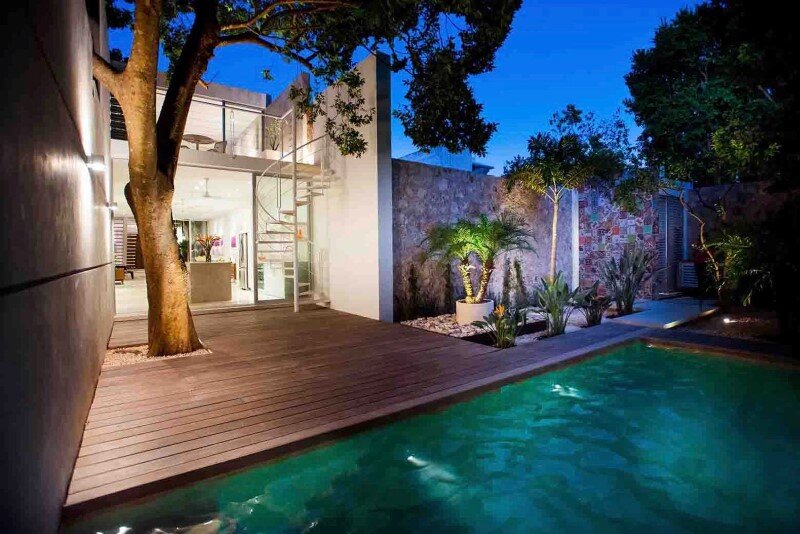