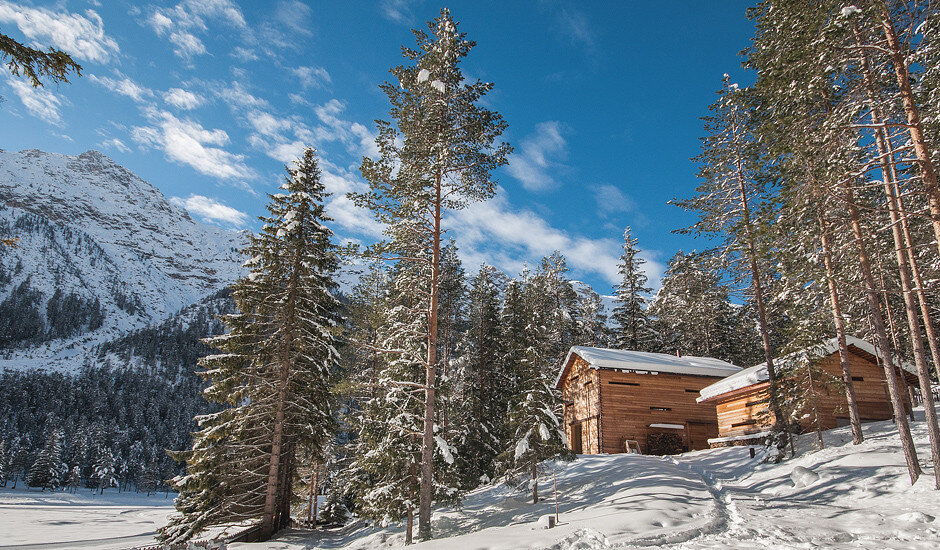 A dilapidated hunting cabin in the midst of the South Tyrolean Nature Park Fanes-Senes-Braies has been replaced by a modern building. The result is a reduced, linear structure based on typical, but refined elements of the old house. For example, the traditional block construction has been built without the usual massive protruding corner joints. 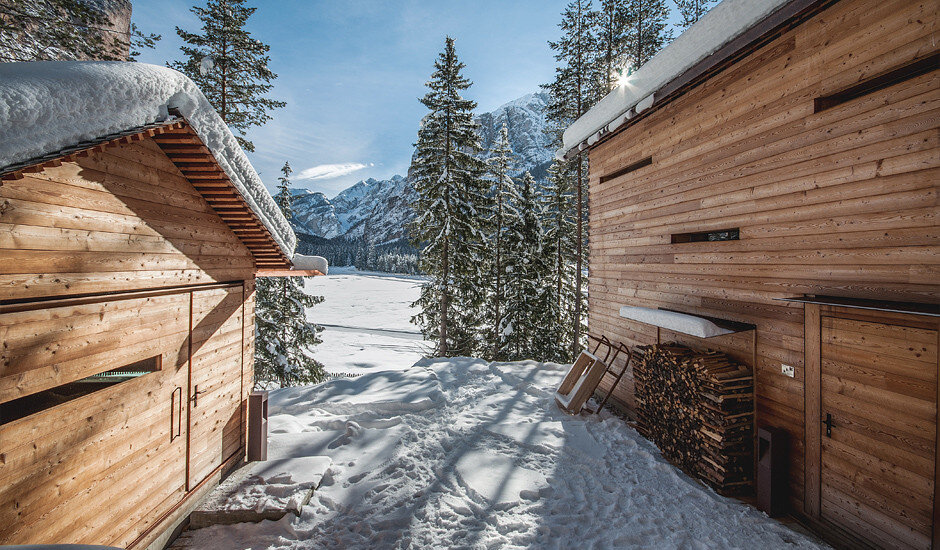 The lodge consists of two structures, the two-storey main building and a small guest house. Striking style feature are the windows: upstairs the elongated asymmetrically arranged viewing slots structure the facade and provide the bedrooms with a meditative atmosphere. On the ground floor, however, panoramic windows overlooking the forest, meadows and mountains flood the rooms with light. If necessary, the window can be closed with large wooden sliding shutters. 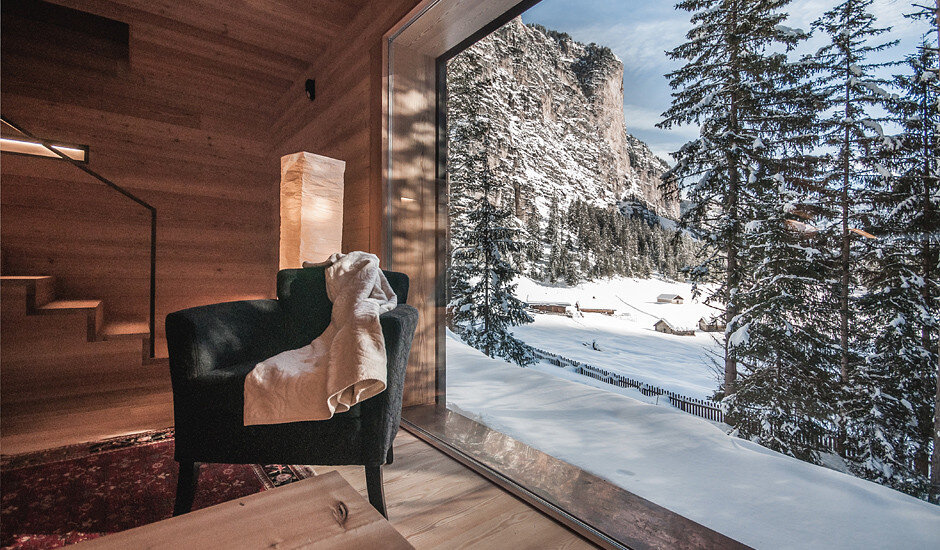 The interior design is inspired by alpine traditions, but with a modern interpretation: the all-wooden rooms are dominated by clean lines and minimalist design. The only frills are the chairs wich are modelled after typical Tyrolean chairs. [Presentation Via UrlaubsArchitektur] 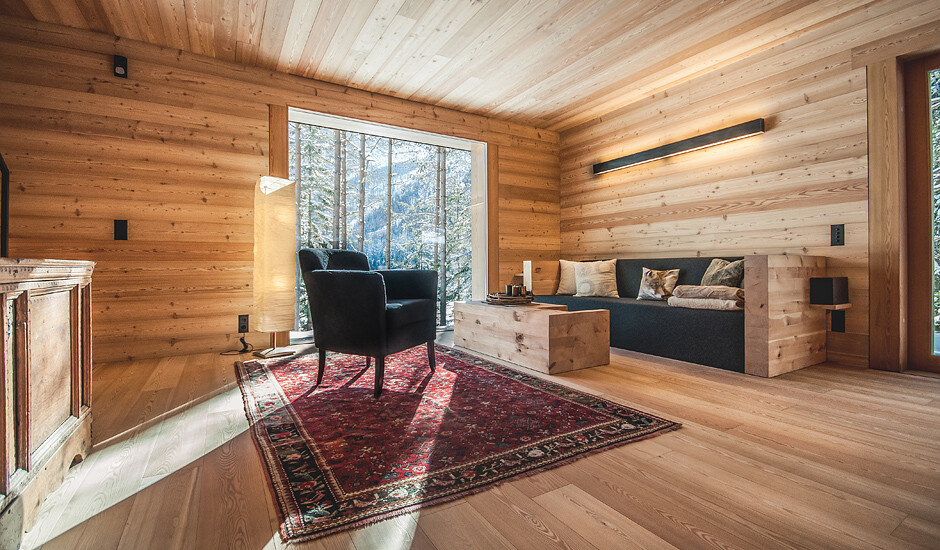 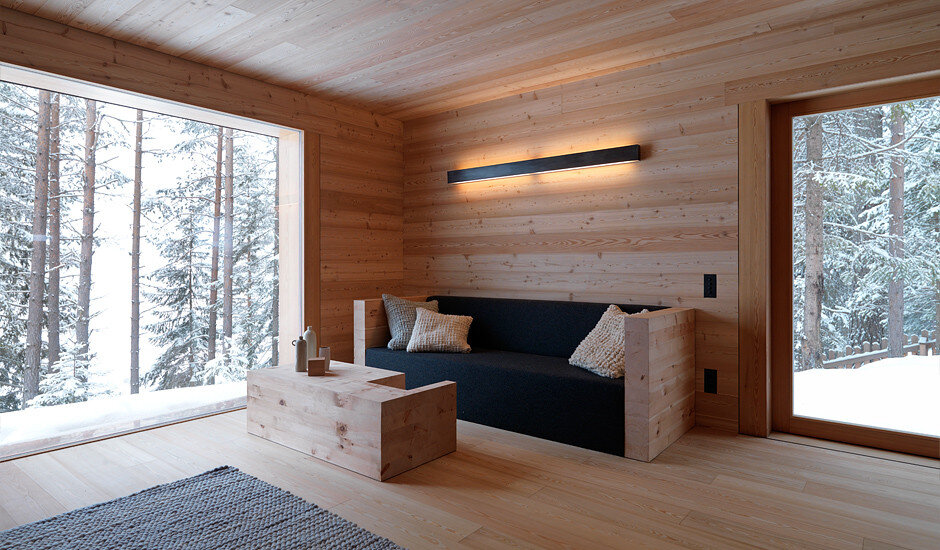 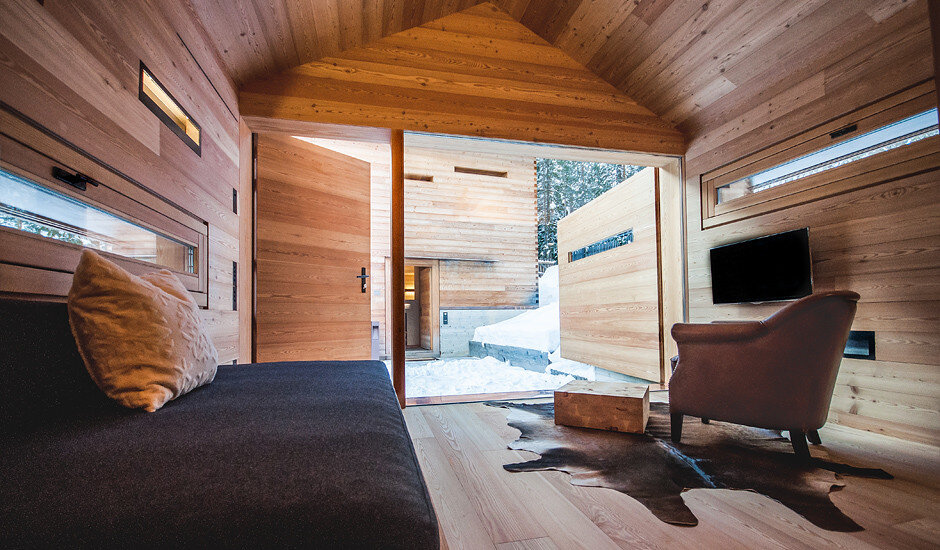 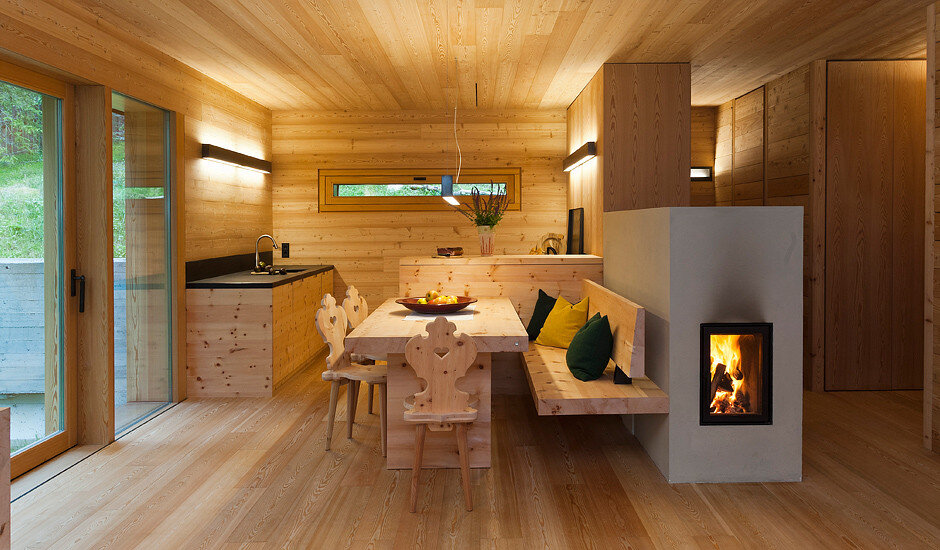 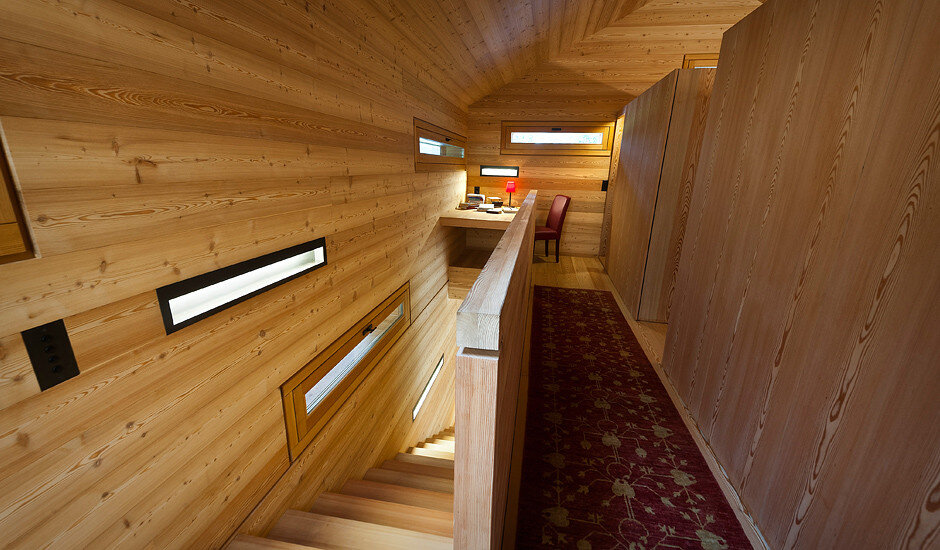 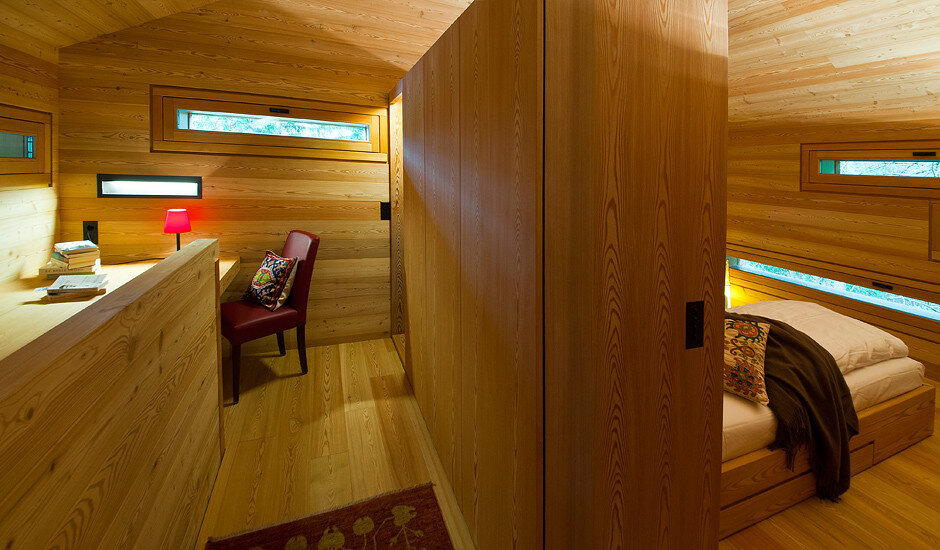 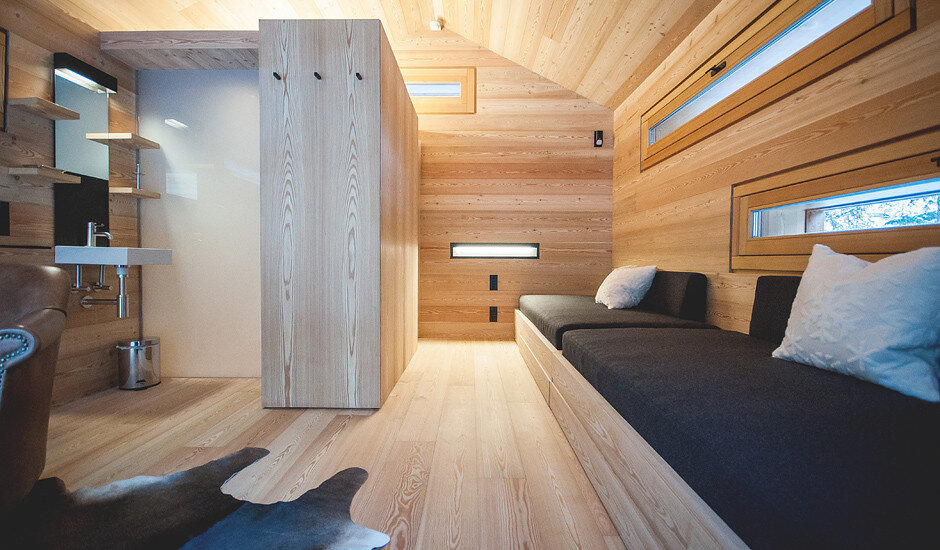 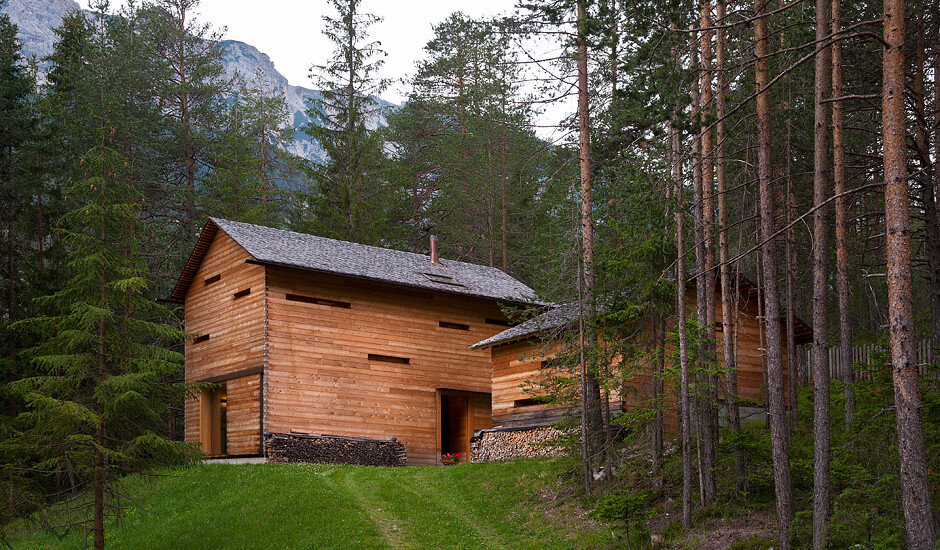