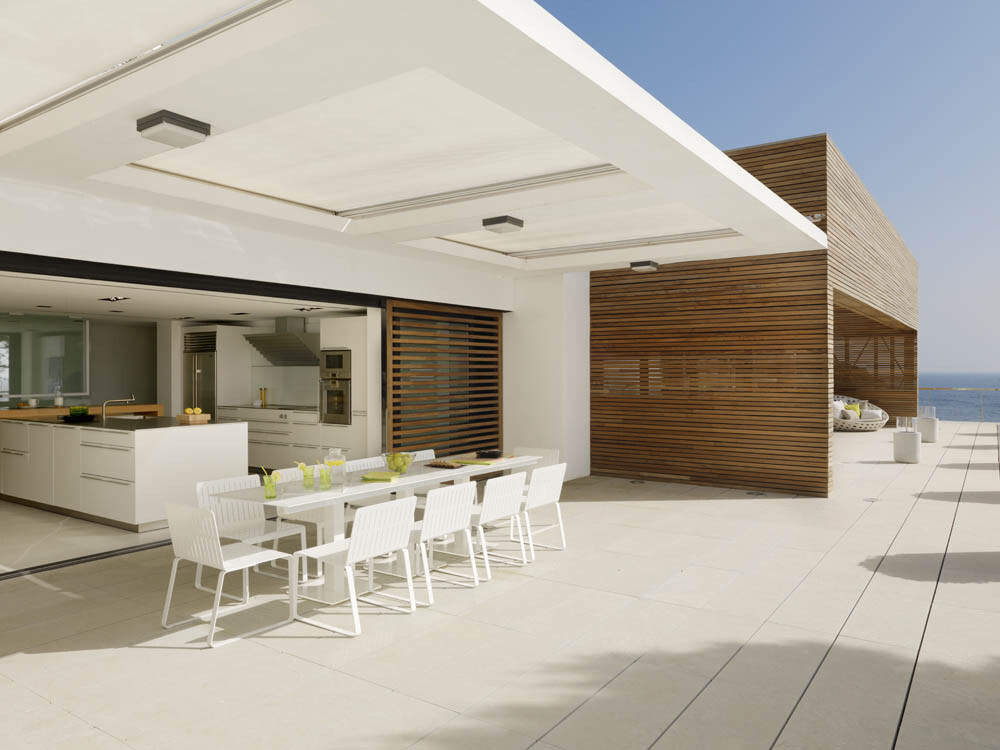 Pure White House was built on top of a cliff, in Almunecar, Granada. Facing the ocean and bathed in light, the house was named “Pure White” because the color white dominates the interior design made by Susanna Cots. The house is divided in five areas. An area dedicated  to guests’ accommodation where all the furniture and decorations are white. Another part of the house, where the designer has resorted to a rich palette of colors, it is designed for children and contains rooms and a playground. 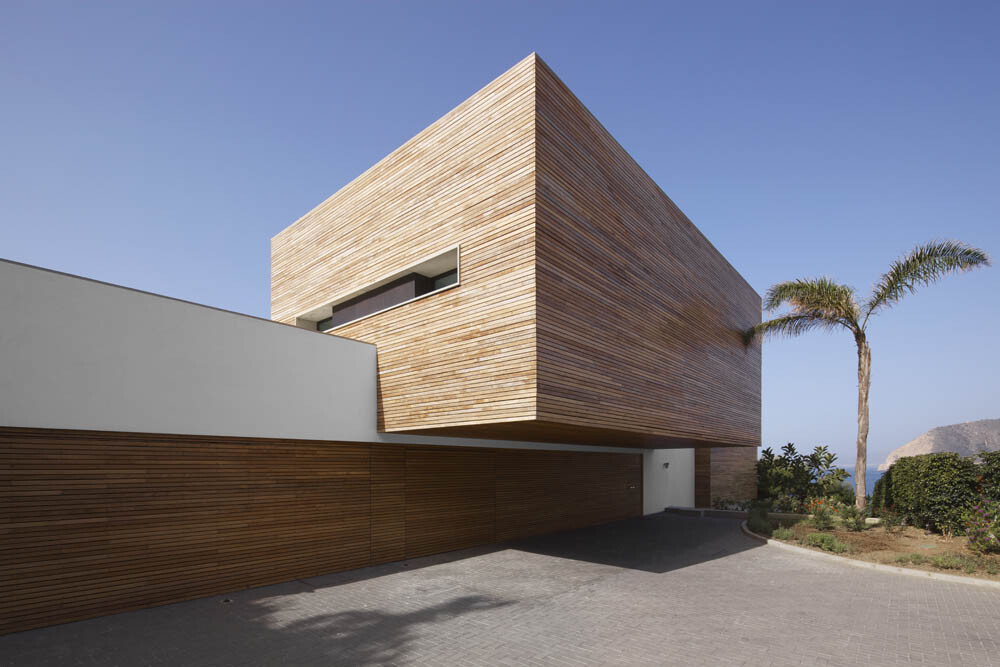 The living room, kitchen and dining room were arranged to look like an extension of the exterior, making you feel near the foaming sea  while you are sitting on the couch. In the upper part of the building, shaped as a cube, is the master suite. The whole room is decorated in white, the only exception being a black carpet that crosses the room and some decorative elements. The area on the ground floor near the pool is paved with the same material as the exterior of the house, in order to fit better in one theme. The white color on which the interior design relies, made by Susanna Cots, gives the house  a relaxing and welcoming  atmosphere as it should be a house situated on the  seashore. 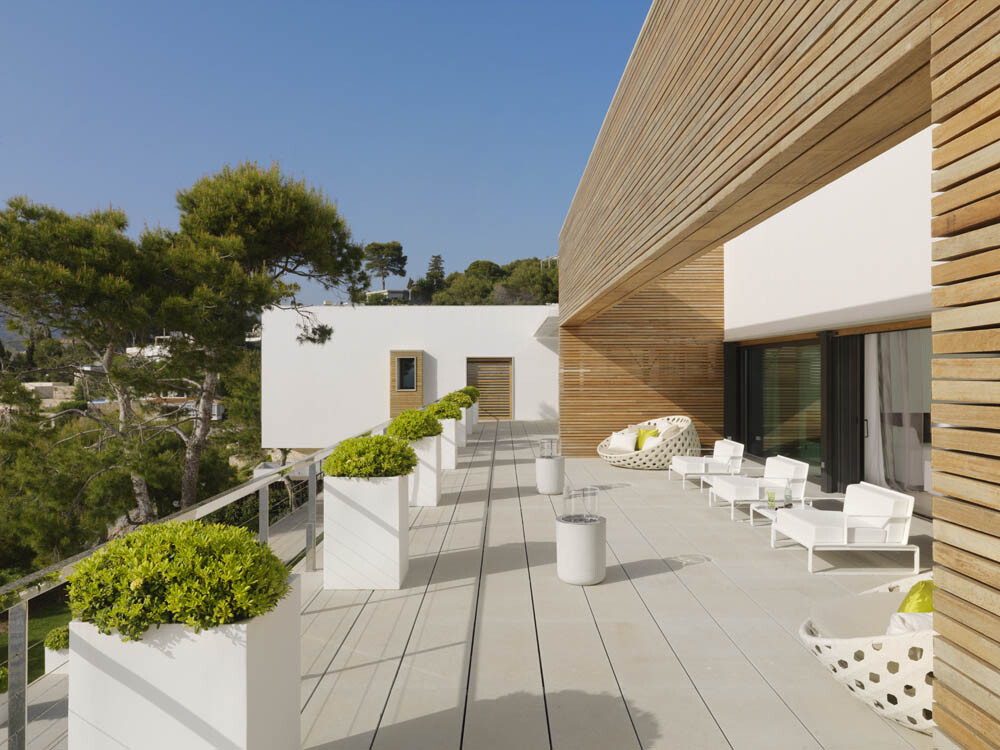 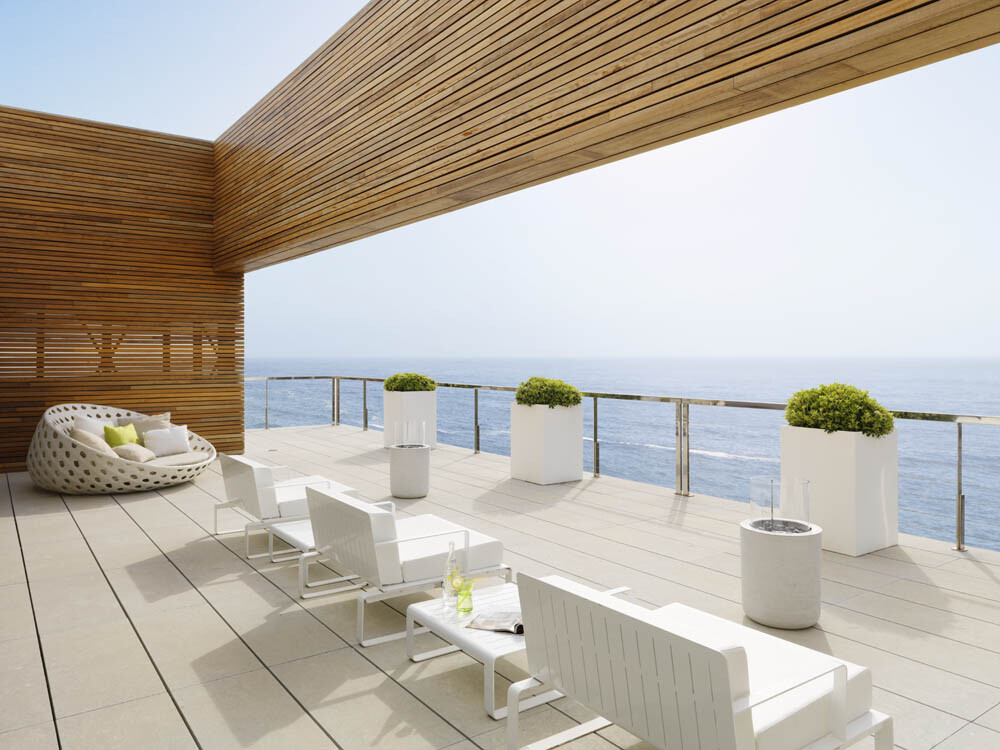 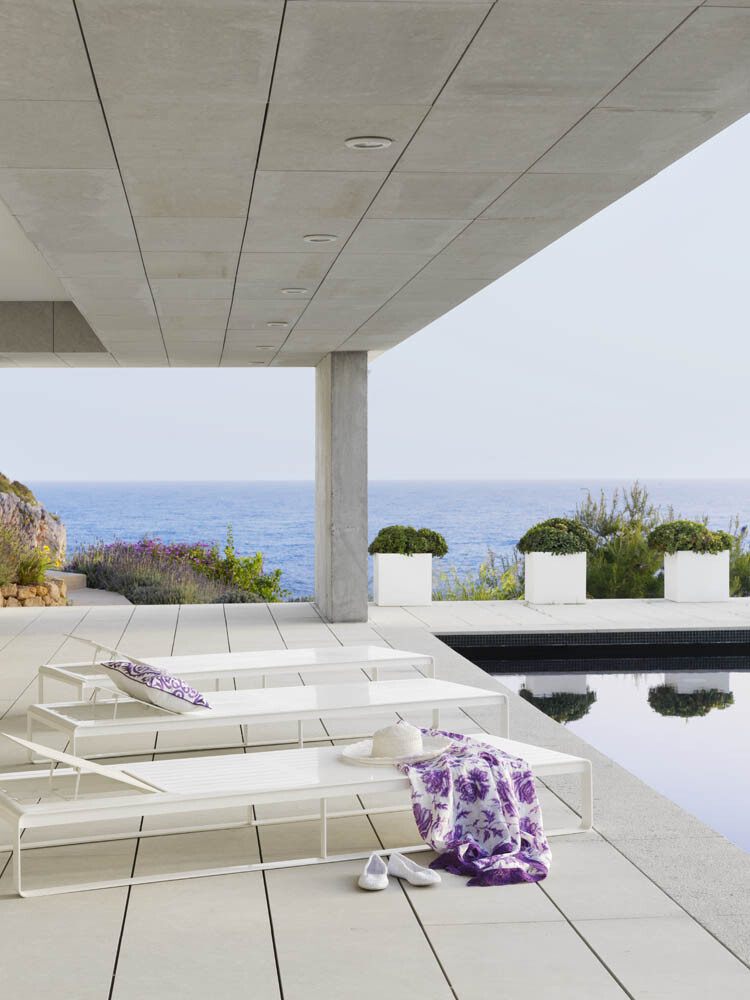 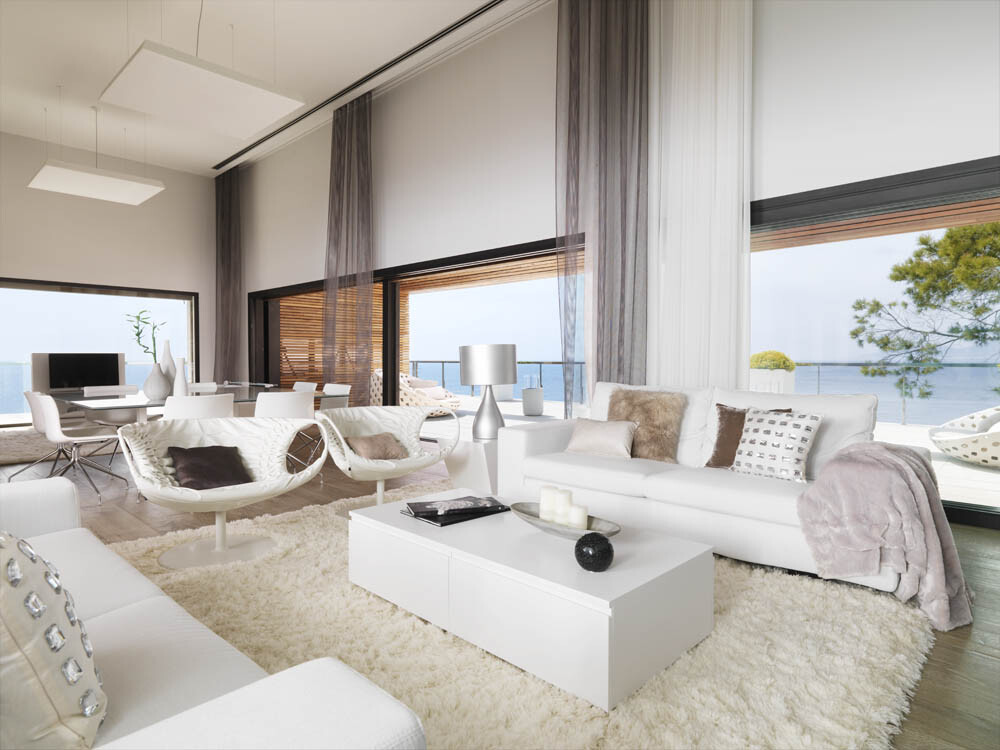 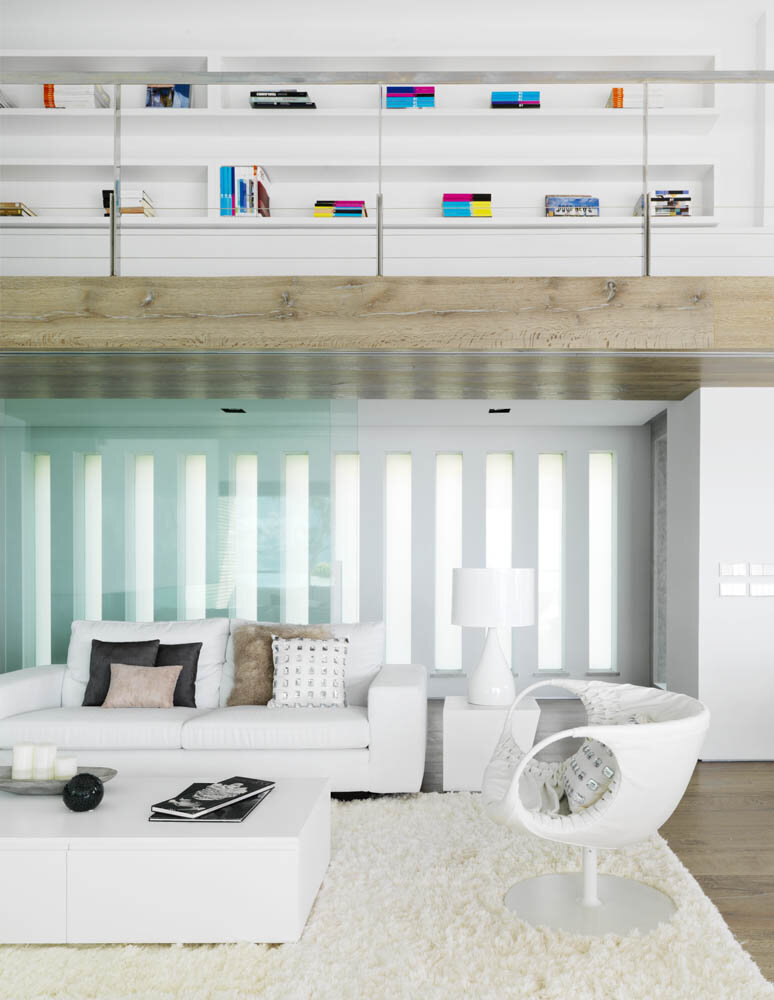 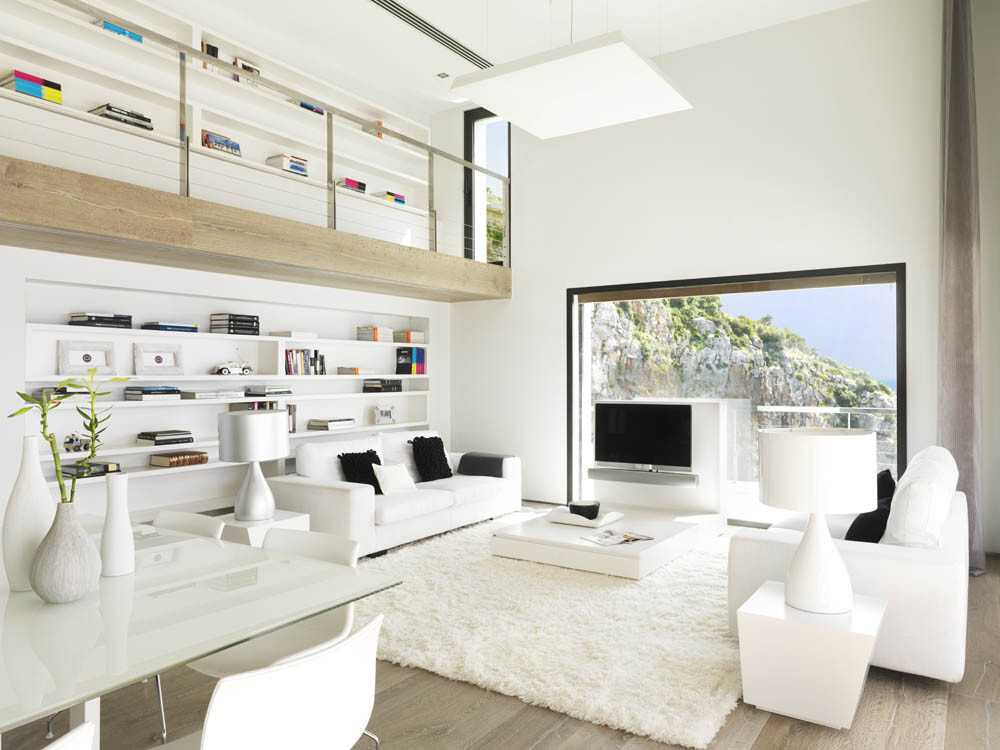 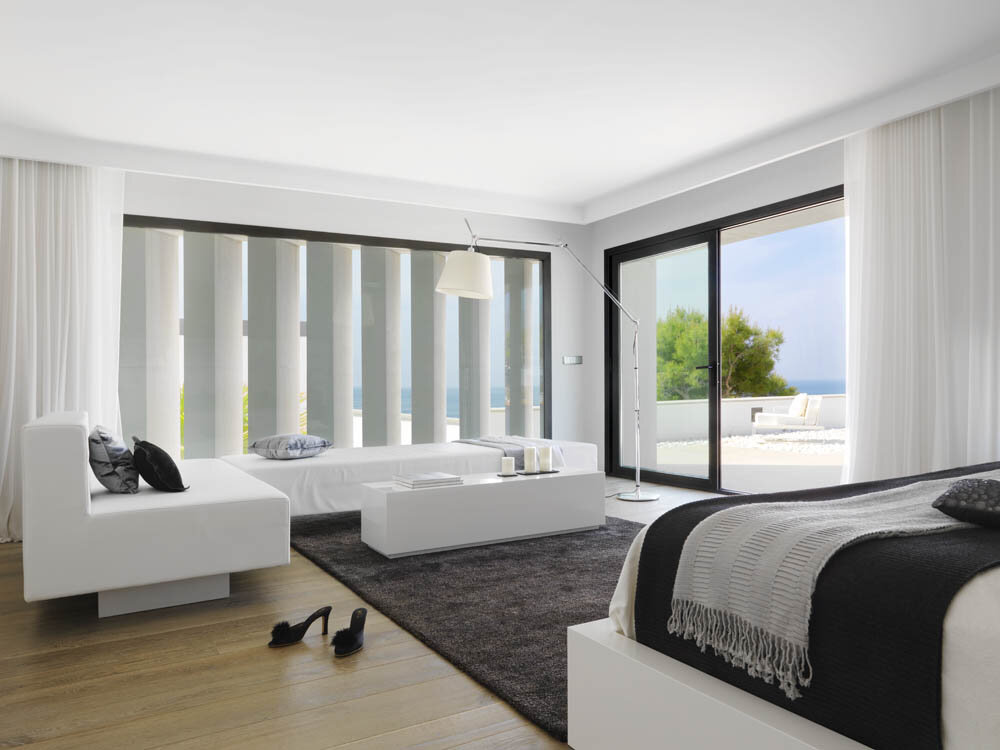 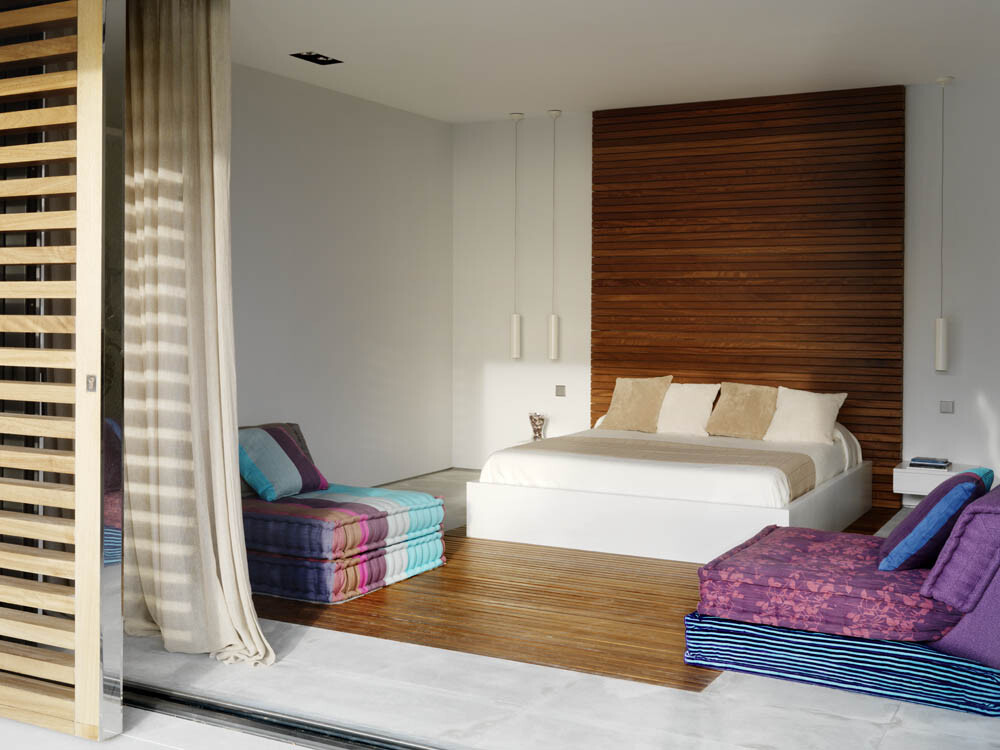 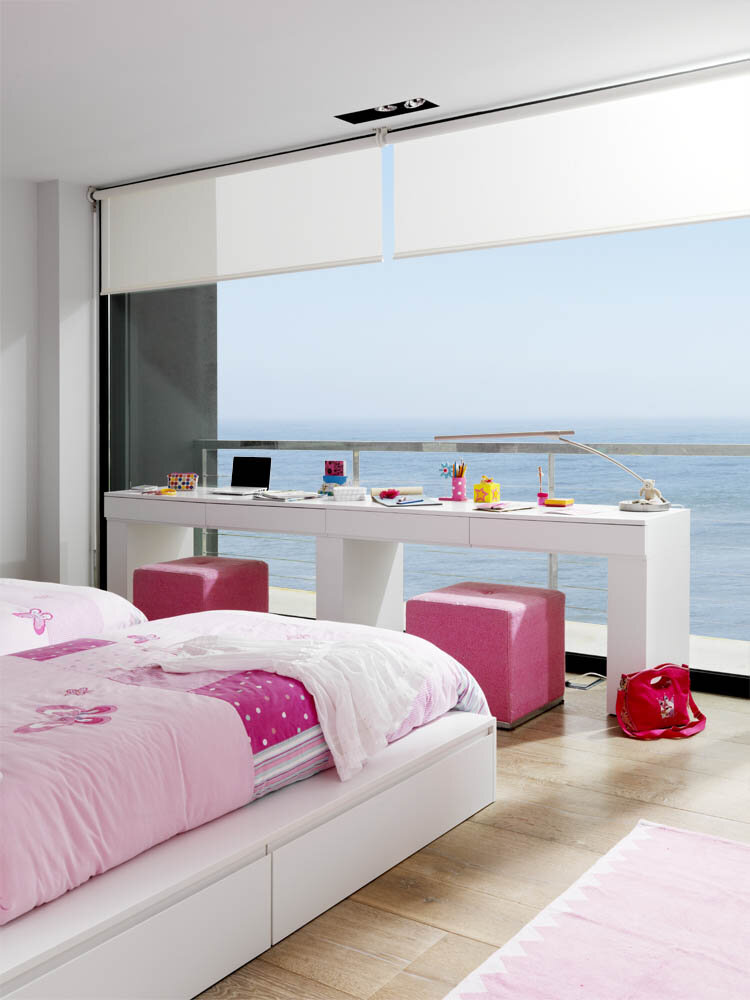 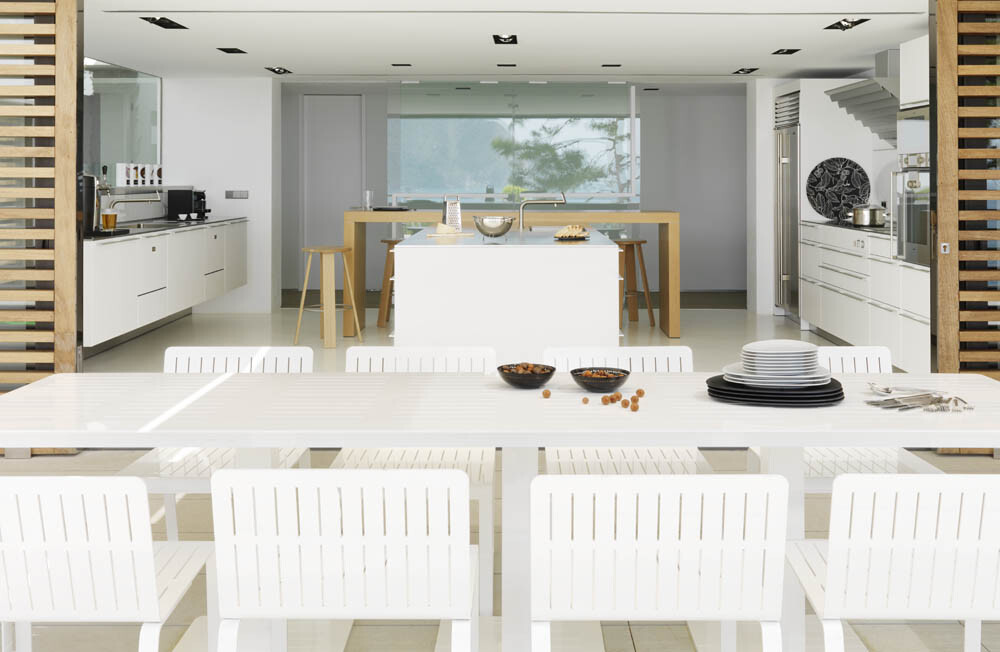 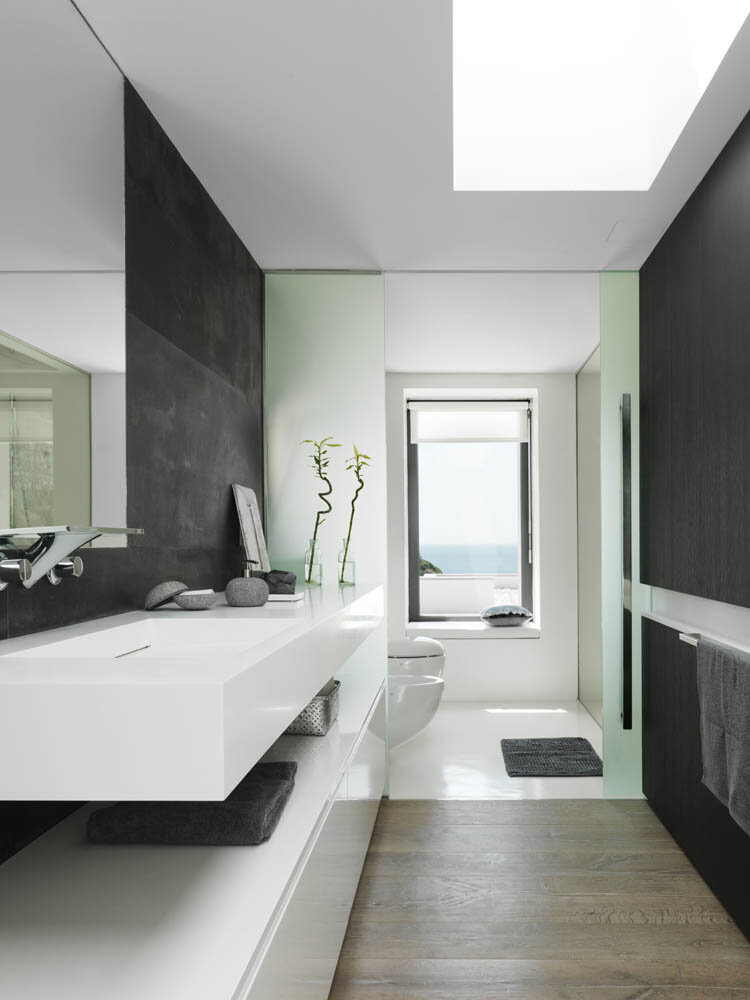