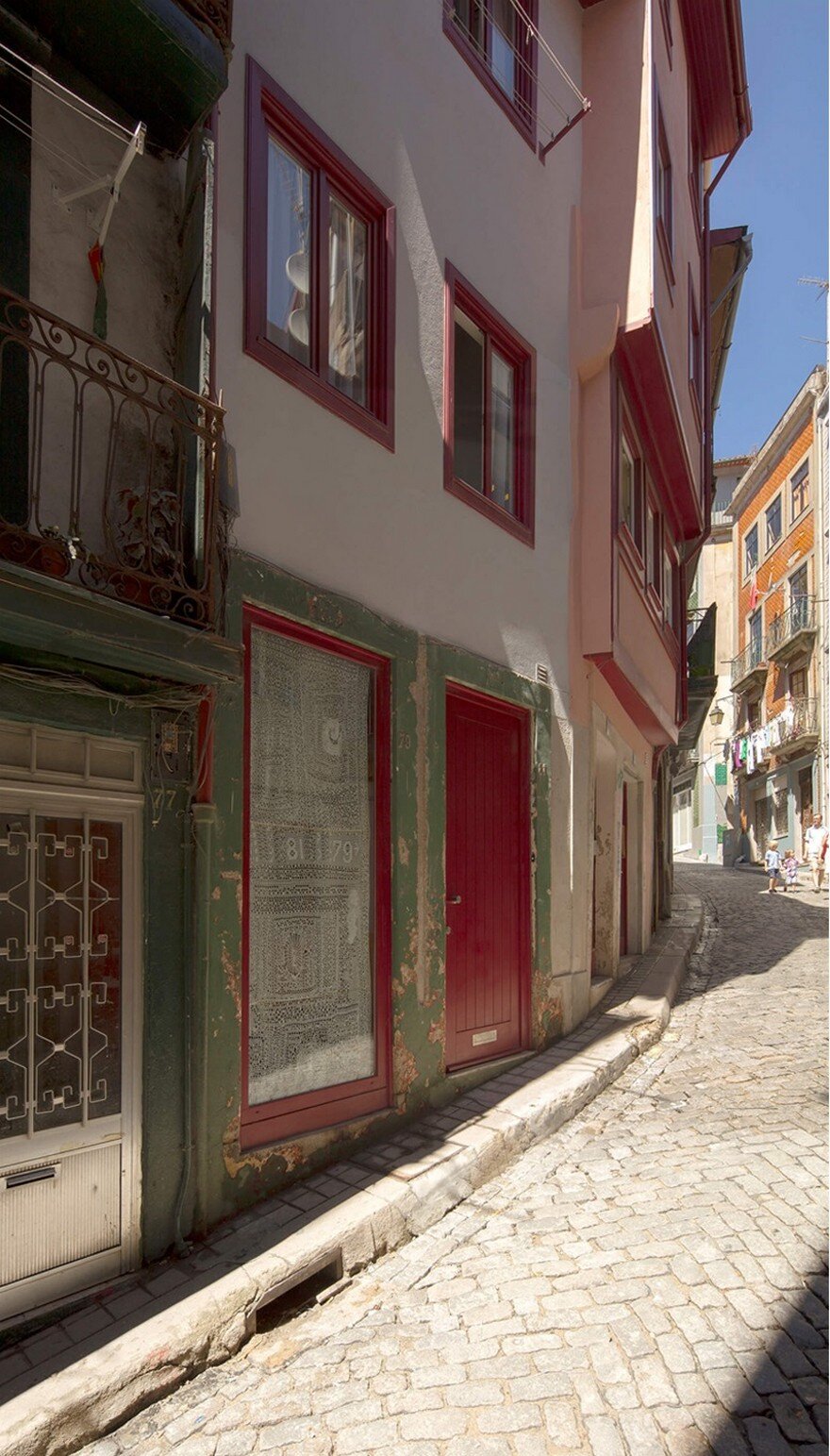 The house is situated on a small triangular plot on Rua dos Caldeireiros, in the centre of Porto. The building has almost 57 m2, distributed over three floors, with a 4-meter façade and a plot end of 75 cm width. Conservation works undertaken on the façade respected the original constructive characteristics: the rendered surfaces were restored and the existing joinery was replaced by new wooden frames. 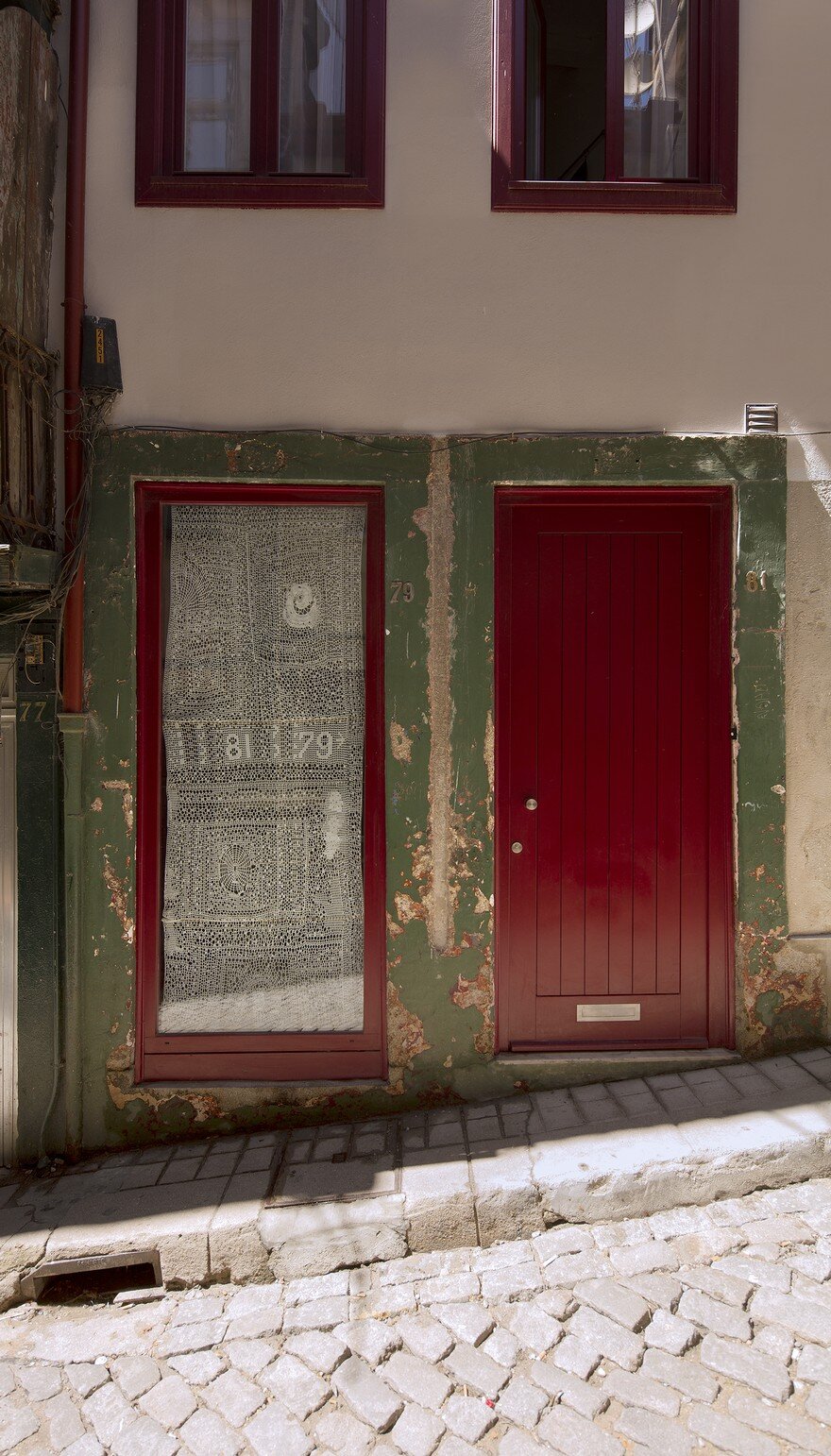 The intervention / rehabilitation sought to give the building its original character back, with a minimum of changes conditioned by the new functional programme. Structurally, the project was reduced to replacing and consolidating a few elements. 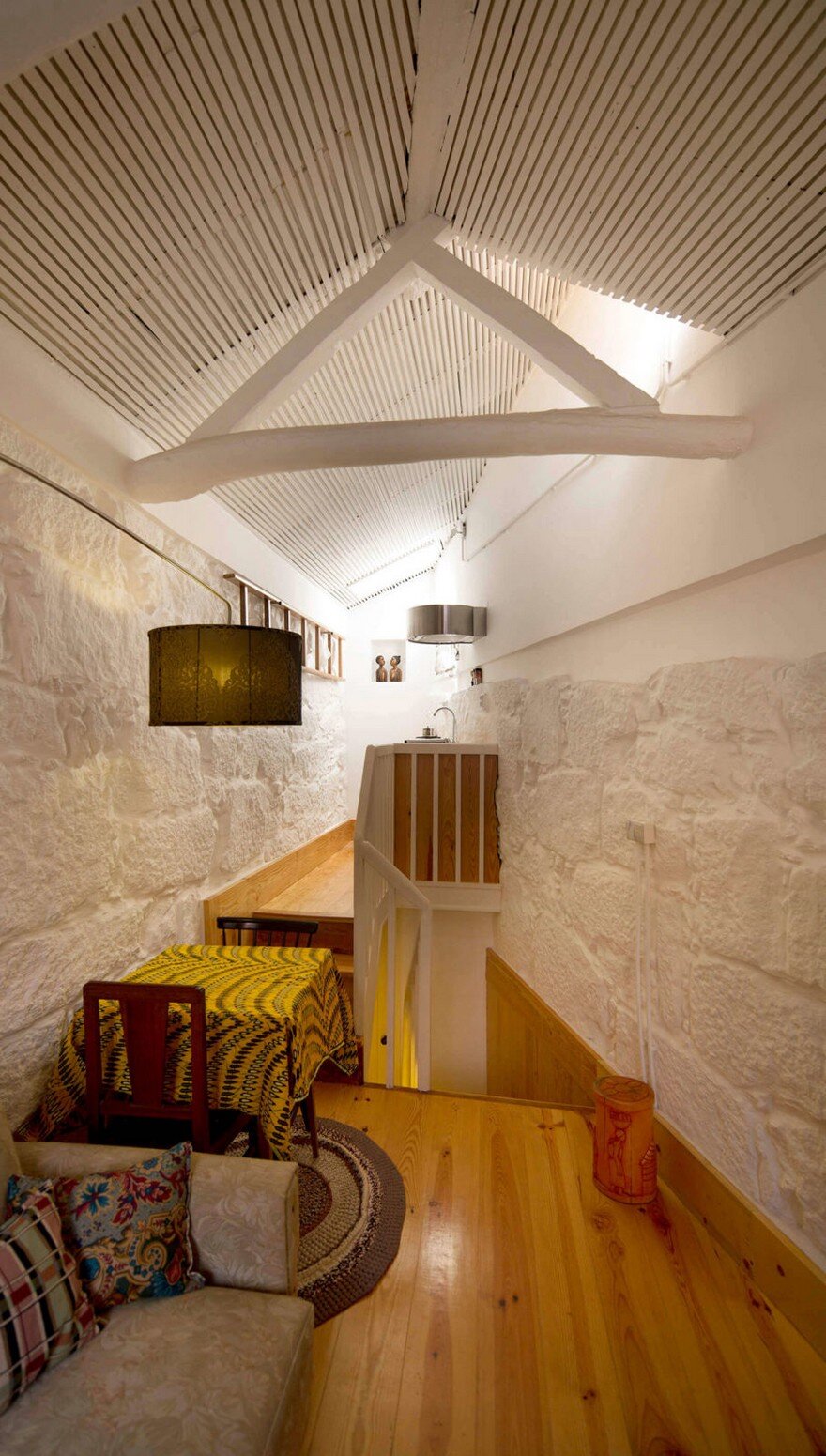 The intervention on the roof consisted in recovering two wooden rafters and replacing the remaining elements with others of similar characteristics to the original, including the reconstruction of the battens that “held up” the stucco ceiling. The process of ‘denuding’ the walls and ceilings revealed the textures of the materials (unified by the white colour applied). 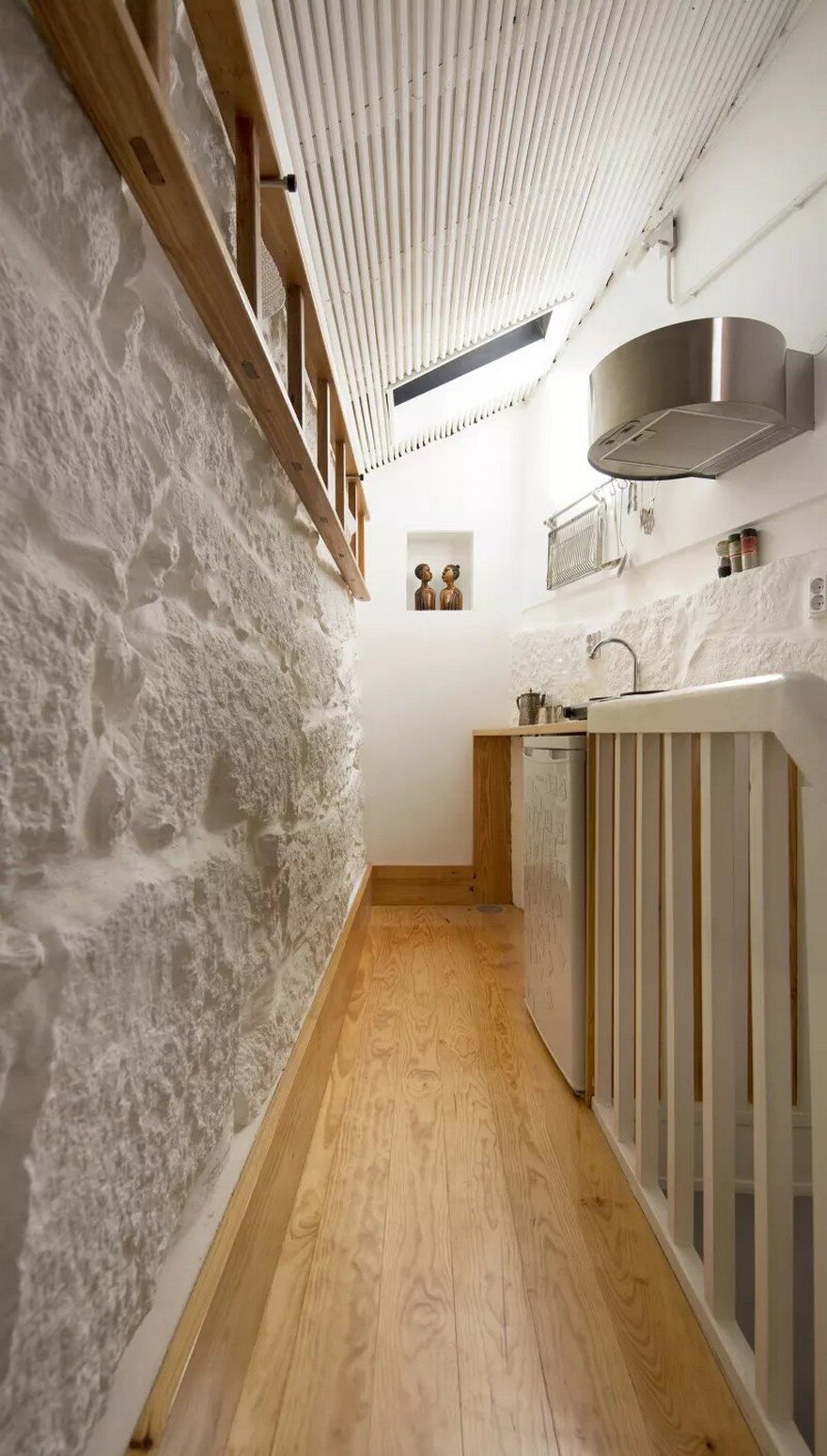 Old connections with the neighbouring houses were uncovered. These ‘discoveries’ inspired the creation of small niches that emphasise the reciprocal relationship between architecture, objects and history. 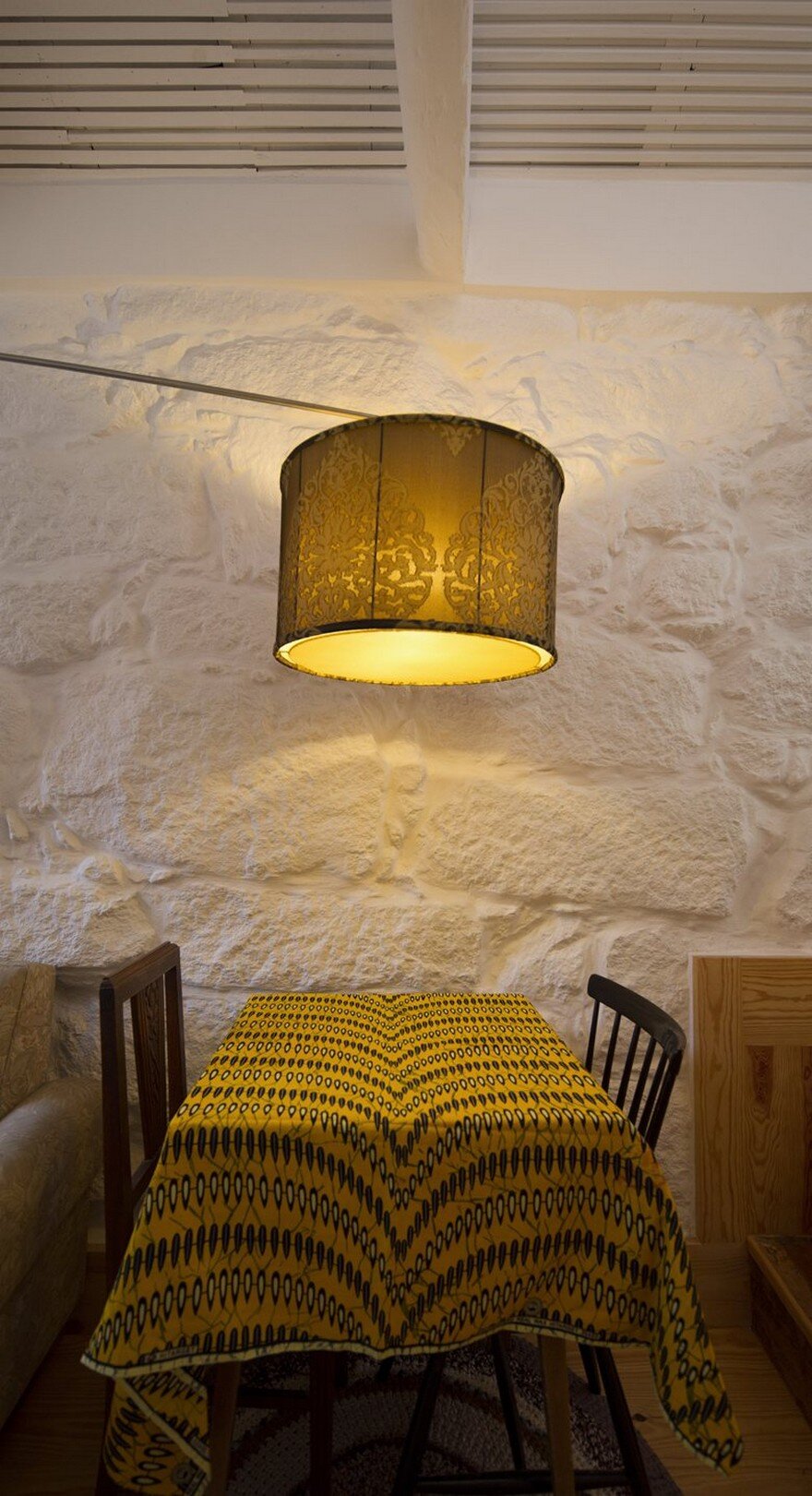 Sporadically, some contemporary pieces were introduced to achieve a balance between new and old elements. The intention of making the house’s ‘skeleton’ visible was also adopted in the storage area, on the ground floor and in the bathrooms, where it was finished with a cement render. In works of this dimension, these simple operations allow surface space and height to be ‘gained’, providing the small house with a level of convenience in keeping with a contemporary quality of life. 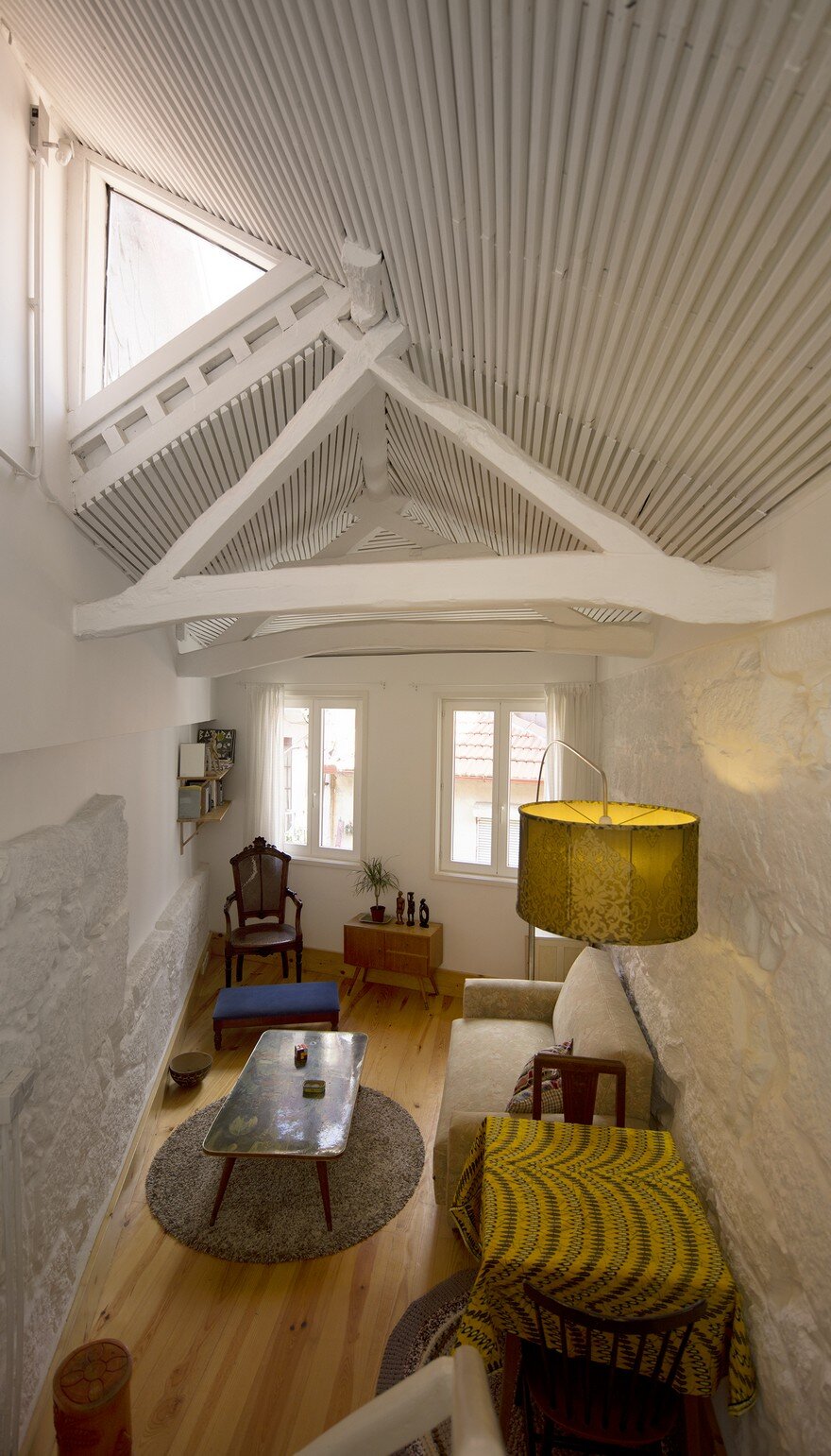 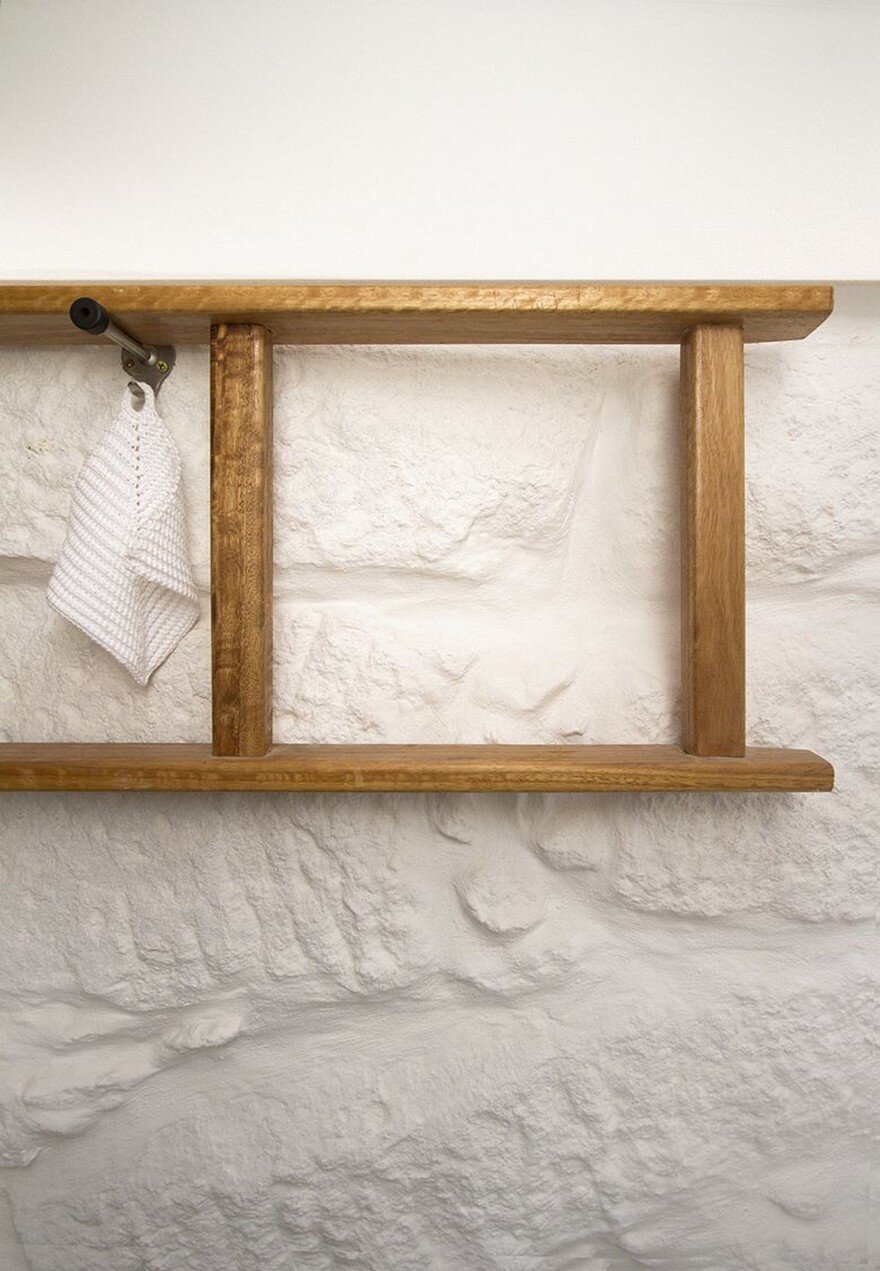 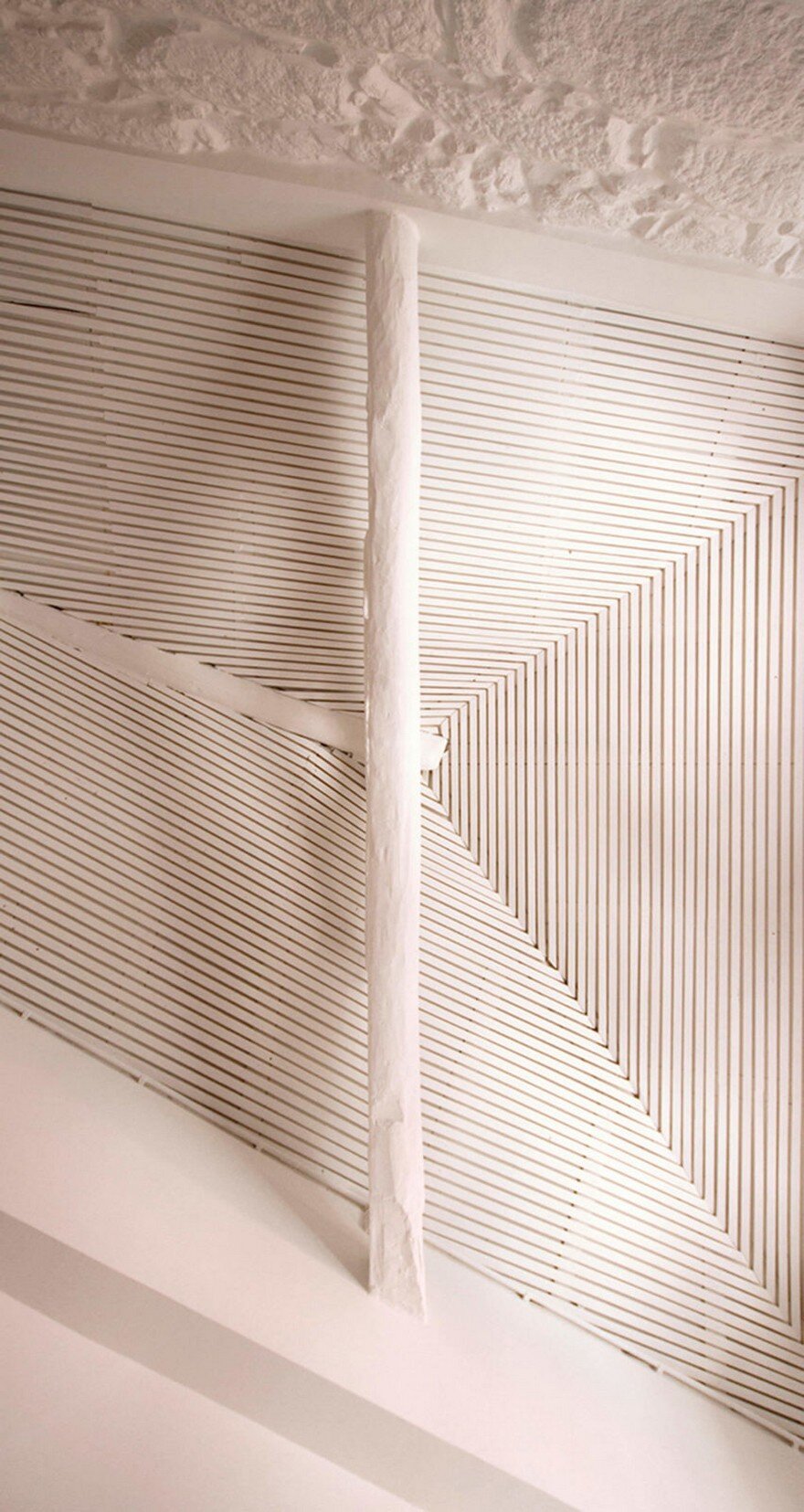 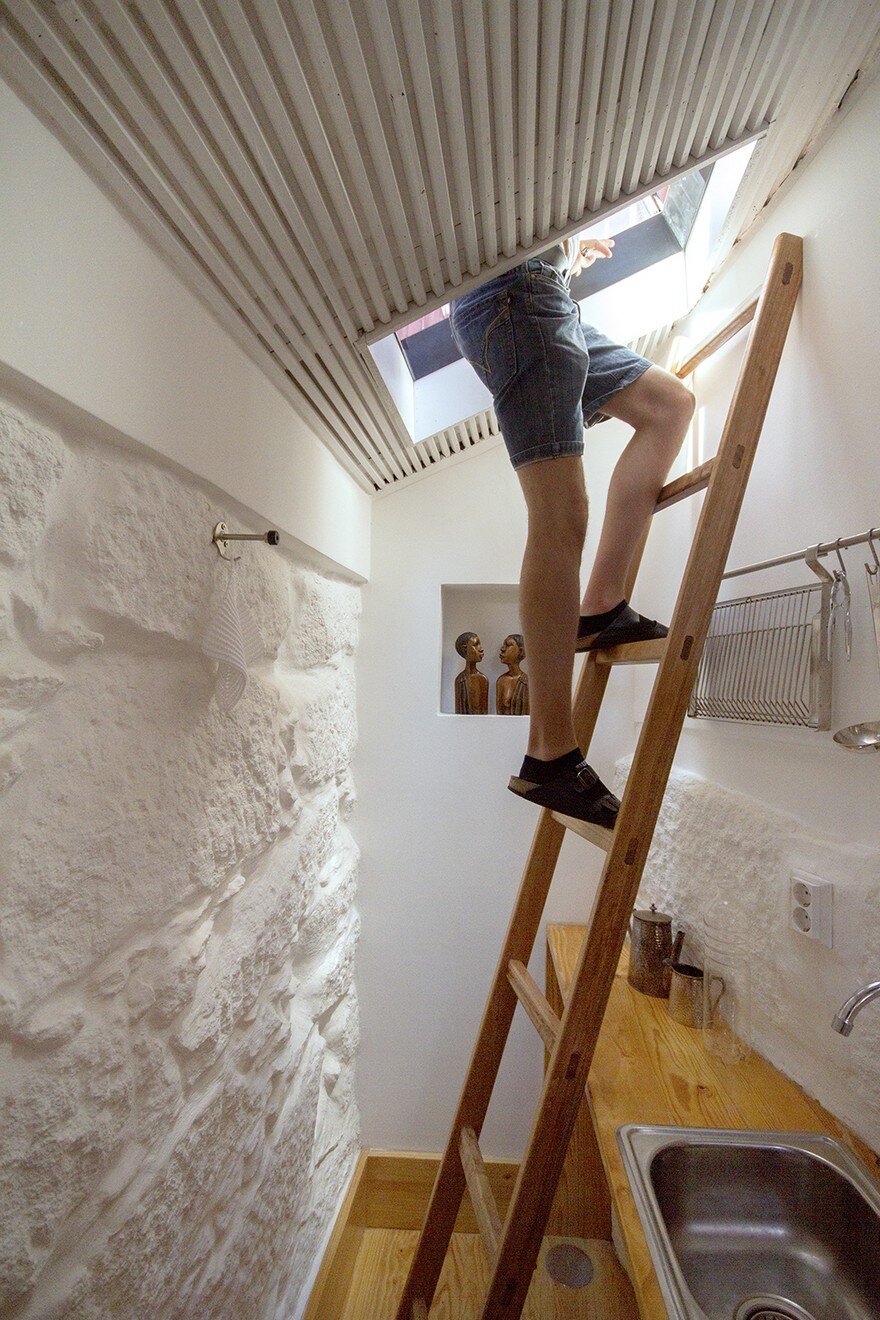 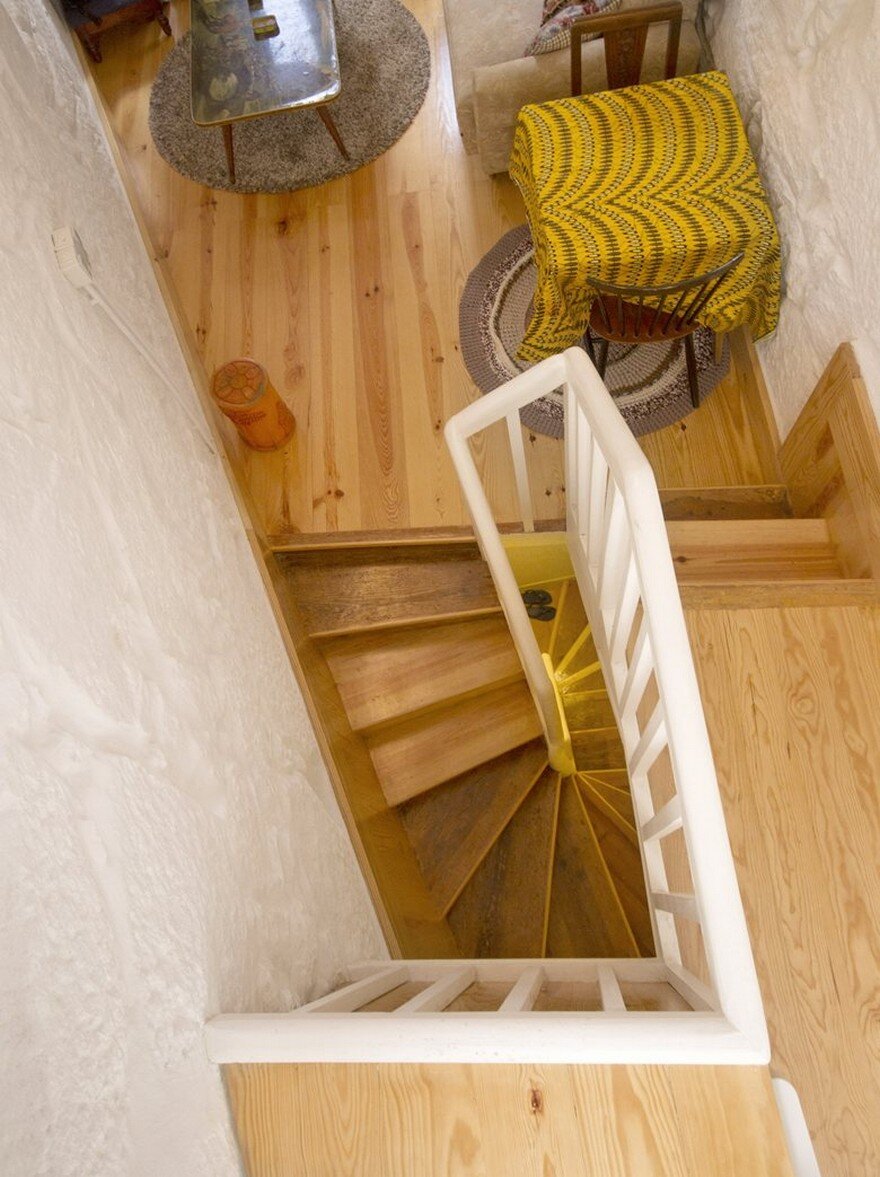 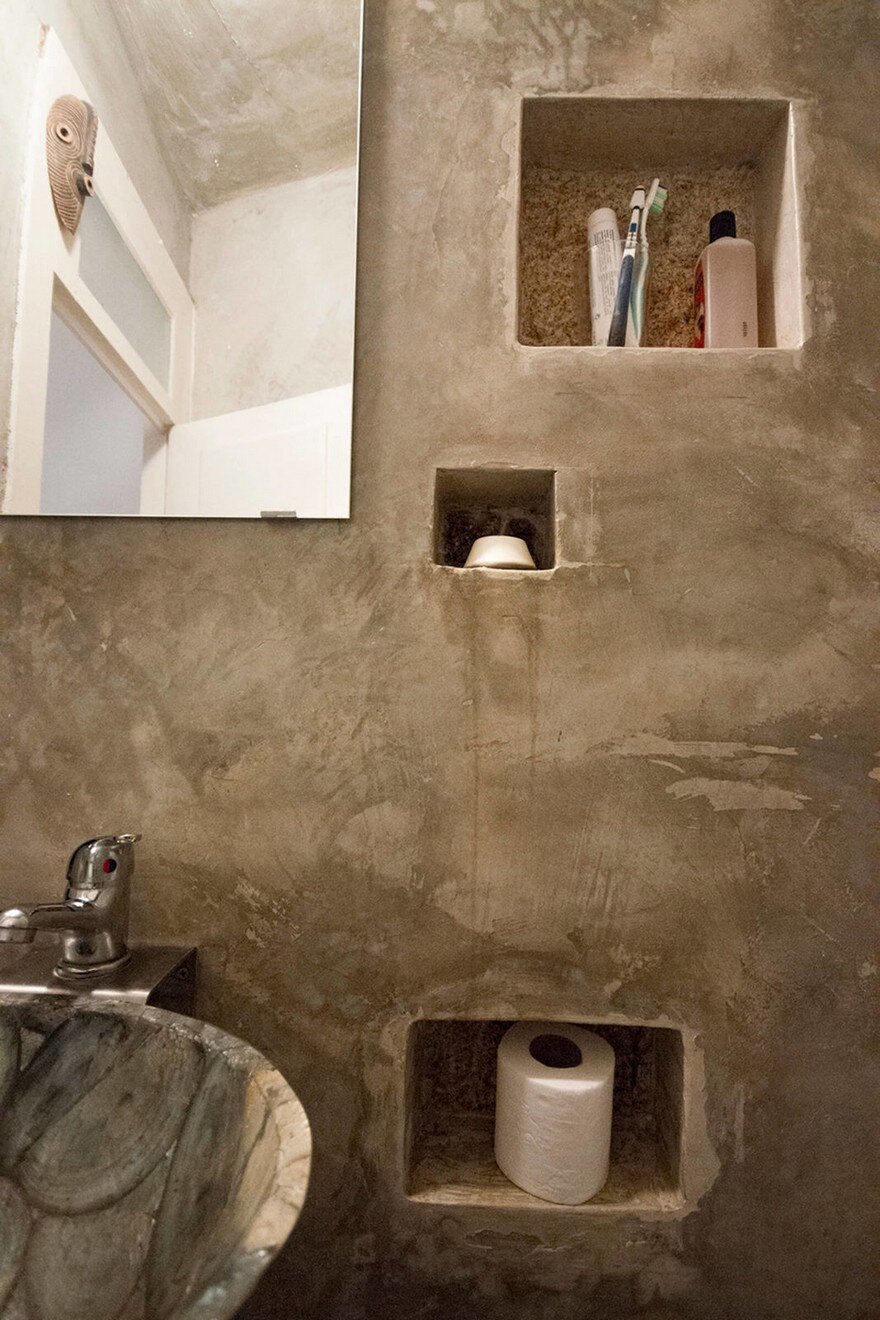 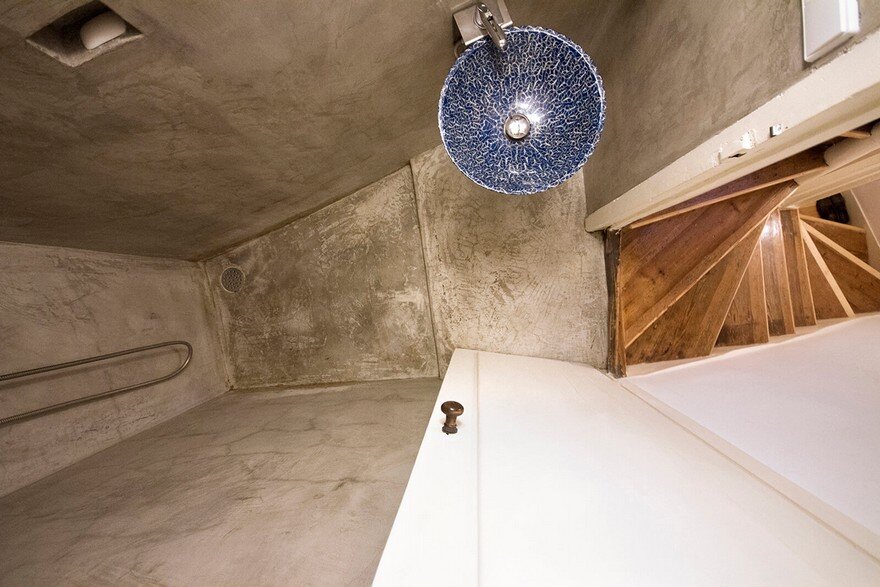