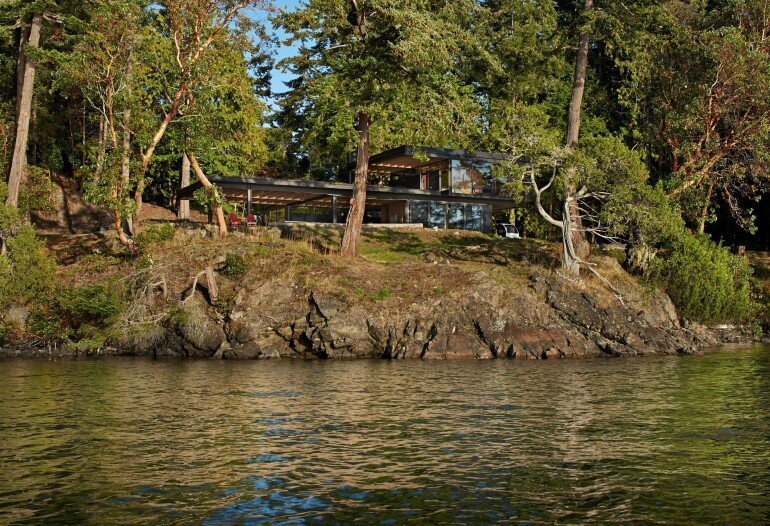 Description by Olson Kundig: Nestled into a dense, wooded shoreline site, this intimate retreat serves as a gathering space for friends and family throughout the year, but takes particular advantage of the temperate Pacific Northwest summers. This waterfront house is situated to hug the dense woods while directing views out over the meadow and nearby harbor to the Salish Sea and the San Juan Islands archipelago, which separates Washington State from Canada. 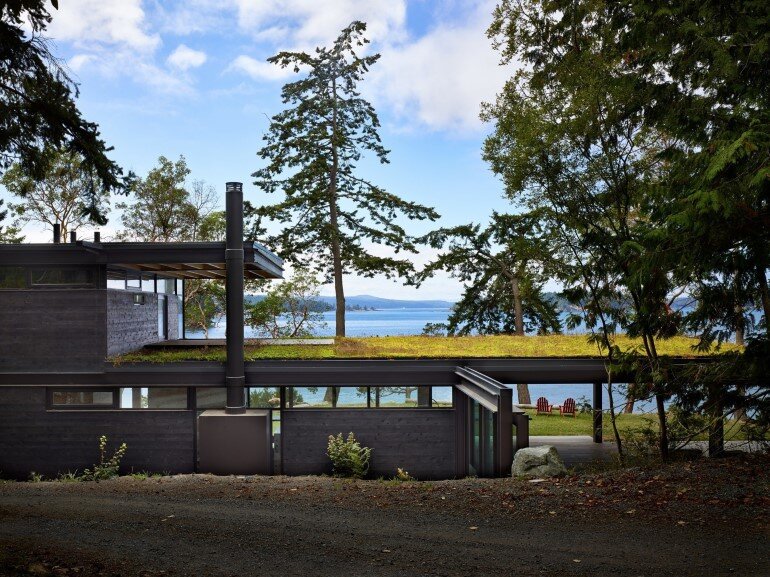 The house blends into its surroundings through its horizontal proportions. The slightly charred cedar siding is done with a technique called shou-sugi-ban, a traditional Japanese method. It naturally preserves the wood, making the cedar less of a target for insects, rot, and fire. It gives it a very dark, slightly silvery color that changes over time. 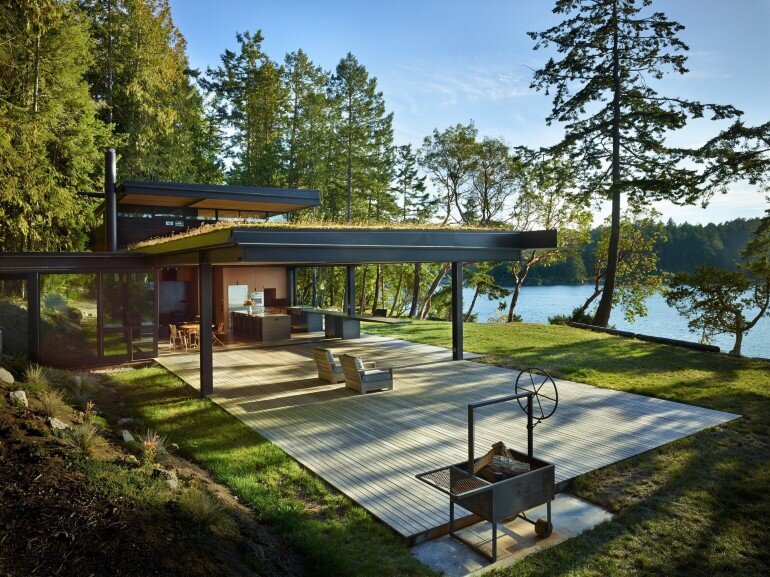 We made the space as flexible as possible to allow for numerous potential uses in all four seasons. In the warmer months, you can completely open up the pavilion window walls (using a walk-along hand wheel, meaning, you walk as you turn it) to accommodate a big crowd and to dissolve the line between building and site to create an expansive indoor/outdoor living space with spectacular views. Interior and exterior become one and the same—embodied, for instance, in that cantilevered kitchen counter that extends out onto the deck. 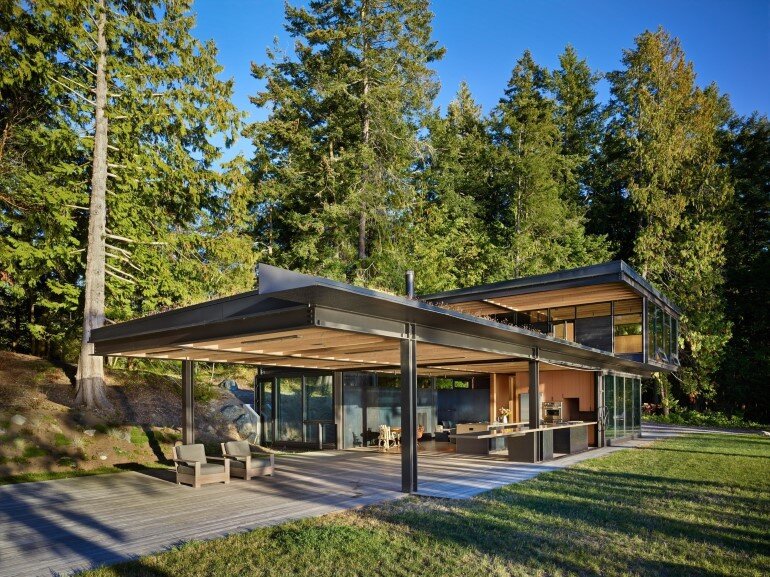 A hand-cranked wheel connected to a set of gears and chains, like those of a bicycle, allow the nine-foot-tall glass walls—the largest of which is 20 feet long—to move effortlessly. When open, the window walls unite the living and kitchen areas with the expansive deck whose size nearly equals that of the building footprint. 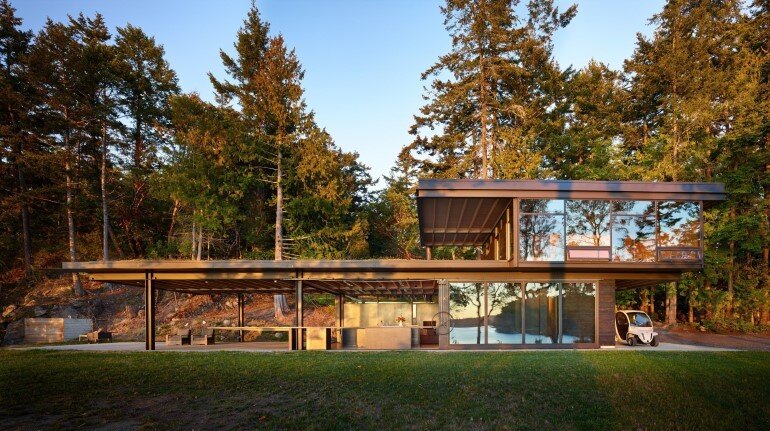 The one bedroom reflects the theme of flexibility in that the Murphy bed can pop out and, for example, the kids can have a sleepover. It’s also a place to escape to. Viewed from the bedroom, the green roof is a little “meadow” that affords a great degree of privacy from the public spaces below. The hard exterior shell of steel and charred siding is juxtaposed with a soft interior palette of pine with wood rafters exposed throughout the space. 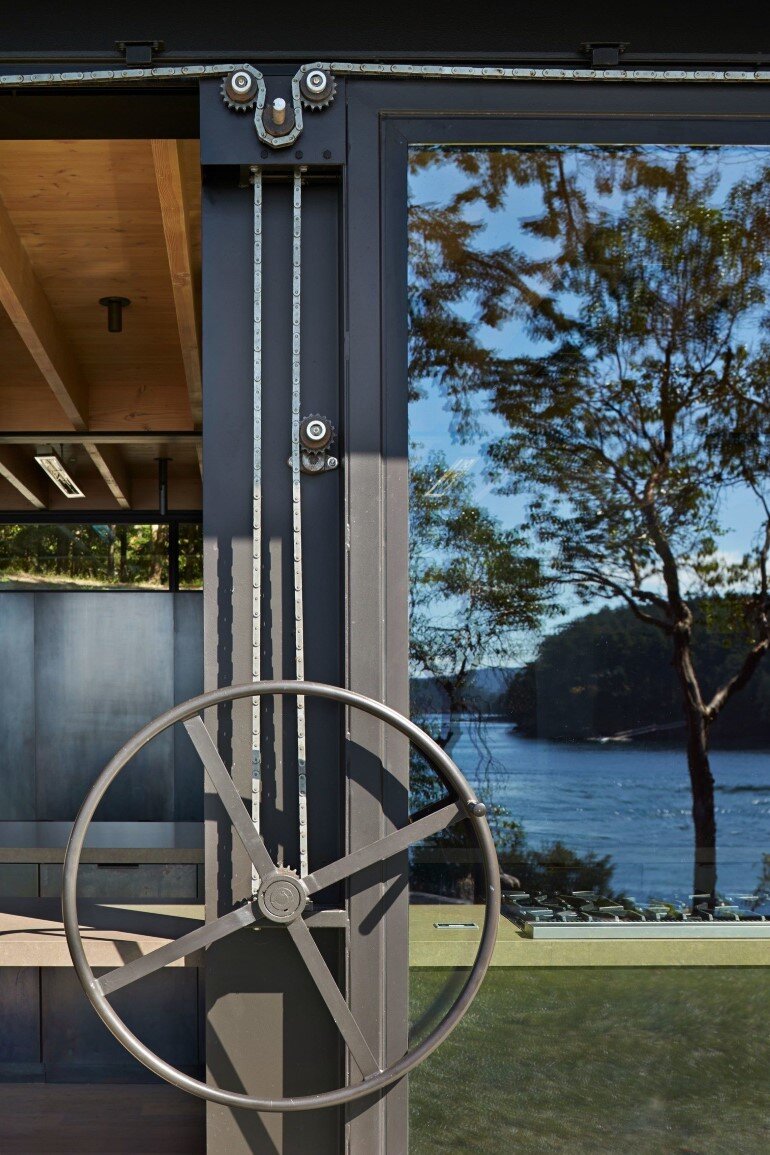 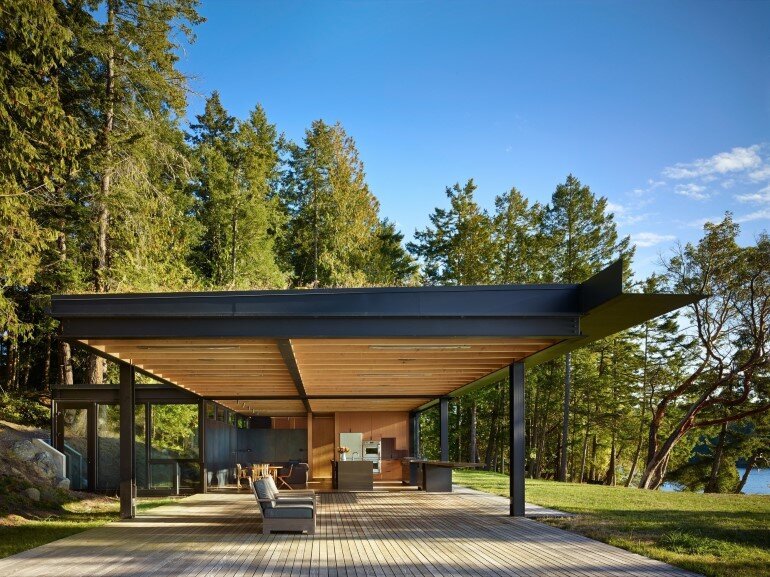 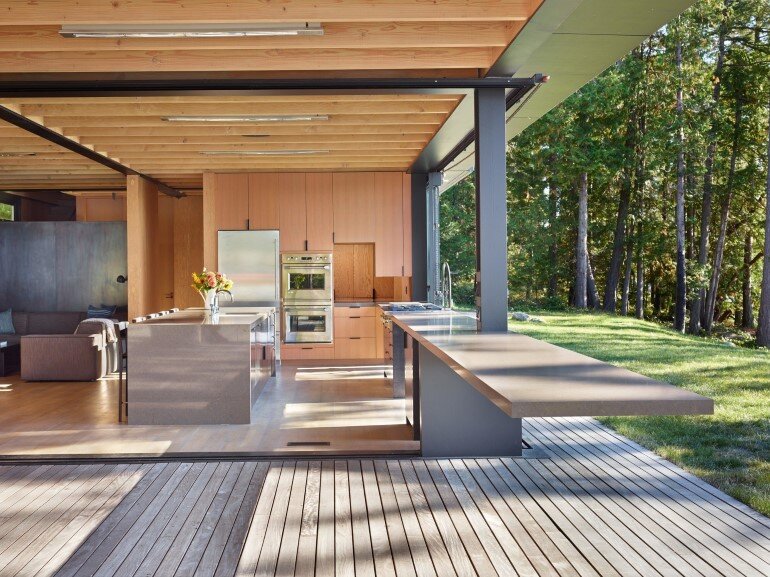 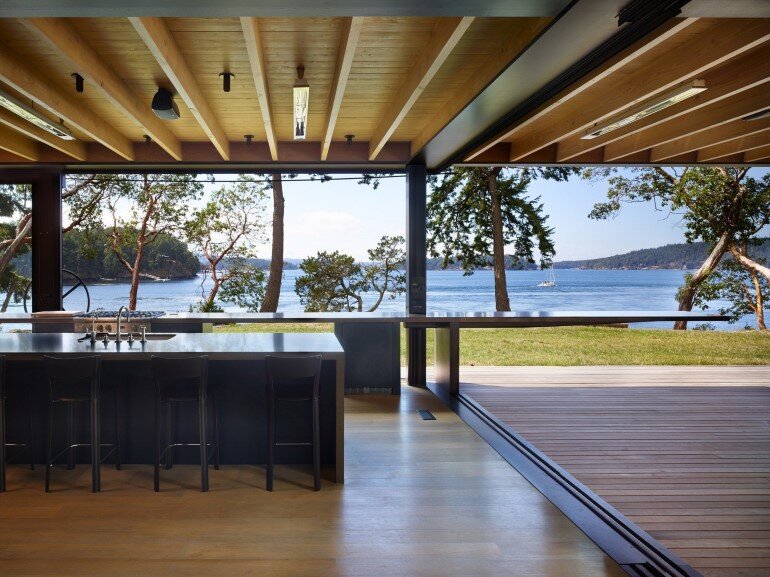 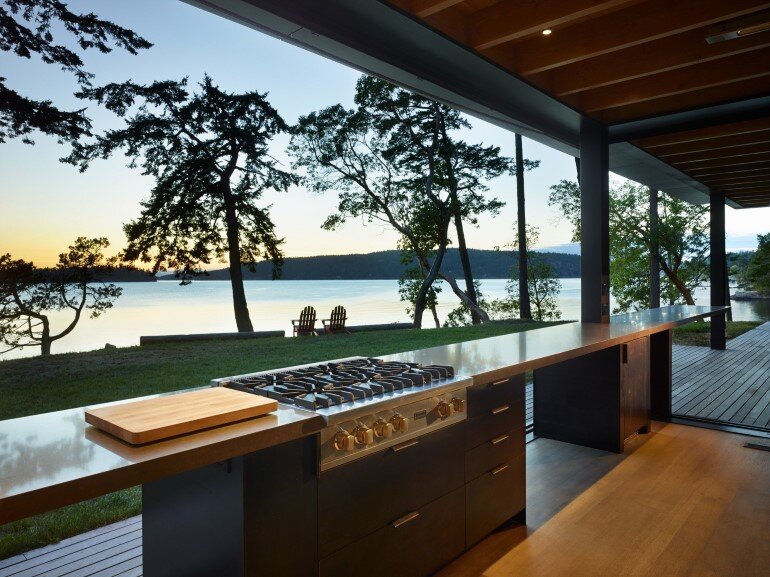 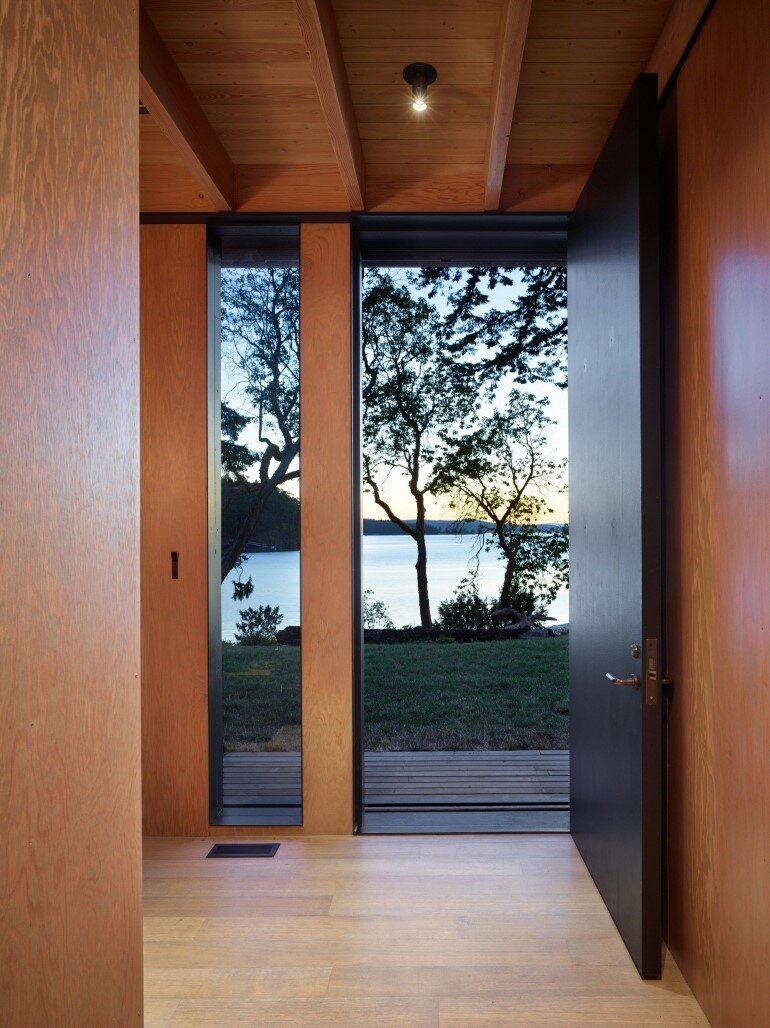 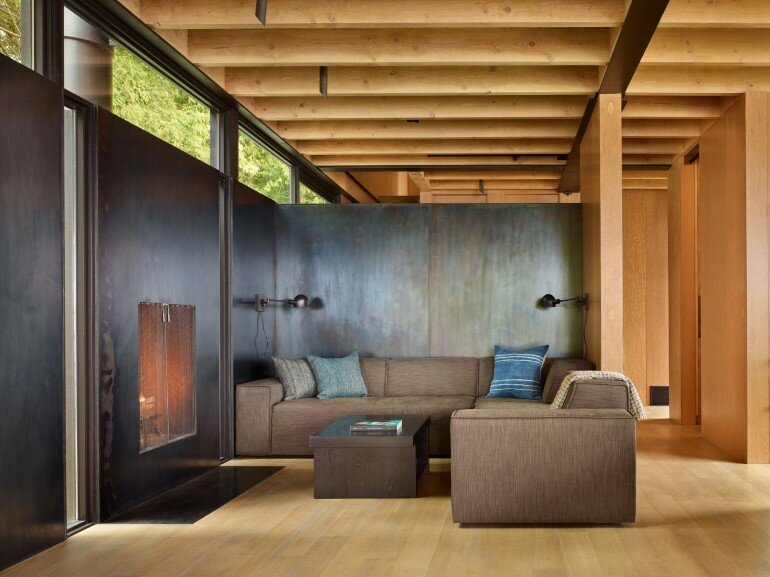 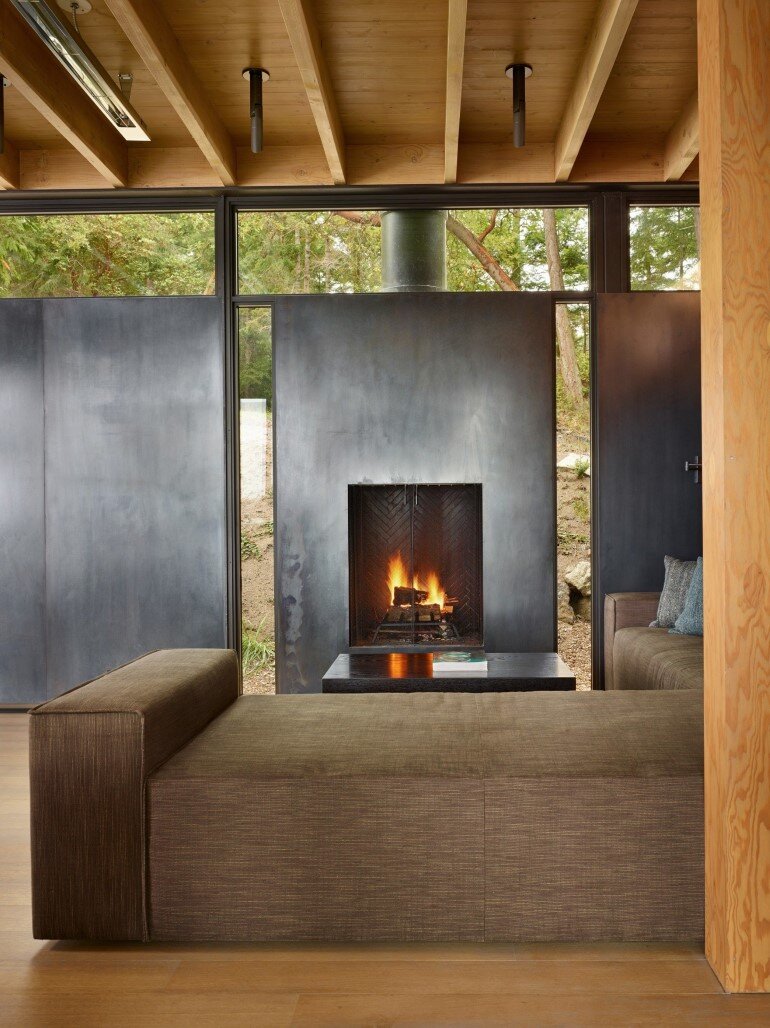 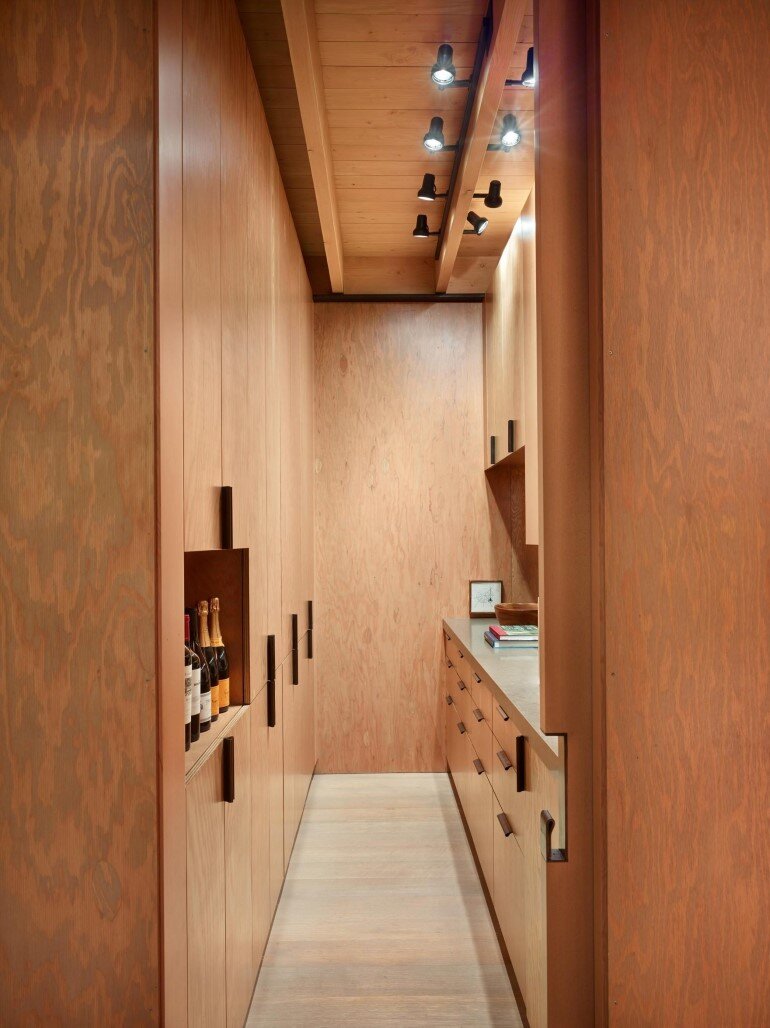 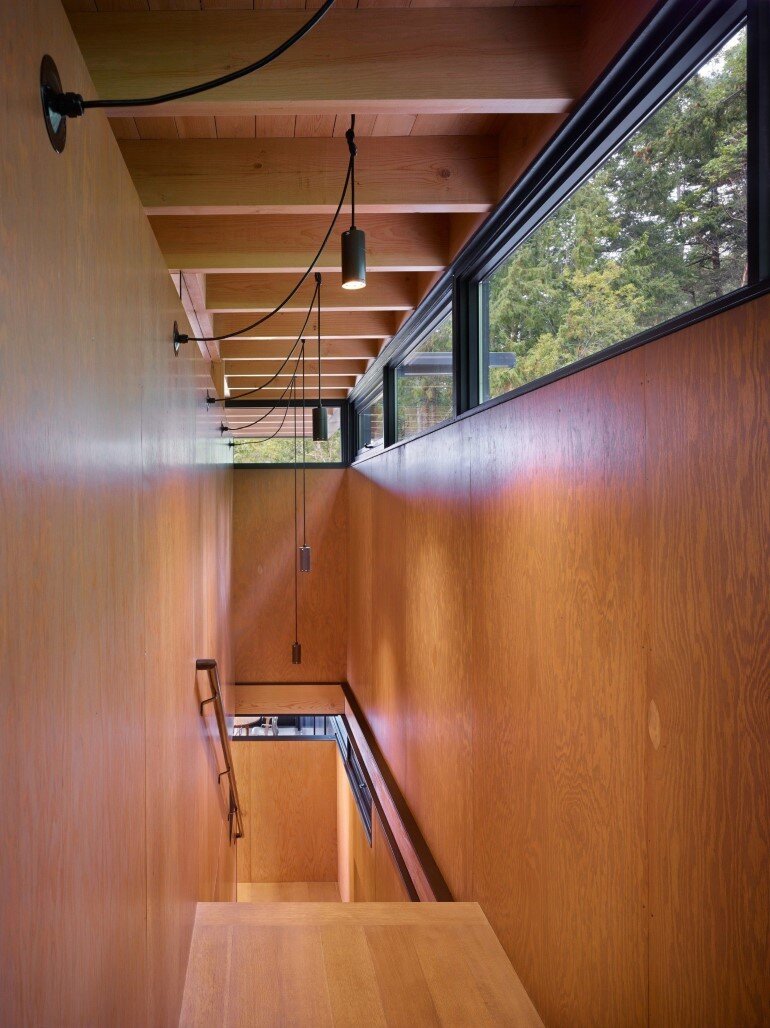 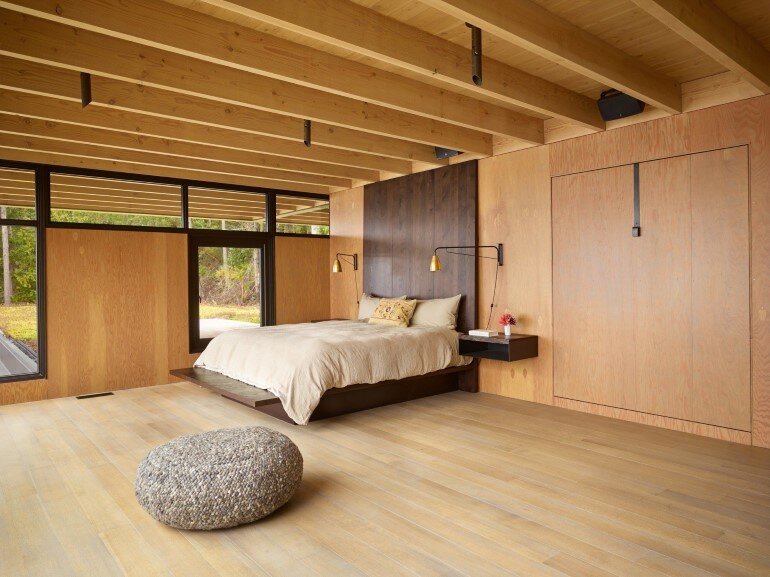 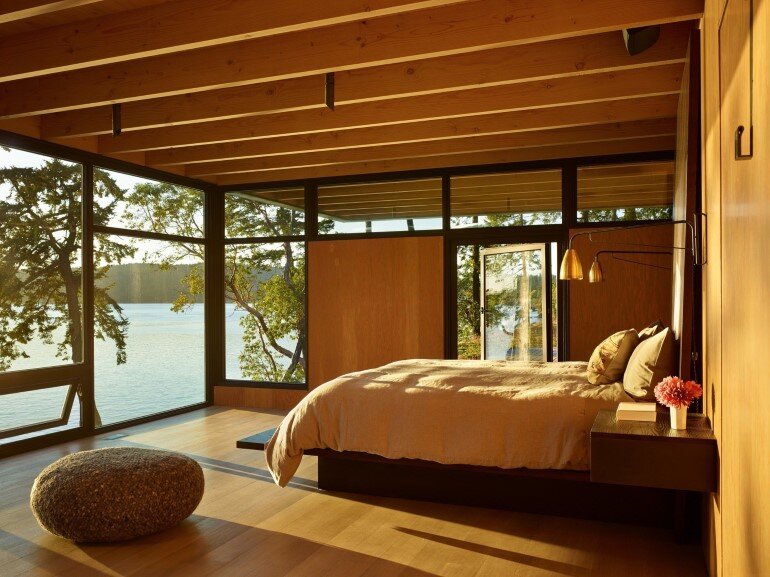 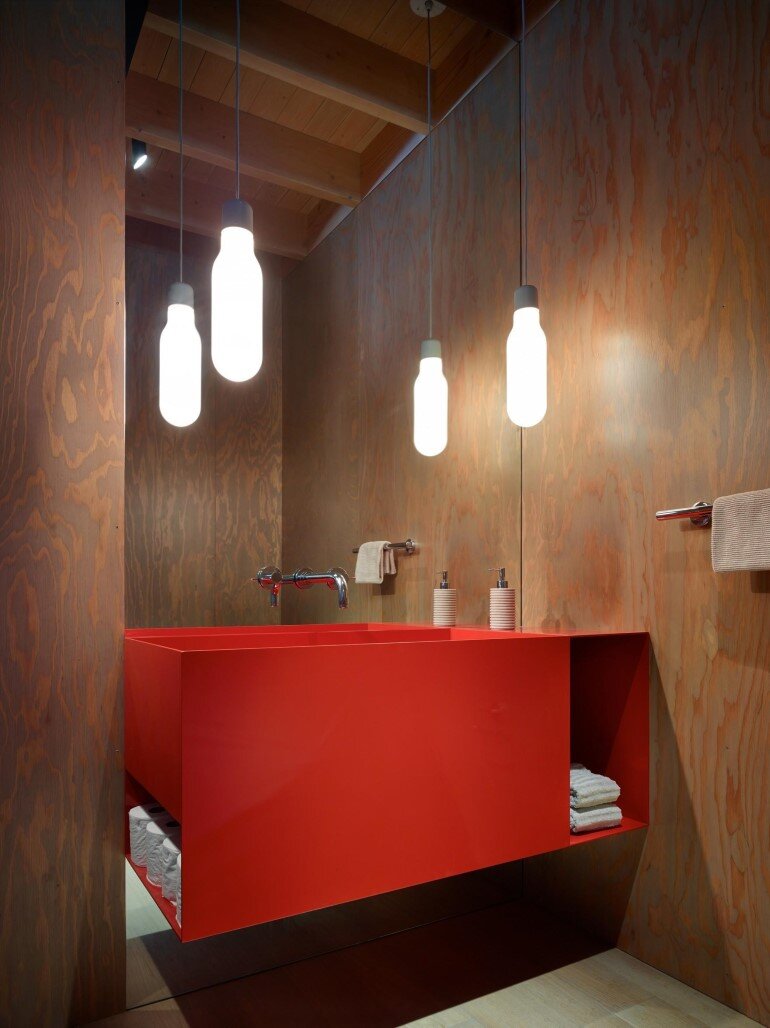 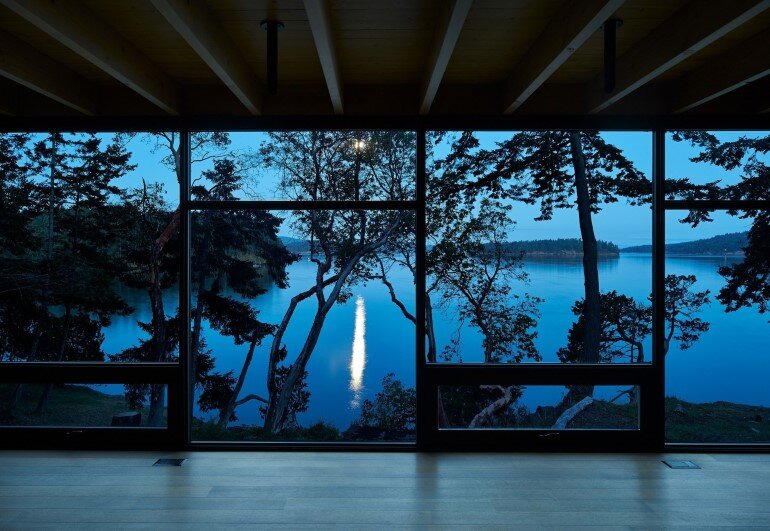 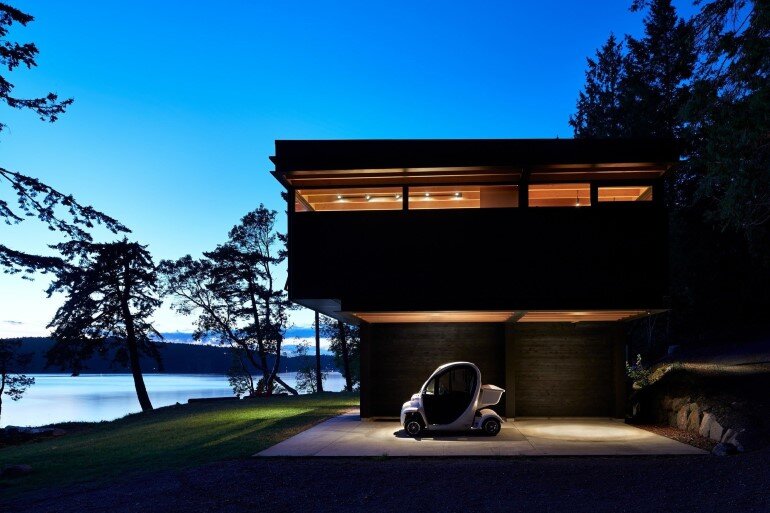