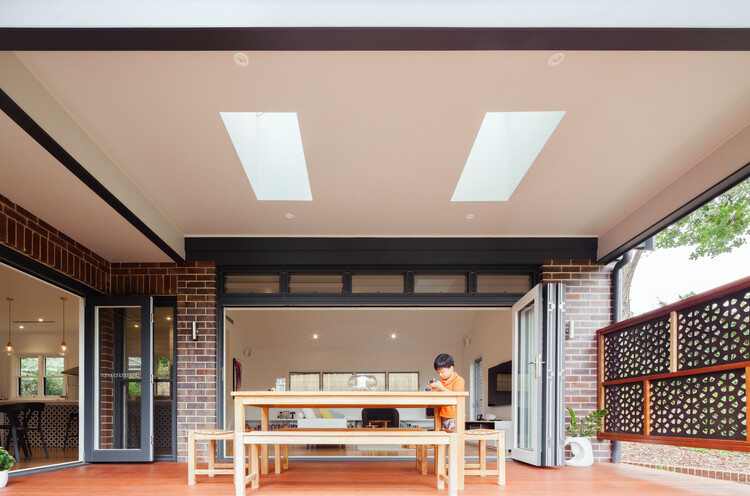 Sydney-based Bijl Architecture recently completed Killara House. Located in the Sydney suburb of Killara, this red brick house on a sandstone base has been extended and transformed by Bijl Architecture, bringing the building’s architecture into the 21st century. Improving the connection between rooms and increasing natural lighting were vital in transforming the house, as was the creation of a large open living space that opens onto an outdoor room and deck. The previous, boxy design of the house did not allow for any sense of connection to the back garden from inside, with only a small, paved outdoor area for entertaining accessed via a single door. 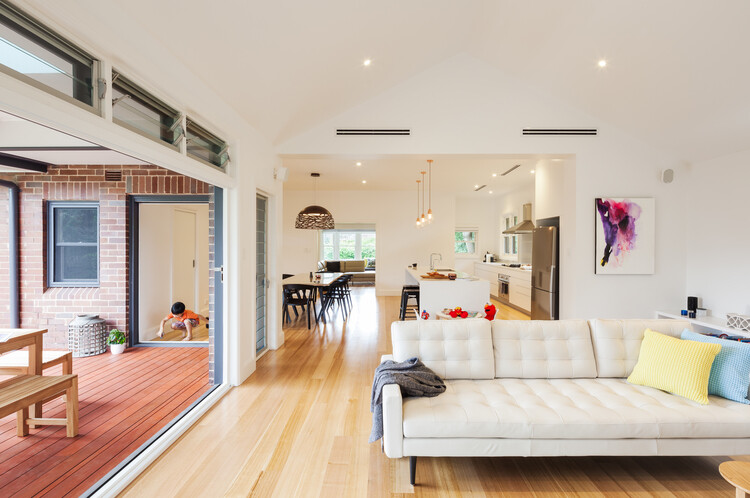 The new extension replaces this underused space, opening the interior living areas onto an outdoor room via two generous bifolding doors, creating a family-friendly living area that flows into the terraced rear garden and lawn. The gabled tiled roof, face brick facade and sandstone steps have been chosen to match the existing house and surrounding architecture in the suburb, framing the new opening at the rear in a contemporary take on a traditional form. 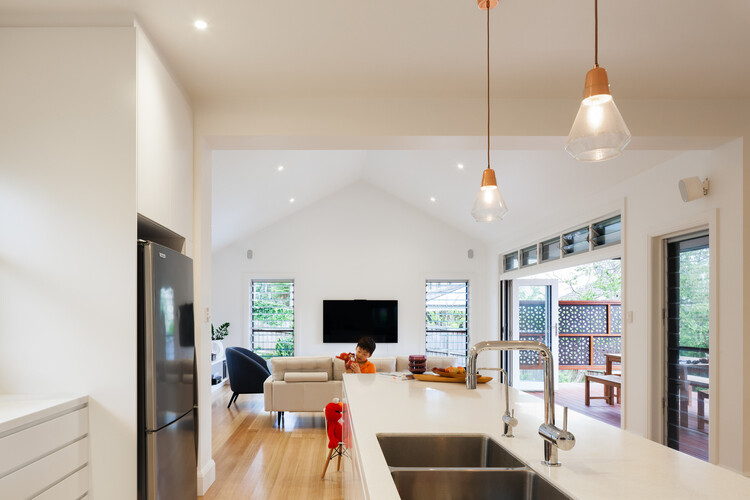 In addition to the living area extension at the back, the entire house has been internally redesigned, with an emphasis on creating a natural flow between rooms. A simple, neutral palette has been accented with a feature black on white tile or patterning that is repeated to create interest in certain areas. This can be seen in the black-patterned screening on the deck, in the kitchen tiles used on the side of the island bench, wallpaper in the powder room and a feature wall in the ensuite of striking black and white tiles. Grey and white geometric wall tiles in the family bathroom and a copper finished feature pendant in the dining room also add to the overall effect. 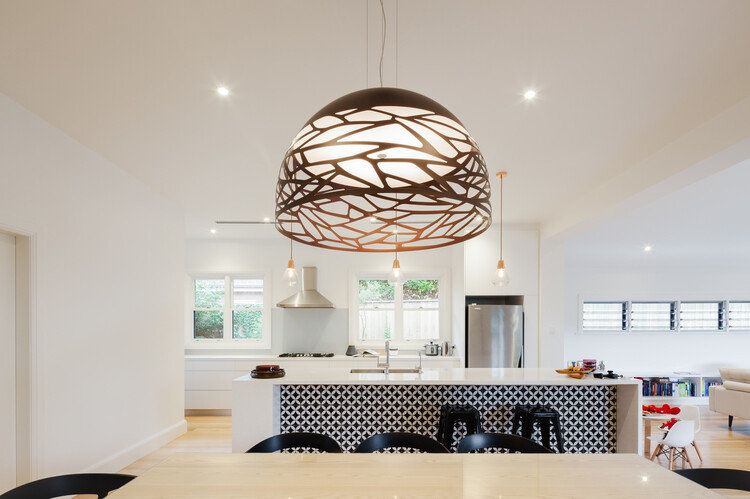 Lighting is another feature in the project, with two rectangular skylights in the outdoor room repeated in the hall and bathroom, flooding the house with natural light. The result is a complete refresh of a typical Interwar house, creating a clean, contemporary dwelling that provides ample living area, and connects inside and out. Photos Katherine Lu 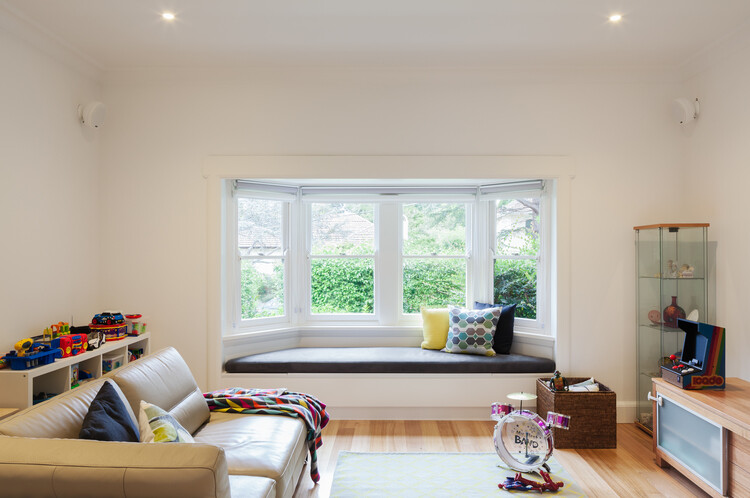 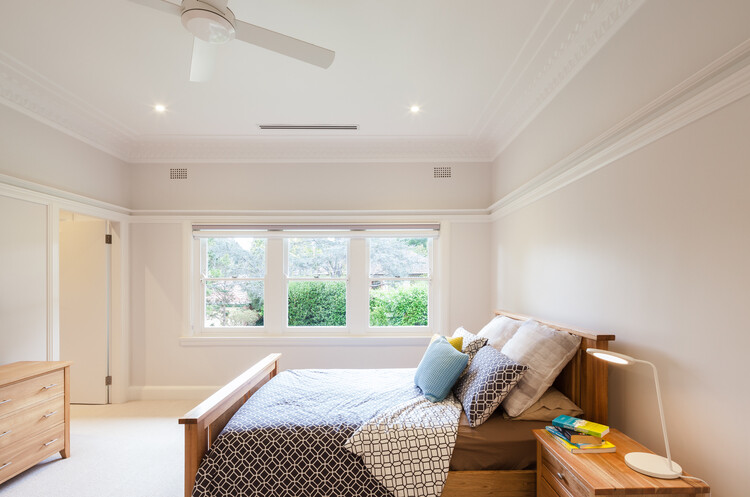 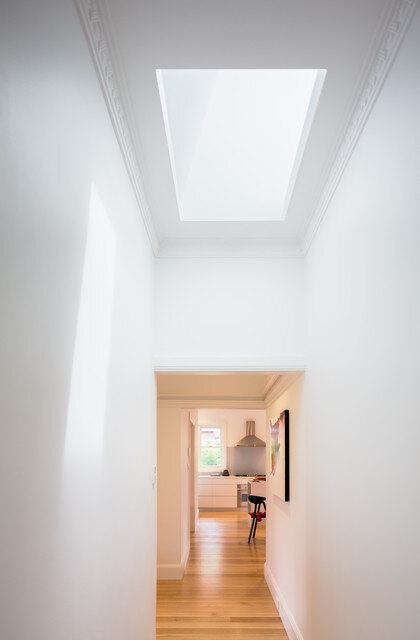 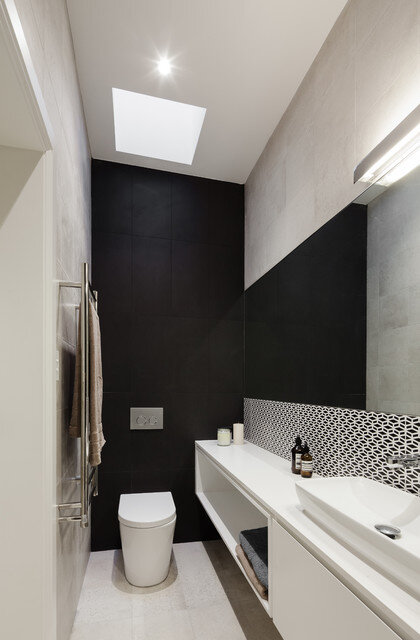 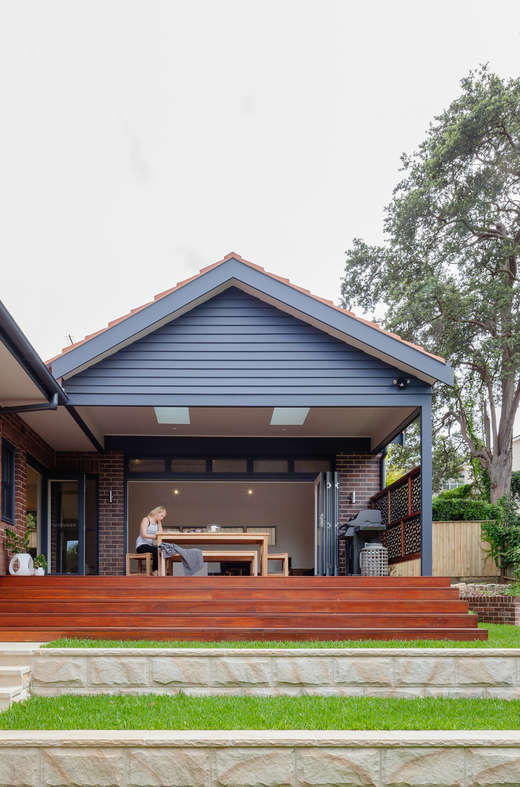 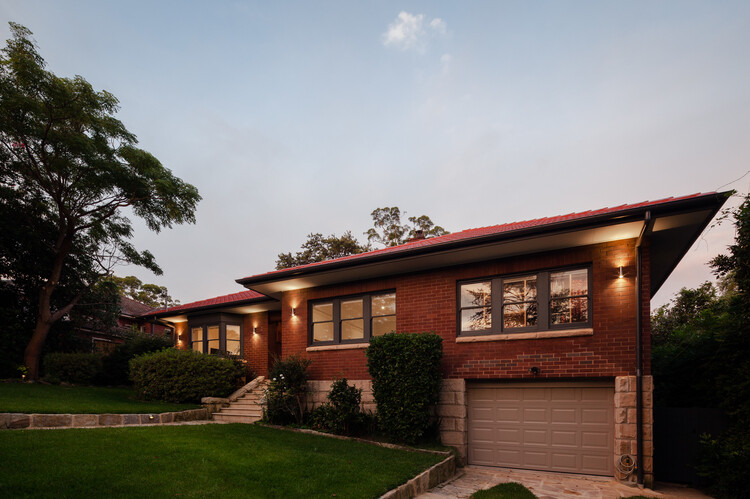 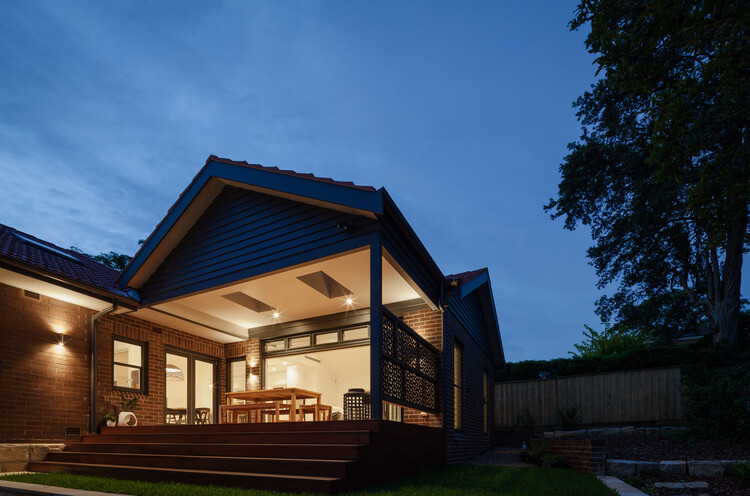