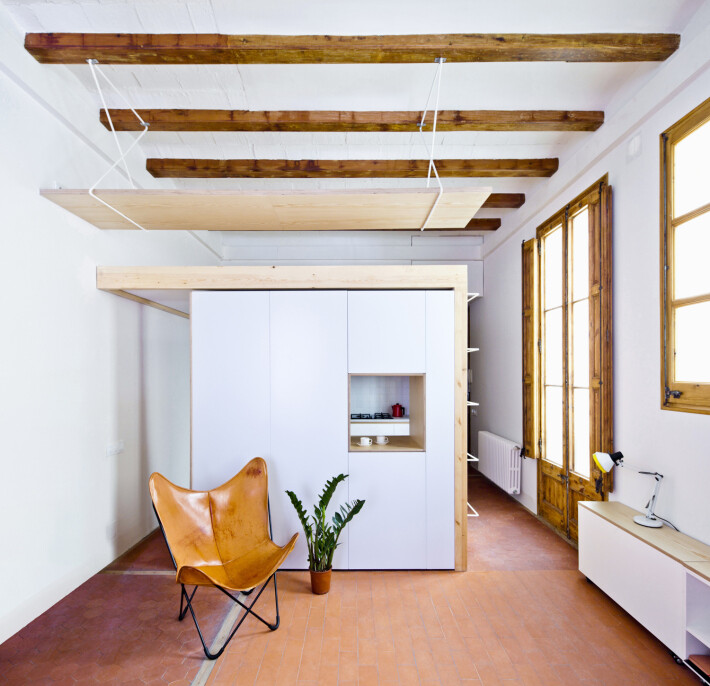 Description by Anna & Eugeni Bach: The project consists of a full refurbishment of an apartment in the Eixample district in Barcelona, ​​in a traditional building block from the early twentieth century. The apartment, of about approximately 70 m2, originally had two rooms facing the façade, while the rest of the rooms were lit and ventilated via a wide inner patio. This arrangement generated a series of corridors and dark spaces that had little other function than connecting spaces. 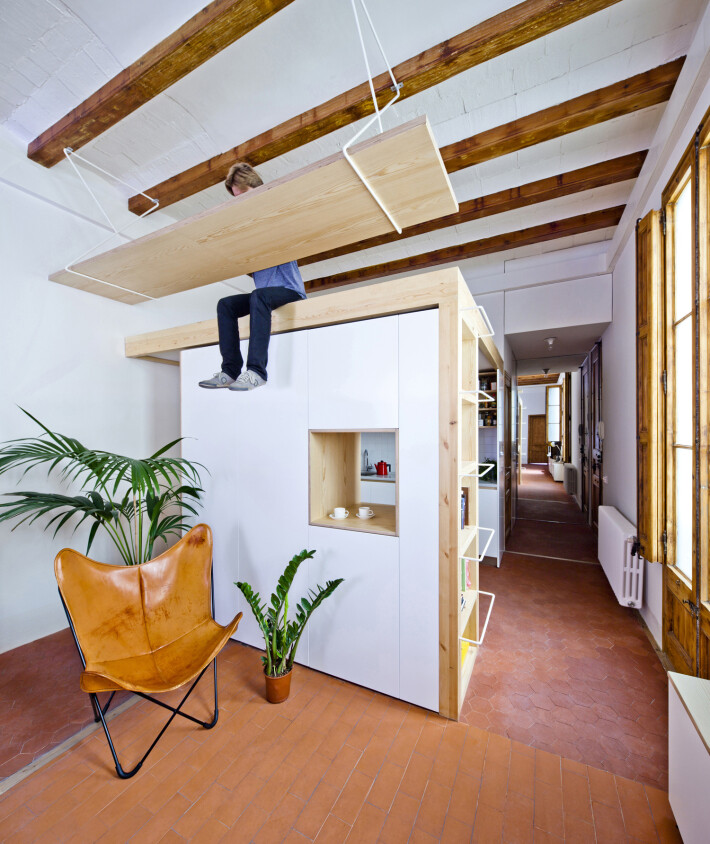 The new configuration was conditioned by the customers’ wish to keep the two rooms at the façade as bedrooms, whilst a new living room, dining, kitchen and a study space would be organised in the rest of the house. Too many functions for such a short façade to the inner patio. The solution we adopted retains the two bedrooms and creates an open space which accommodates all the functions. The generous height of the house allowed us to design the kitchen, almost like piece of furniture, in the back of the open space, generating a loft, the top which can be used as a study, or a guest room.

This solution had the advantage of allowing full use of the exceptional height of the apartment and providing the generous central space, which gives access to all the other rooms. The distinct kitchen resembling a piece of furniture, and the fact that it does not use all the height further emphasizes the idea of ​​a large open central space. This very clear outline is adapted to the irregular boundaries of the apartment with the bathrooms and services. The original small toilet space in front of the entrance is kept, and, again, making use of the height, we modified the bathroom near the master bedroom. An elevated bathroom floor permits a storage space underneath. Additional space is gained by locating the bathtub under the shower, combining both functions in one space. 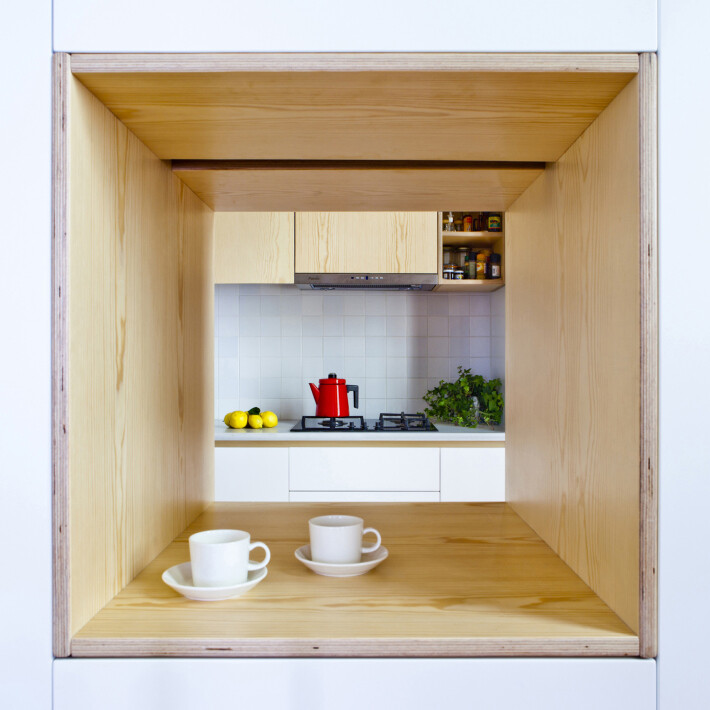 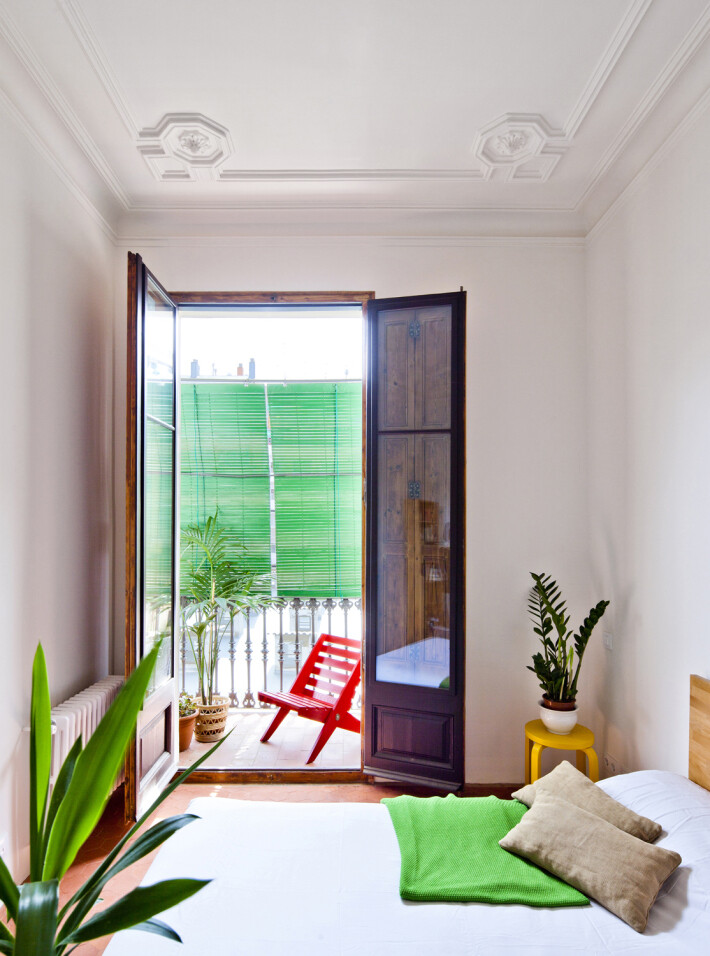 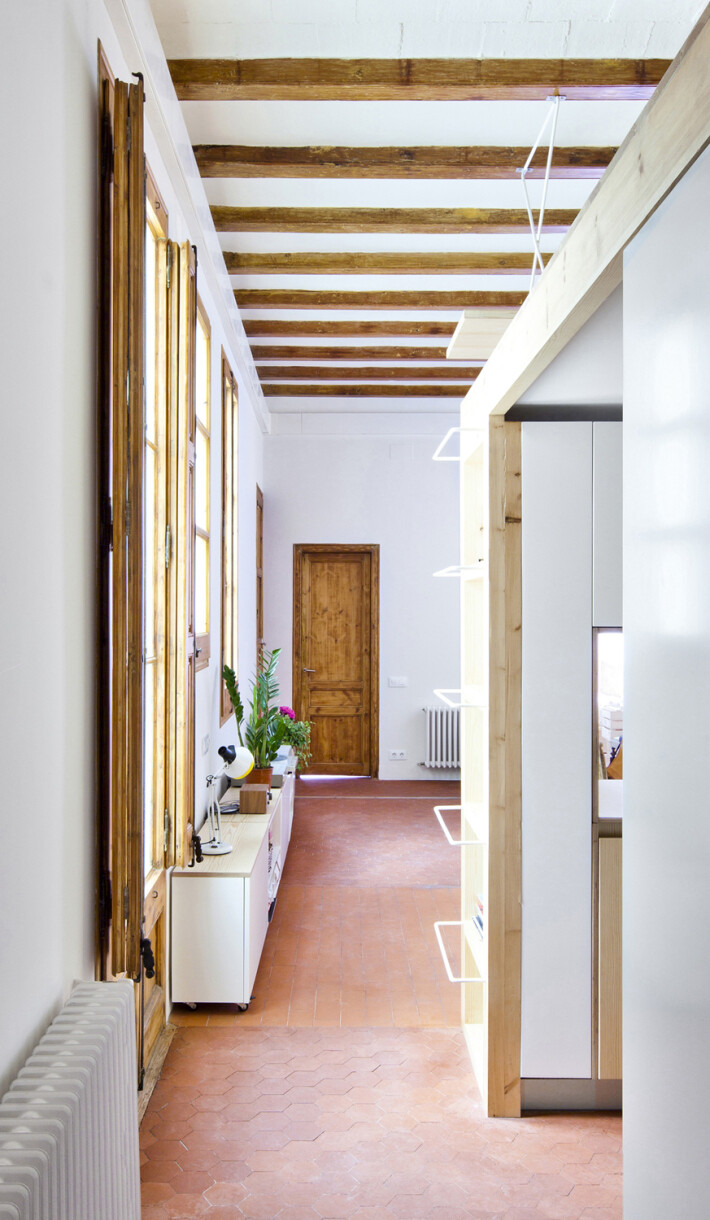 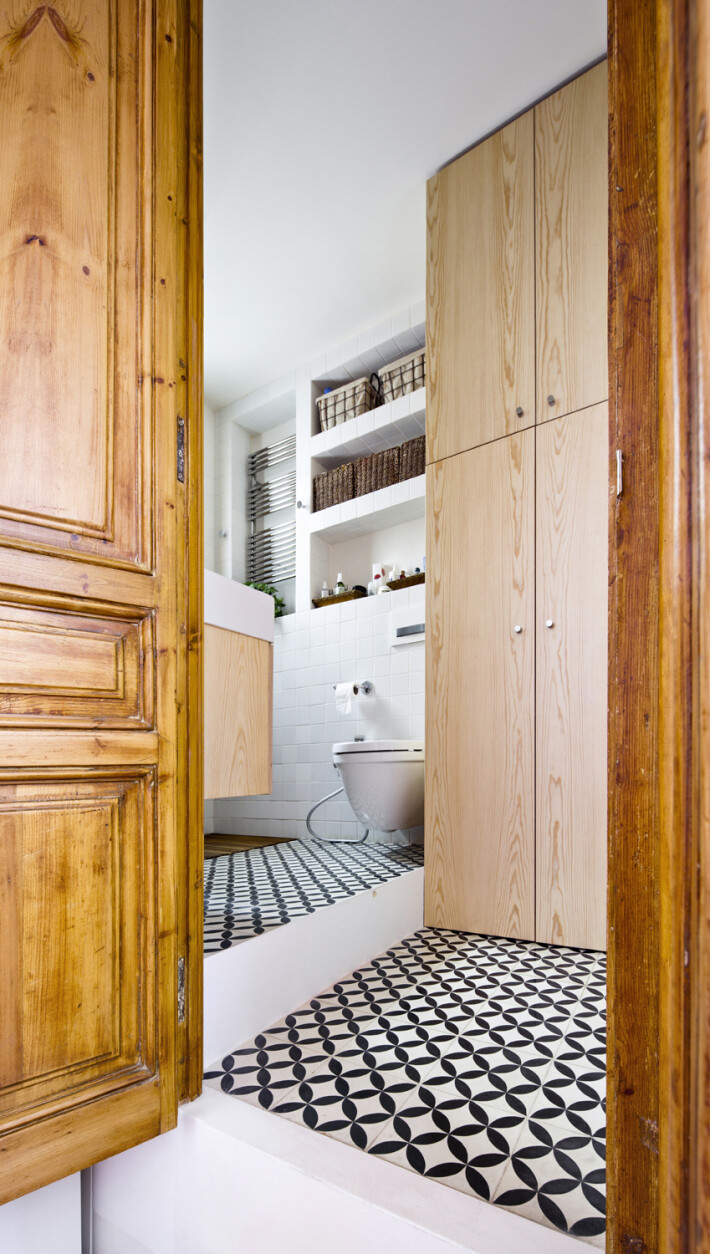 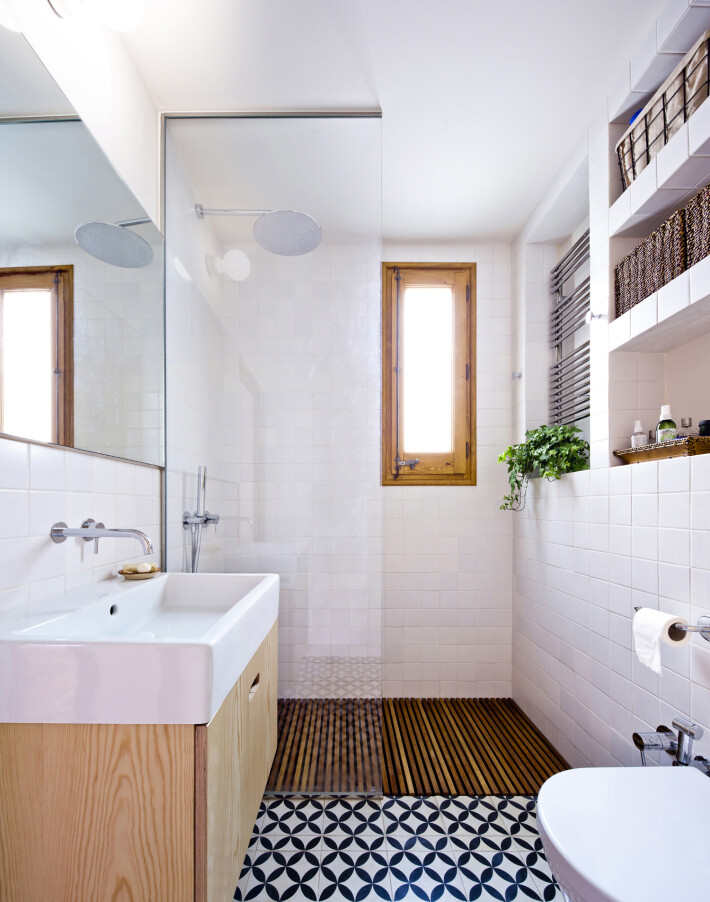 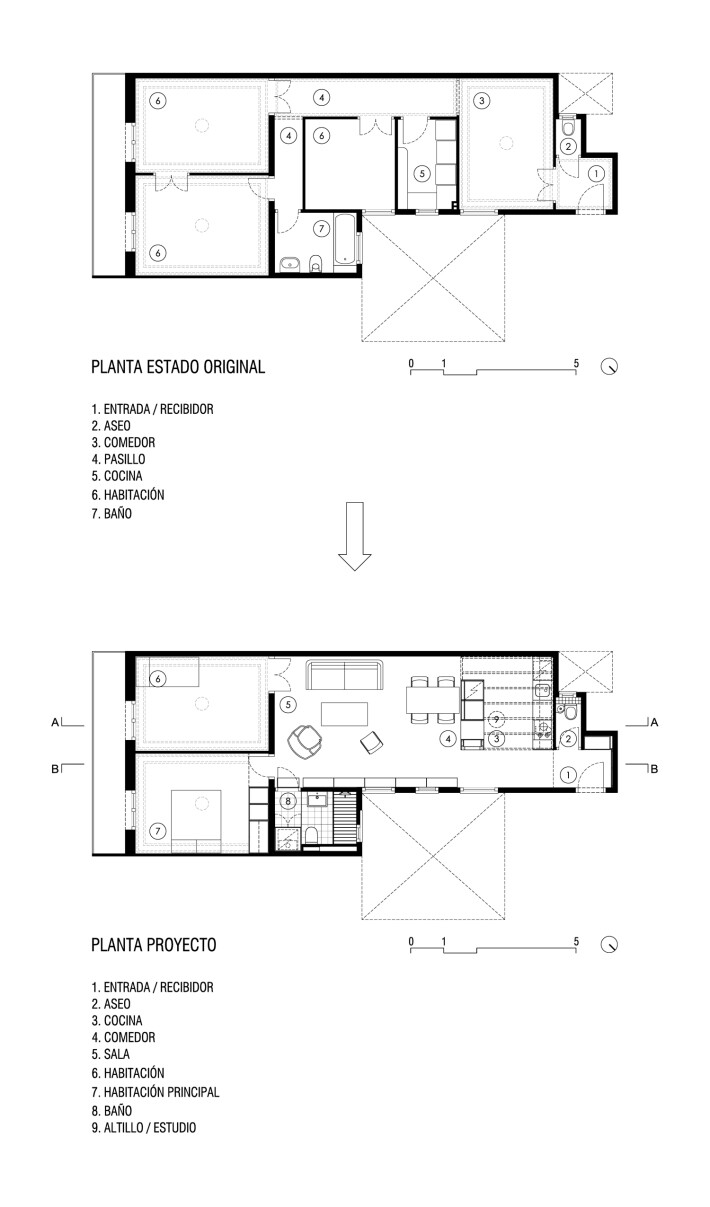 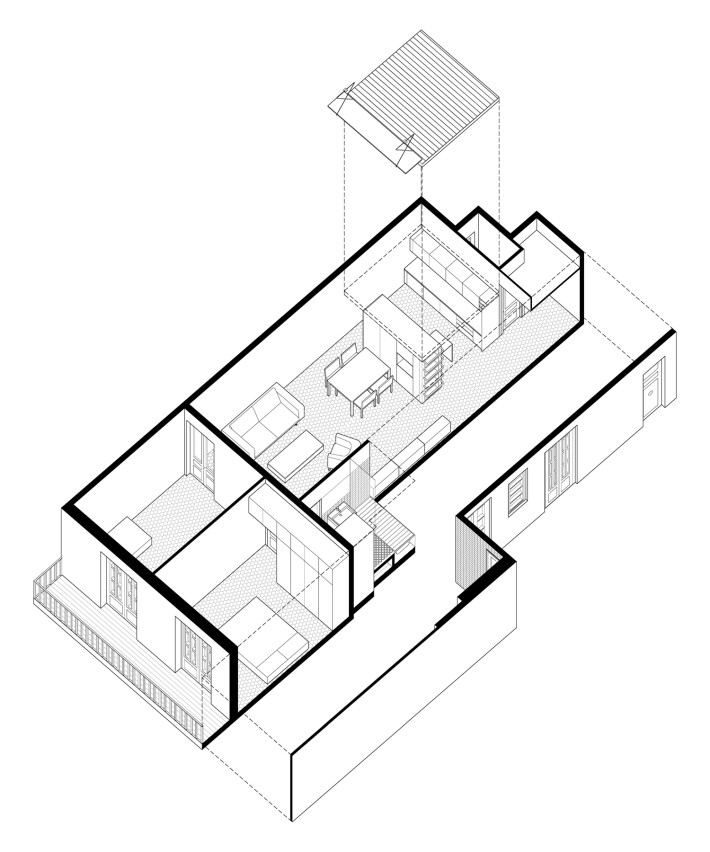 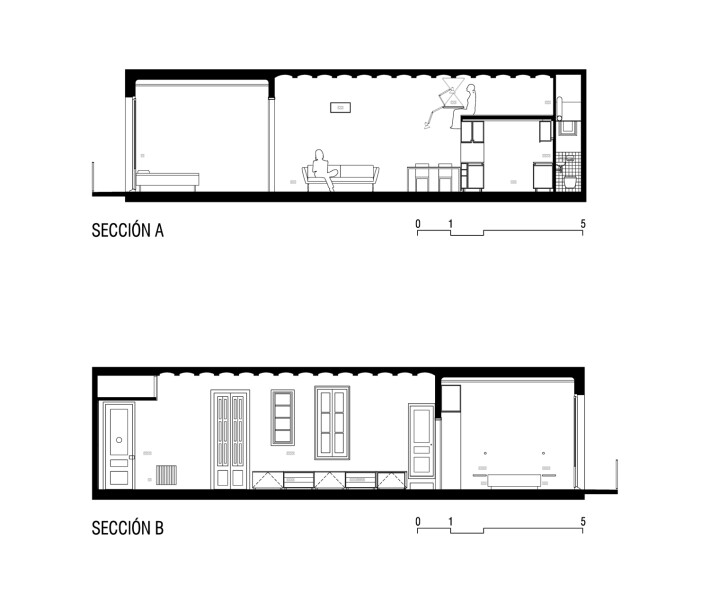