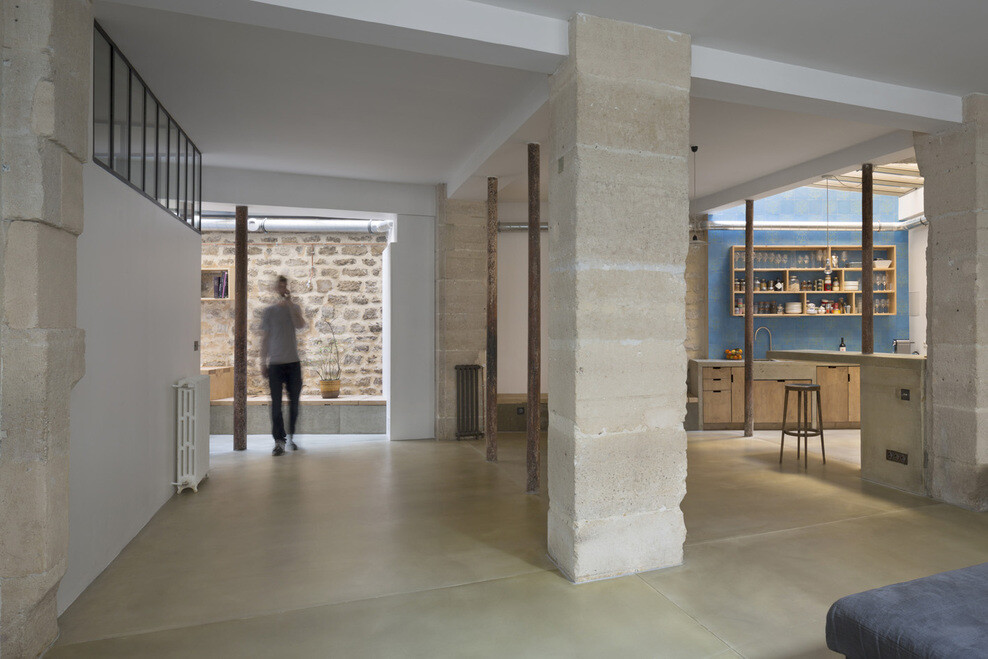 Loft in Paris is a project realized by the French architect Maxime Jansens in the space where it has functioned a 130 square meters ancient craft shop. The space is located in a garden in the eastern part of Paris. By understanding the customers’ need and desire to live in a flat open space, the French architect has reduced to the limit the compartmentalization of the space. The fact that the space was connected to two old terraces located above was valorized. They were abolished, the floor was leveled and instead of the terraces there were placed windows and skylights turrets that provide interior light. 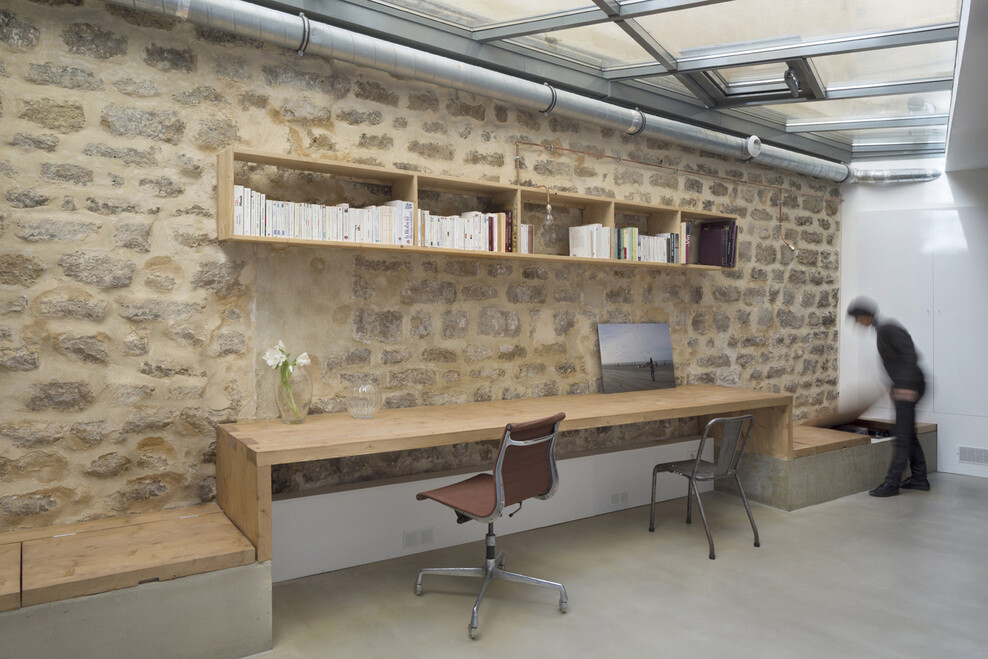 The inside spaces are mostly lit by these skylights and by a few windows on the outside. The clients also wished to live in an open-space apartment, so the designers tried to add as few partitions as possible. Due to the fact that the children’s bedrooms do not have windows, the interior walls were made of glass. Thus, the children’s rooms benefit of light from two skylights turret. The furniture is minimal, with a very raw aspect, mainly made from white wood, steel and concrete. Working with a relatively small budget, Maxime Jansens has managed to capitalize and offer to this old space a new life as a comfortable home for a young family. Photo Loft in Paris – Cecile Septet. 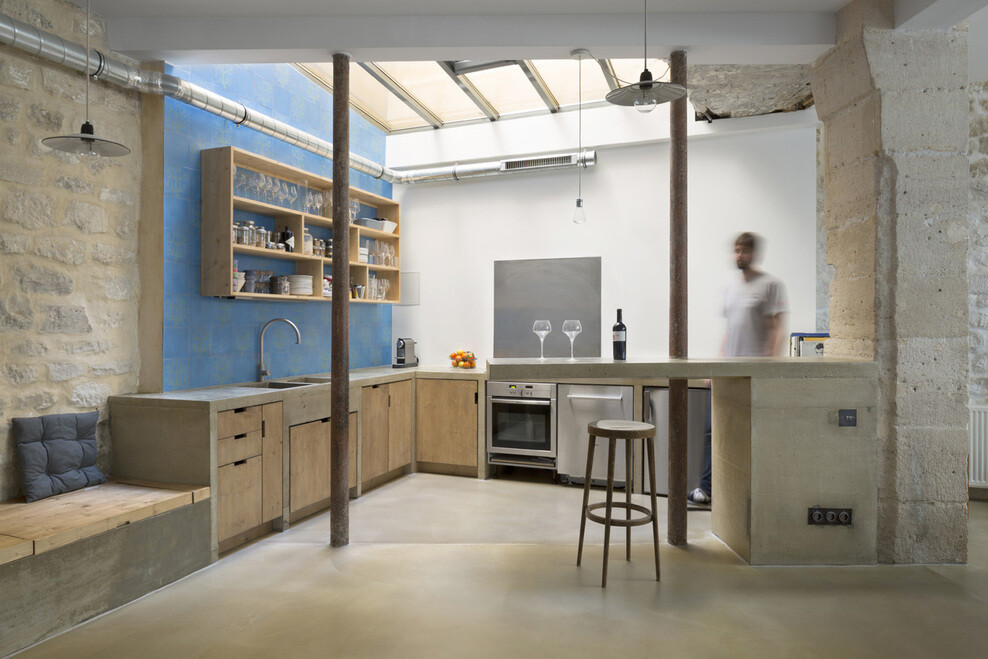 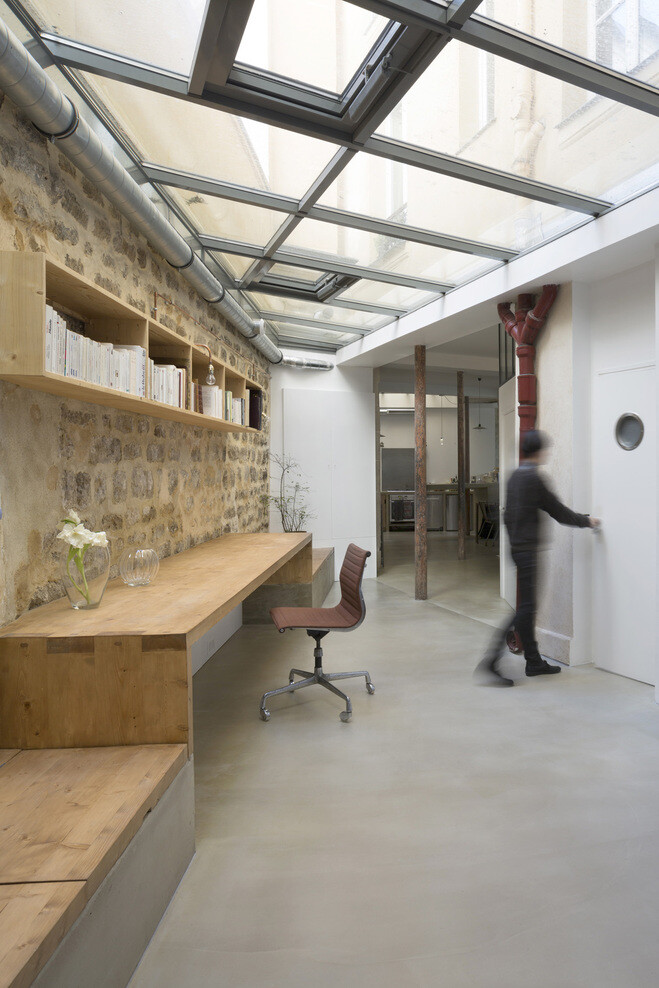 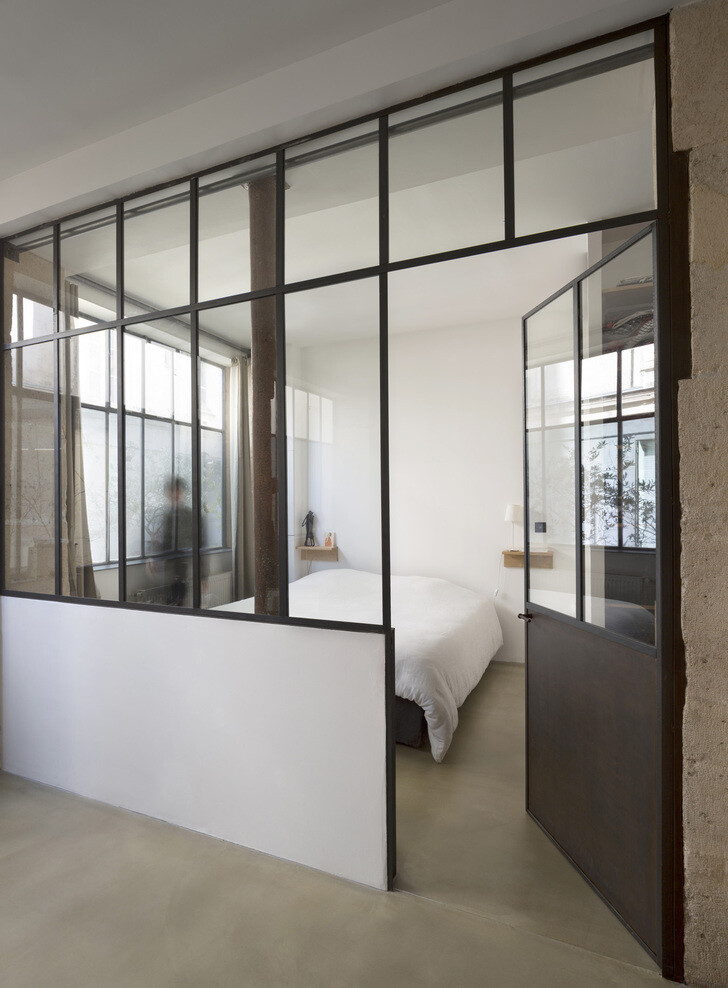 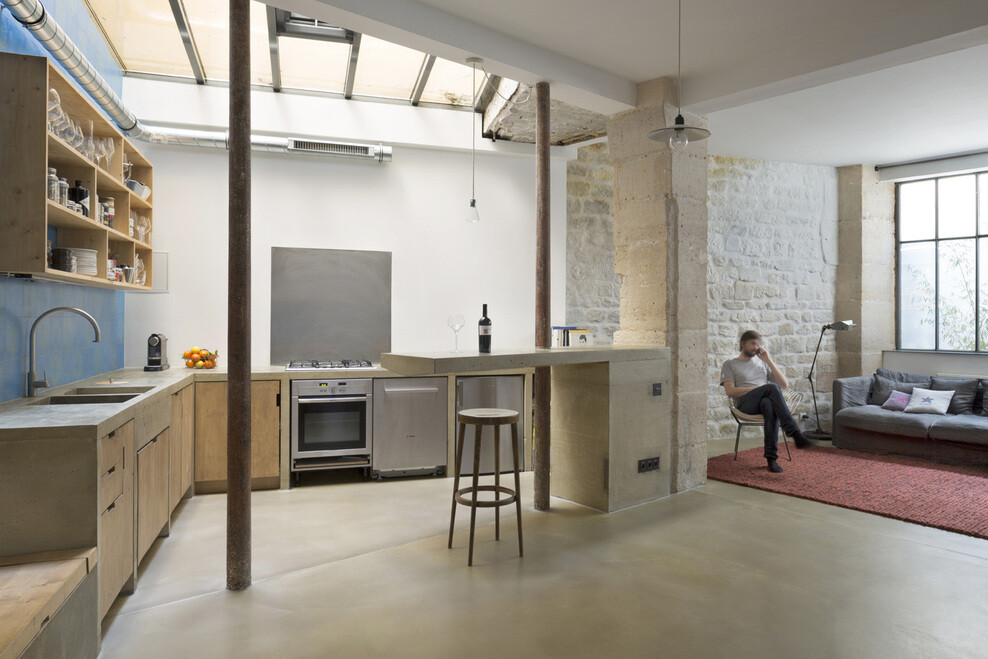 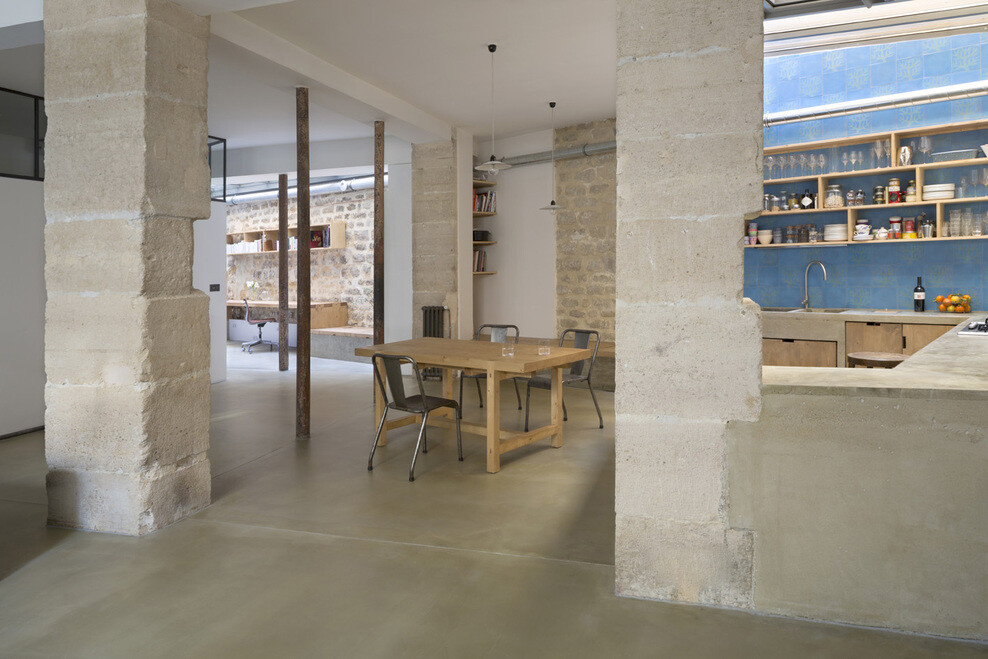 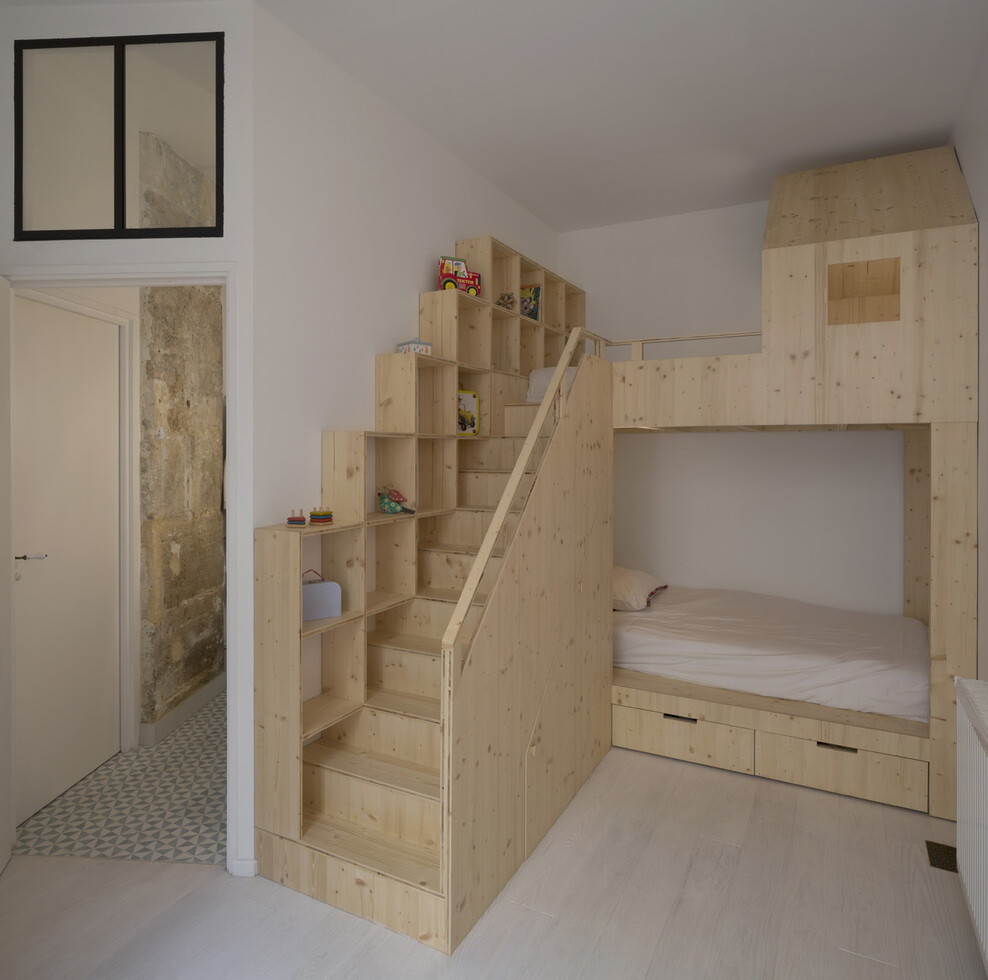 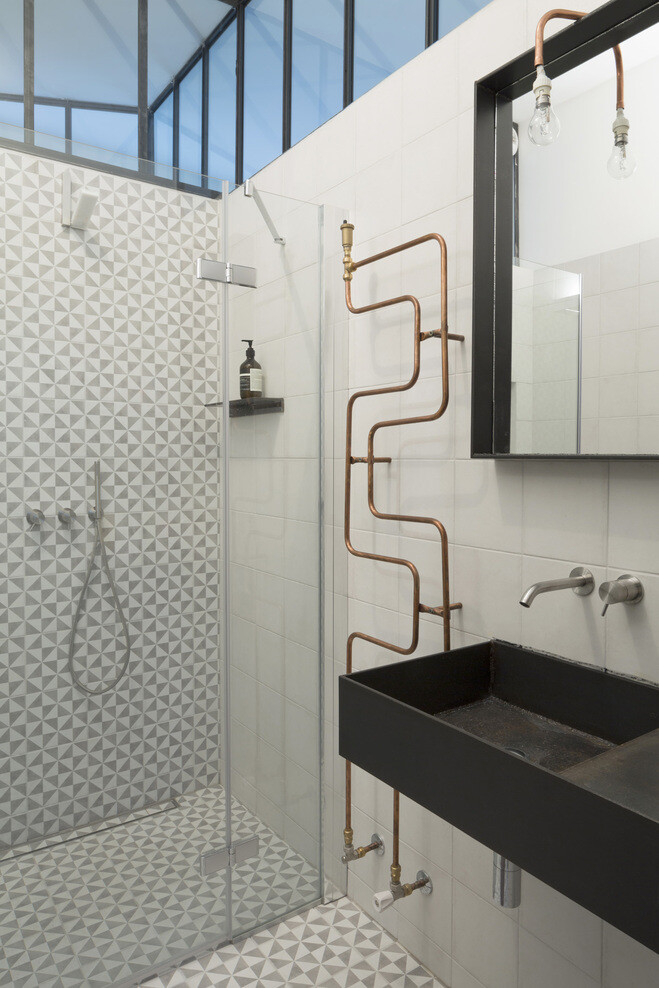 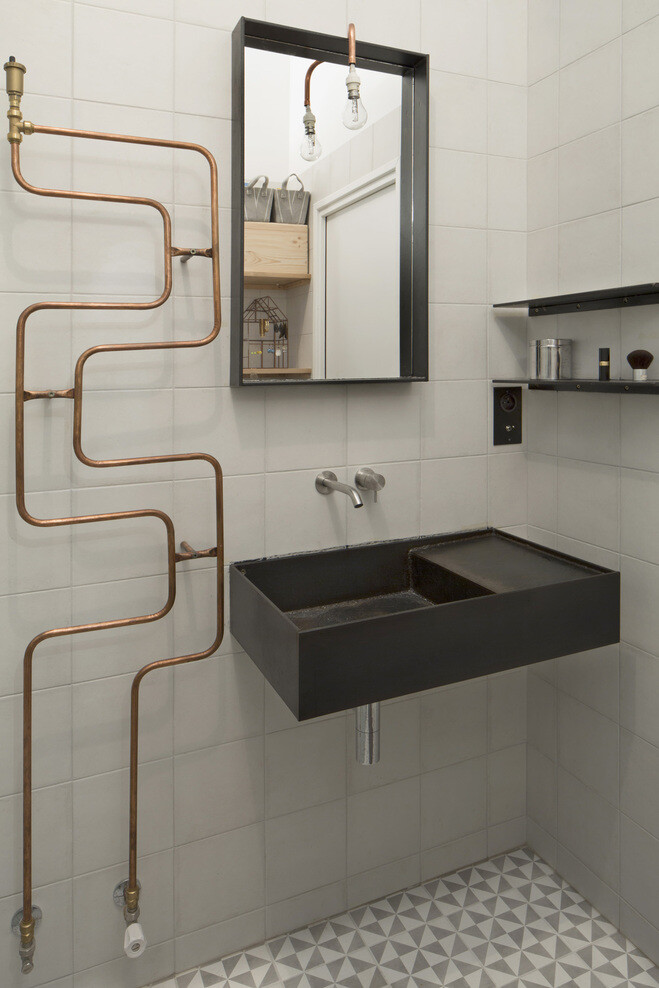 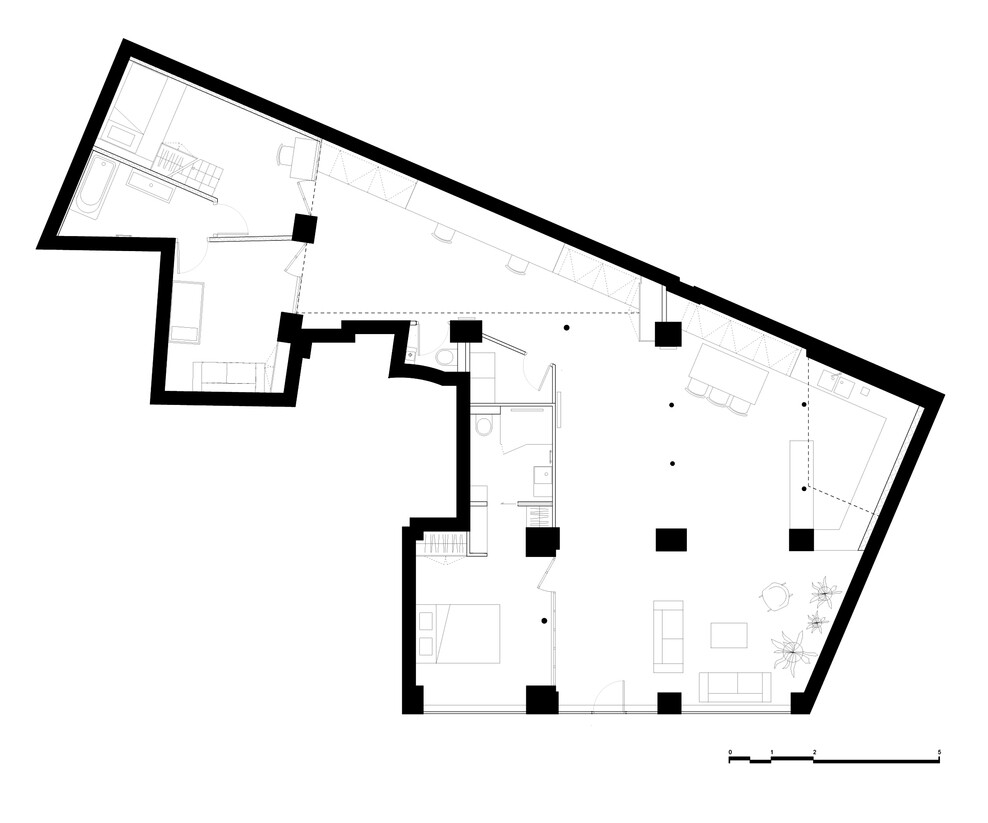