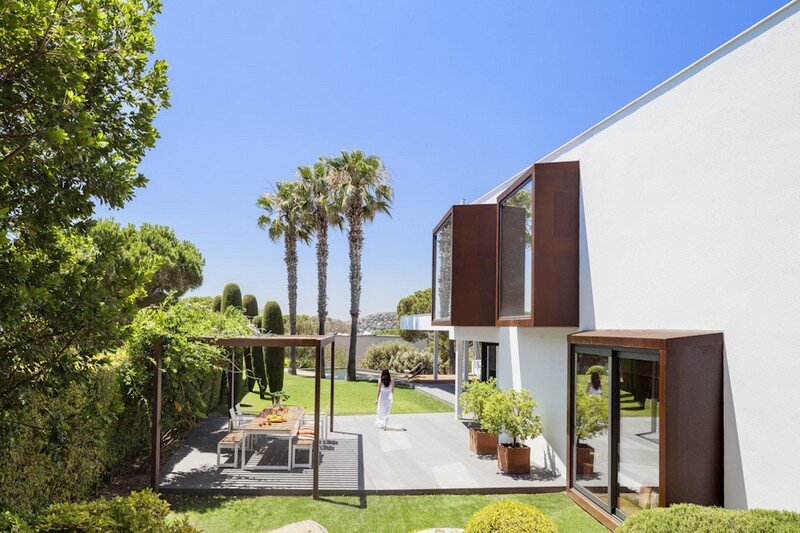 Description by Lagula Arquitectes: An intervention in an existing building forces the architect to take a position regarding the architectonical object. In this case, the pre-existing dwelling was heir of the local Modern Movement principles, typical of the Mediterranean coast, and the site offered two exceptional conditions regarding that position. 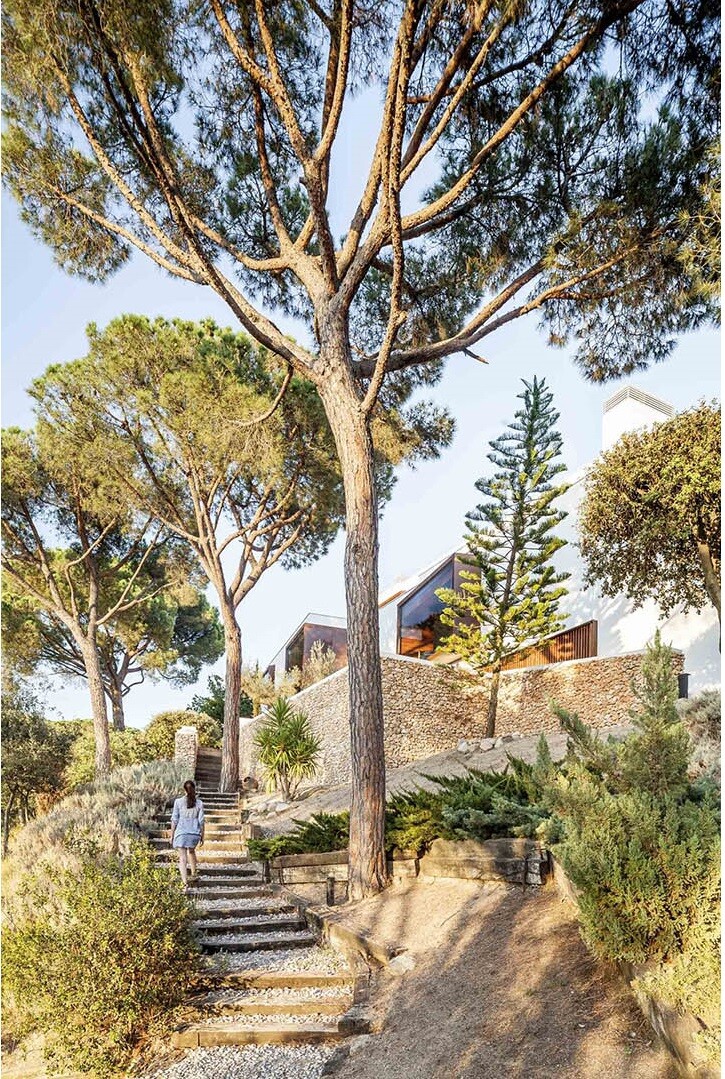 On the one hand, the privileged site of the location, in Alella, not far from Barcelona: a rough plot, with views towards the sea, and with the remains of a Mediterranean pine forest. On the other, the well preserved structure of the pre-existing building, also spatial, even with the construction limitations typical of its time. 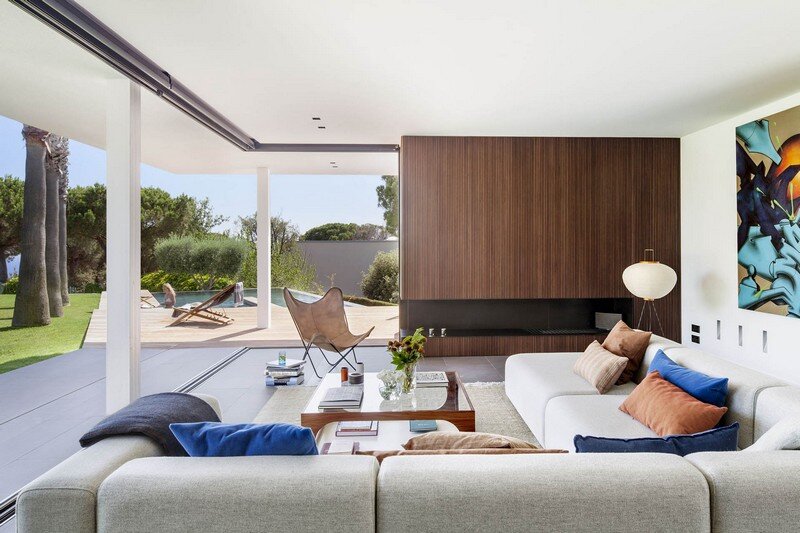 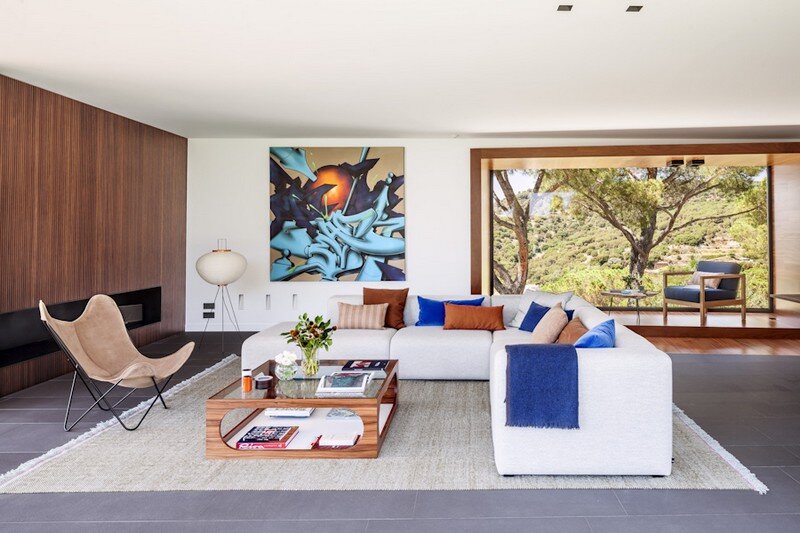 The project is configured through the intersection of the existing volume but with a series of new three-dimensional cubicles. These elements are both the extension of the functional interior programme and lookouts, either towards the surrounding landscape or towards the pre-existing interior. In a certain way, it is almost as if we force Richard Long to relocate Donald Judd’s elements in Marfa. As a functional extension of the interior, the cubes reveal the conditions of the new use, bedroom, bath, kitchen or just the living space. Simultaneously, they explain the new conditions of the place and the new way of using it. They see and they are seen, they interpret and they are interpreted. 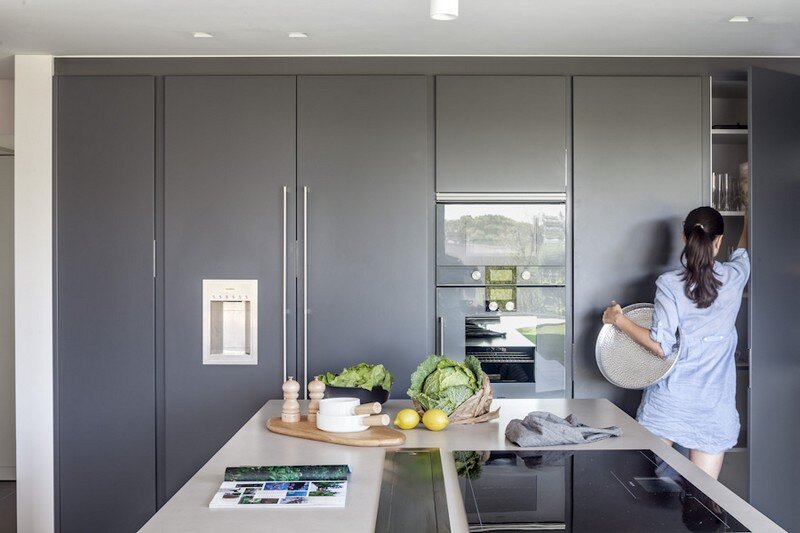 These new framed rooms are characterised by their condition of intermediate spaces. They establish new relationships between the pre-existing building and the surrounding nature. They are built with a new material; therefore, they stand out from the white rendering of the existing construction. By using a material with patina, they transmit a calculated ambiguity. In a certain way, the potentiality expressed by the new cubes, the looks framed by the new elements were already there. The sea was there. That singular pines were there. The garden and the pool where there. They are prior to the new construction. 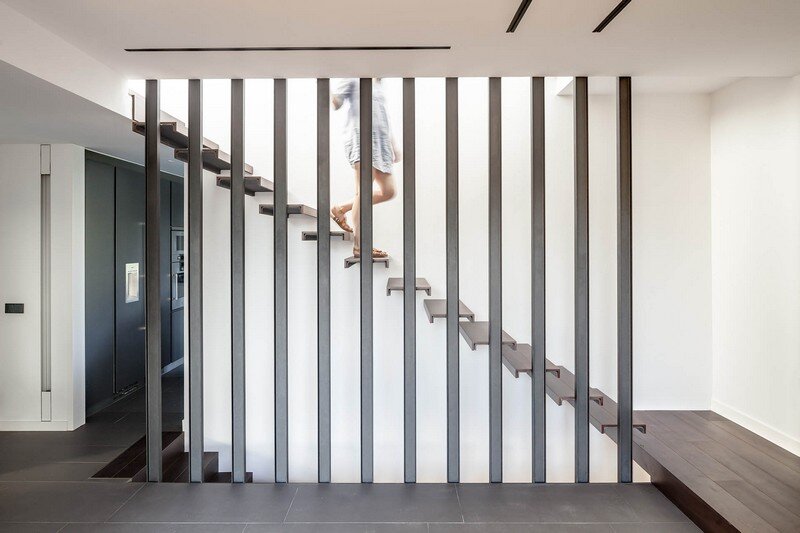 This old-new material duality is also transferred to the interior of the house. The frames, externally covered with weathering steel, are embedded into the existing walls finished in walnut wood, and extending carpets with the same material further inside the rooms. They are therefore creating new areas of function, characterizing once again the pre-existing spaces. They simultaneously reveal new functions of the building or new glances towards the landscape. They modify that relationship between what is built and the natural site. They modify, as a consequence, life itself. 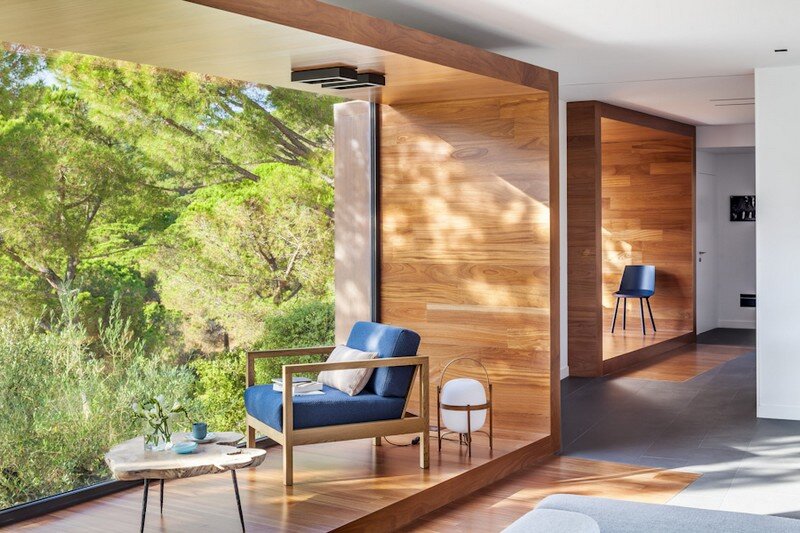 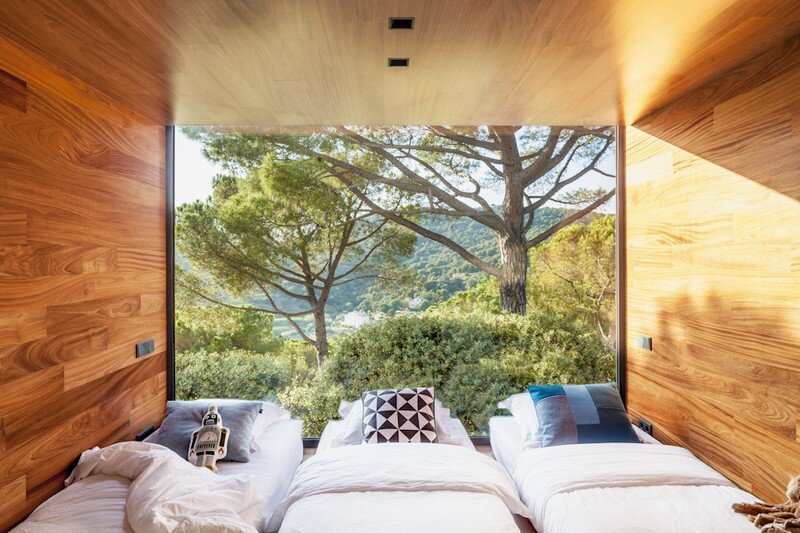 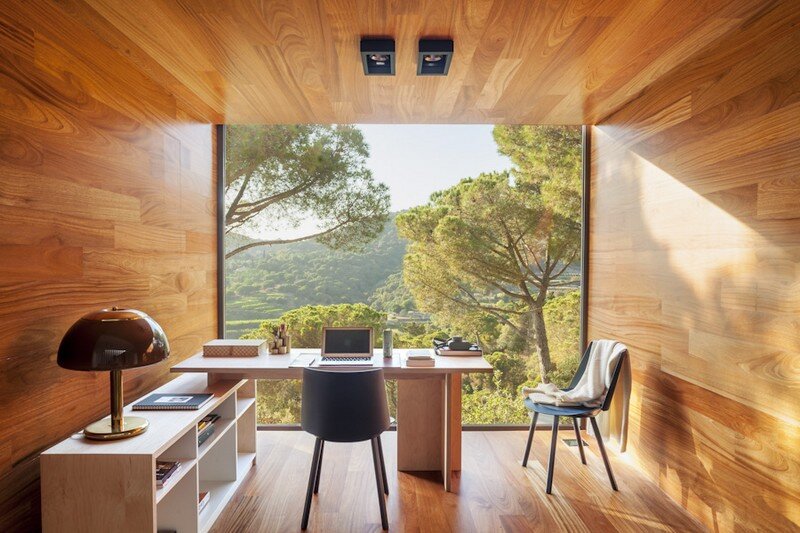 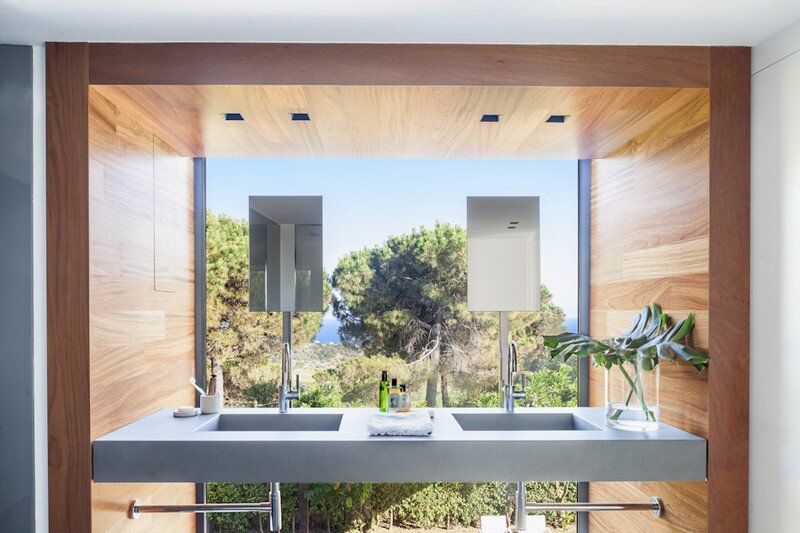 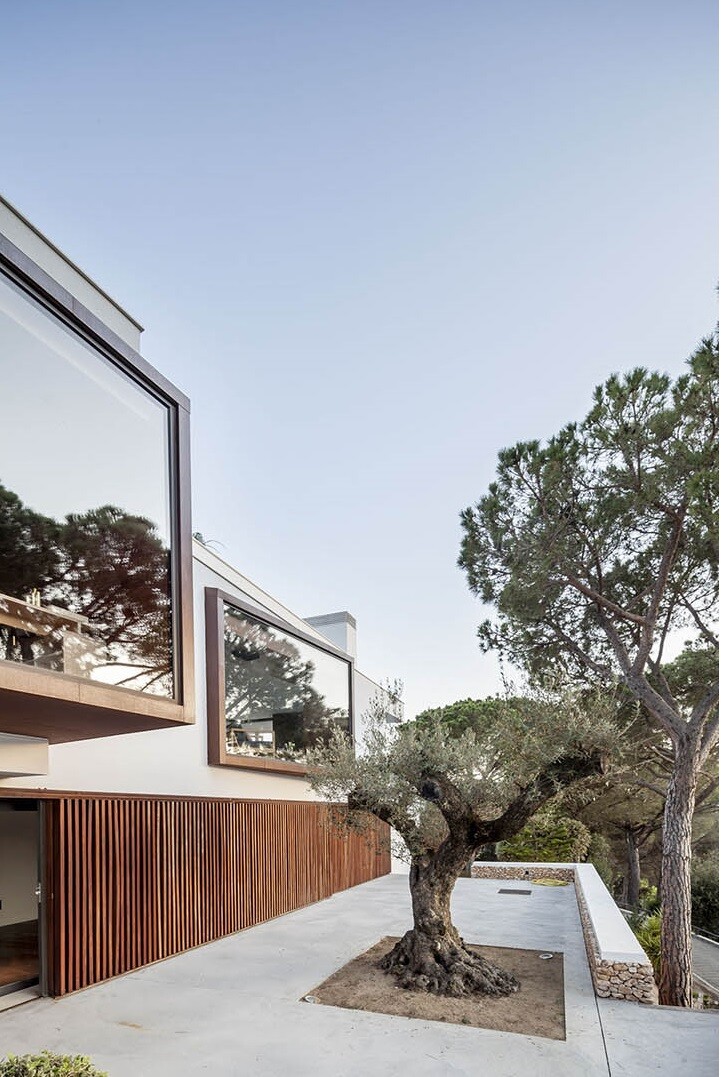 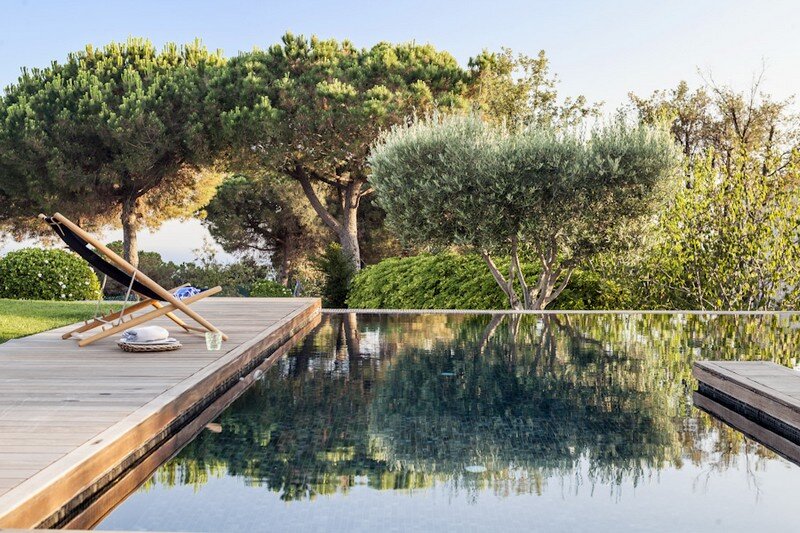 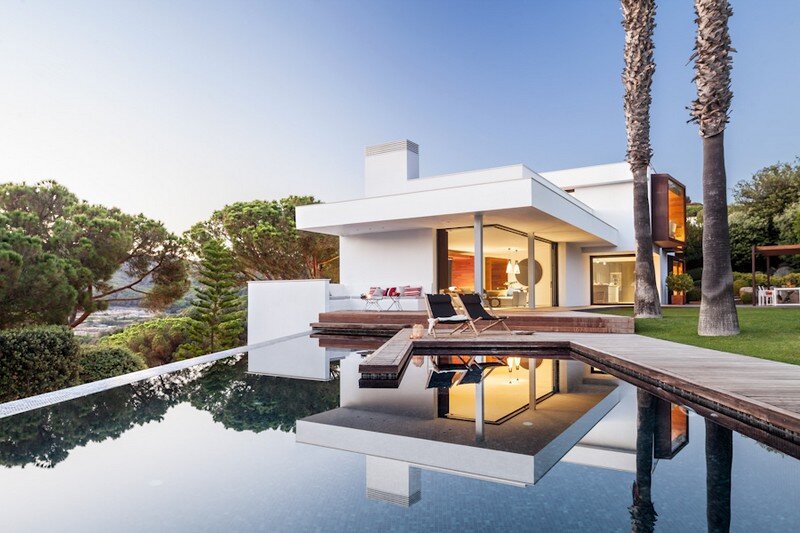