DomT House in Stara Lubovna: Inspired by the Architecture of Wooden Barns 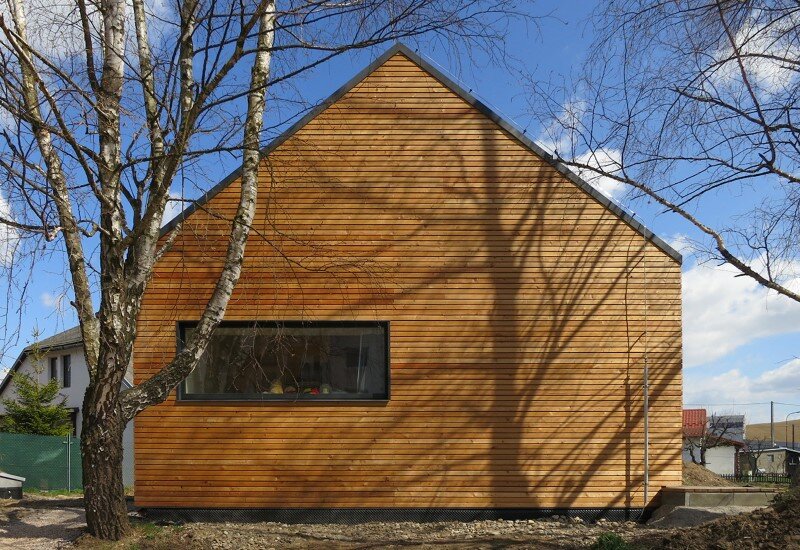 DomT house was realised for a couple and their two young children, who had previously lived in an apartment, and now desired more space and privacy in the form of a family home. The project was designed by architect Martin Boleš.

Description by Martin Boleš: It is located in a town Stara Lubovna which lies in northern Slovakia. It is surrounded by a mixture of eclectic architectural styles like family homes from the 60’s, social housing developments from the 80’s, and recently constructed educational facilities and housing schemes. 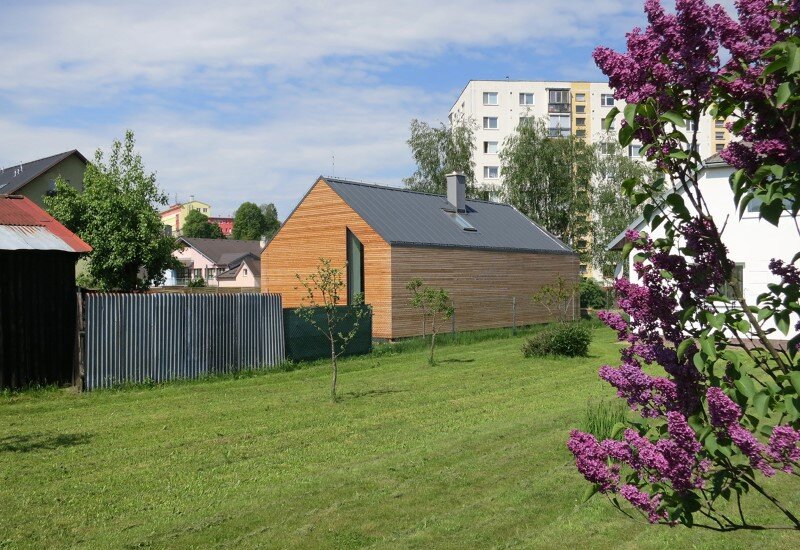 The project lies within the plot of an old family house and garden, where one of the clients originally spent their childhood years. Choosing this old site helped owners to save money for their new home, and to identify with a well-known environment they personally related to. Three old Birch trees, planted by the client’s father, have been kept as a cherished memory of the past, and also acts as a barrier to create slightly more privacy from their immediate surroundings. 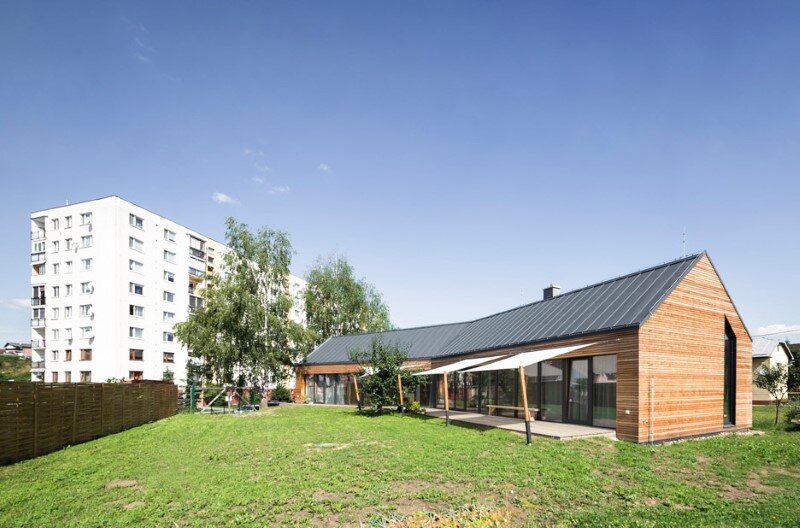 Wood has been chosen as the main construction and cladding material, as it resembles typical structures such as “stodola”, commonly seen in Slovakian yards and gardens. These wooden barns can be found, and are still part of some of the surrounding yards. 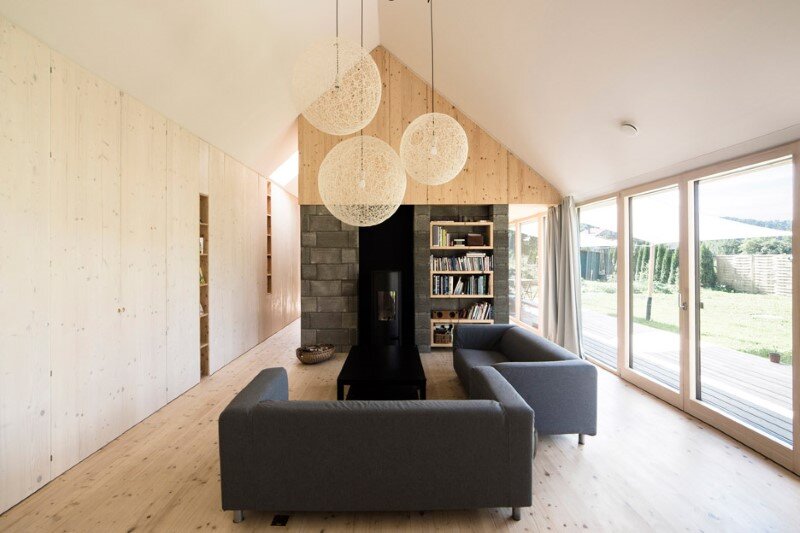 The figurative form of a barn has been extruded along the Northern edge of the site, and broken in the middle to maximize solar conditions. The glazed façade blurs a border between the interior and exterior, and enables a strong connection with the garden. One of the existing pear trees provides shade for a wooden terrace, which continually blends the internal space with the outside.
Structurally it is a combination of the lightweight timber structure, the centrally located load-bearing concrete walls and the steel columns behind the glass façade. The exterior of the house has been clad in untreated Siberian Larch, which is expected to gradually change its colour to silver grey over time. Rough material concept is similarly used for adjacent buildings in the garden, and it is repeated within load-bearing concrete block walls in the interior. 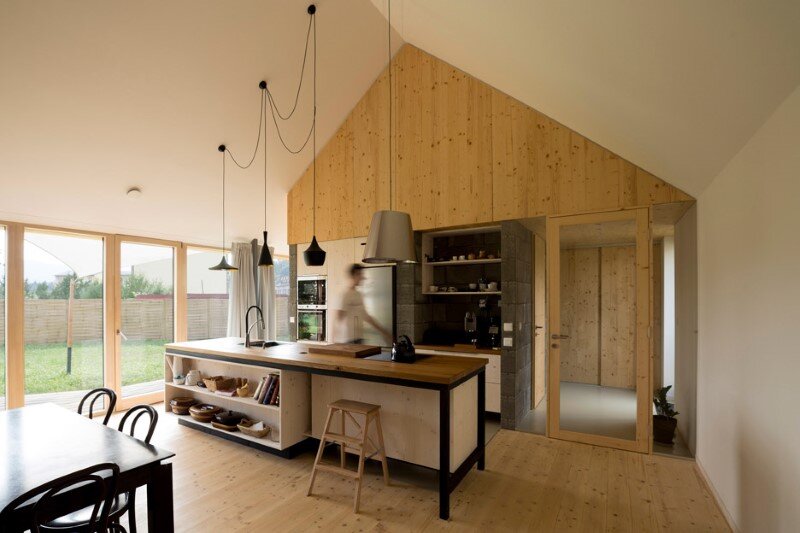 Spruce, which is a traditional local material, is extensively used in interior and provides a sense of “well-being”. It is used for the floor, window frames, doors, a build-up kitchen and a 14 m long wardrobe that continually extends from the centre of the house into parents’ bedroom. A collection of natural materials are used to contrast with the concrete walls. There is a generous opening of space located in the middle of the house, which combines the kitchen, living room and centrally positioned dining table. A single stove in the living room works as an additional source of heat and warming light. 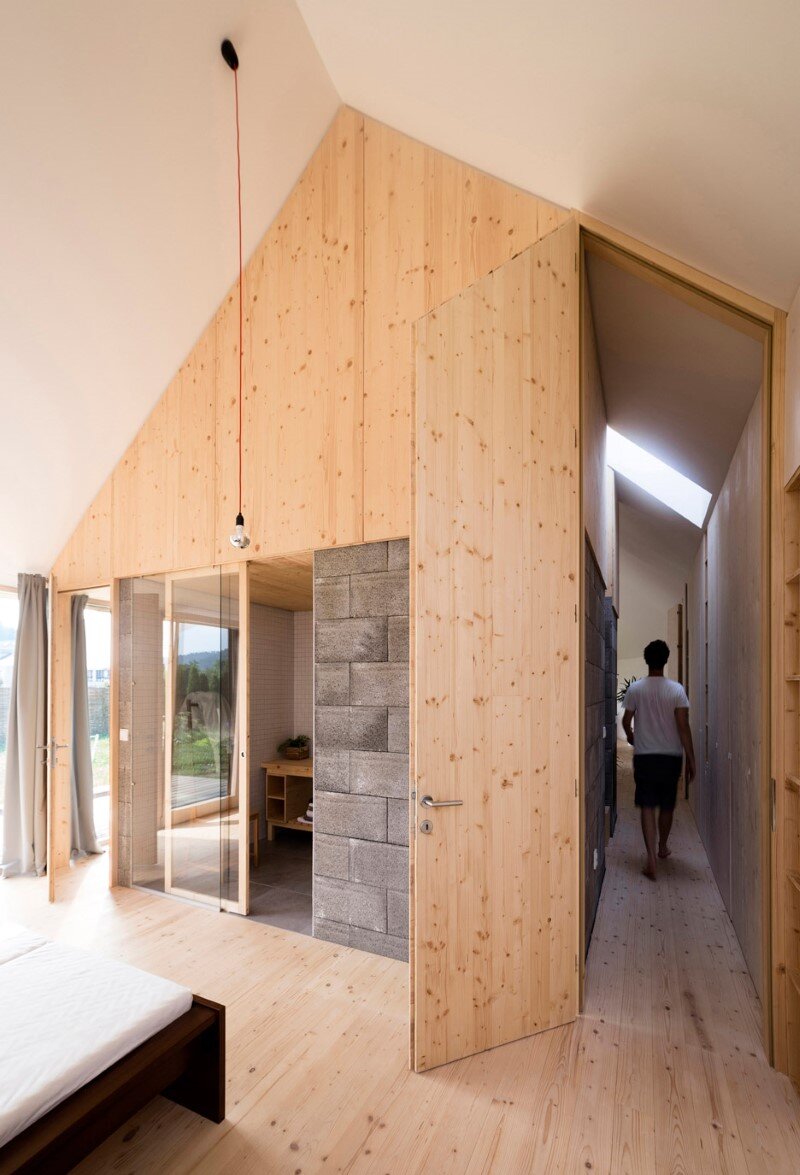 Conceptually, two concrete blocks, referred to as “boxes”, offer the primary structural support for the house. These boxes are packed with several functions found in the home such as bathrooms, technical rooms and storage, parts of the kitchen, library, chimney and structural walls for concealing the staircase. They are visually detached from the external walls, so that the central living space is optically larger, and allows more freedom for internal routes and organisation. 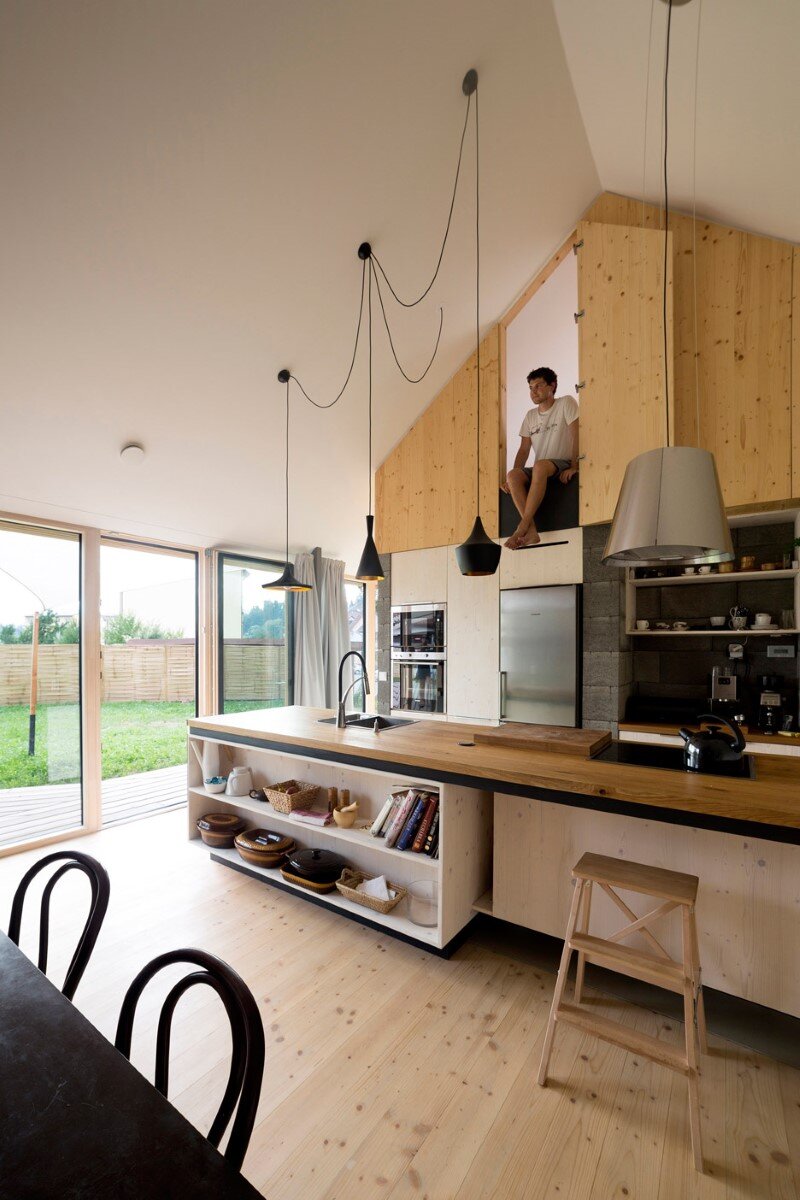 There are two additional wooden rooms placed under the roof as well, which are used for personal needs: listening to music, relaxing, working or a playing with the children. Both rooms have skylights, offering views to the outside world, while internal windows reveal a view into the central space of the house. A particular opening in the roof (which is connected to the children’s room) is oriented towards a view of the historical castle, an important and lasting symbol of the town. 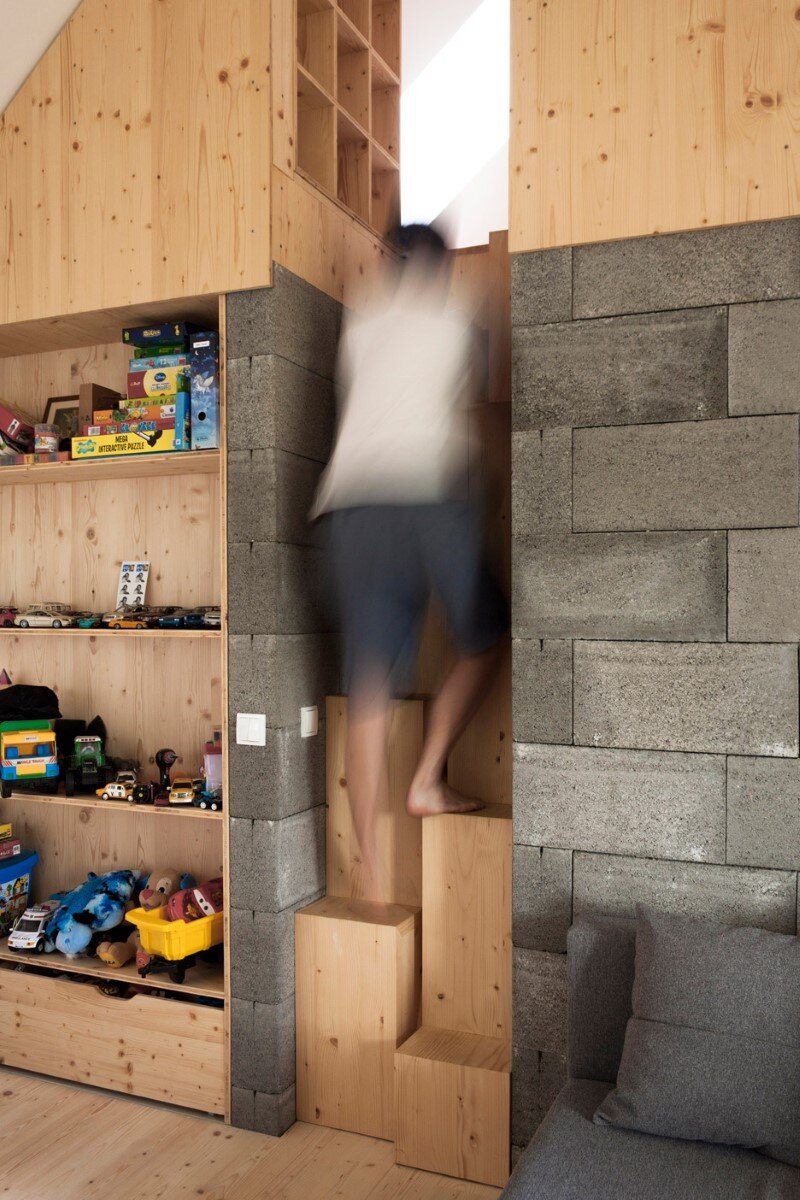 Energy efficiency and sustainability has played an important role in the development of the design. 45 cm thick insulation, used for external walls, offers enough protection against the cold of winter. Climatic conditions for central Europe, especially this part of Slovakia, are characterised by extreme differences in temperature; between 30°C in summer, and -30°C during the bitterly cold winters. 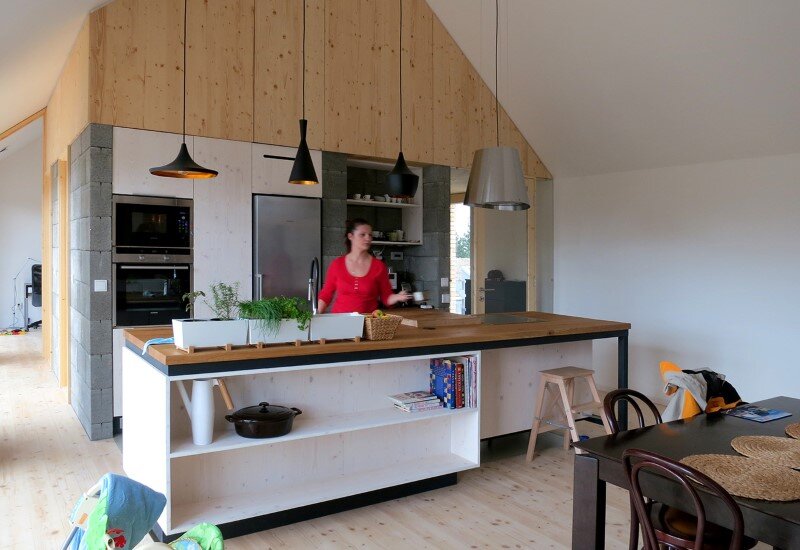 Generous south facing openings help to heat the interior naturally, and keep energy consumption low during the winter. Concrete block walls, exposed to the sunlight, take advantage of using “passive solar gain” to store excess energy. While the wooden façade, the naturally ventilated roof, the existing trees and the additional screens, help keep the house from overheating during the summer. Cross ventilation is introduced to keep things comfortable during extremely warm days. 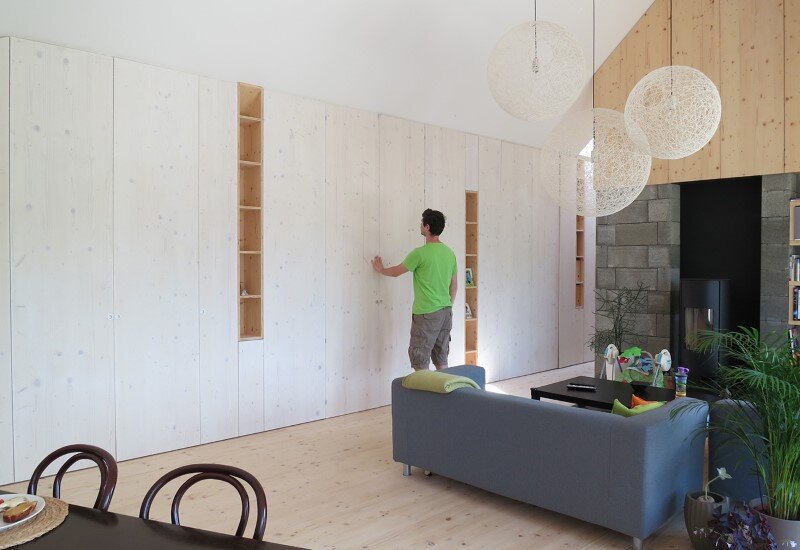 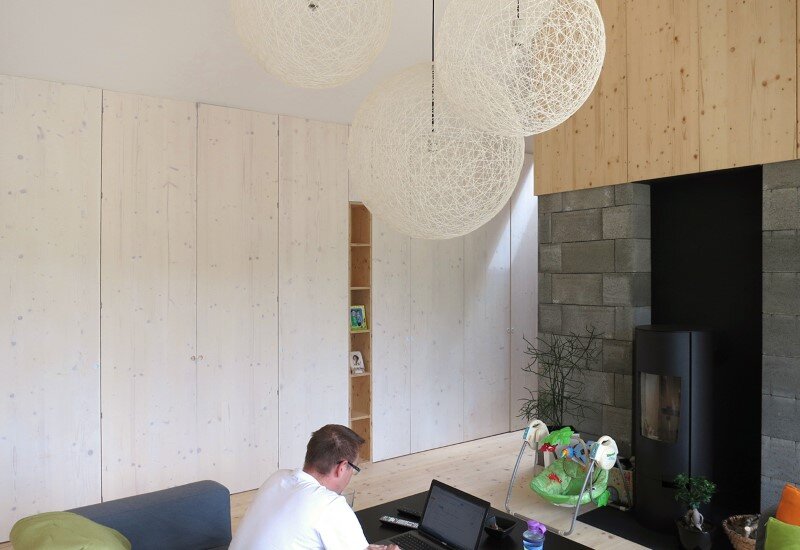 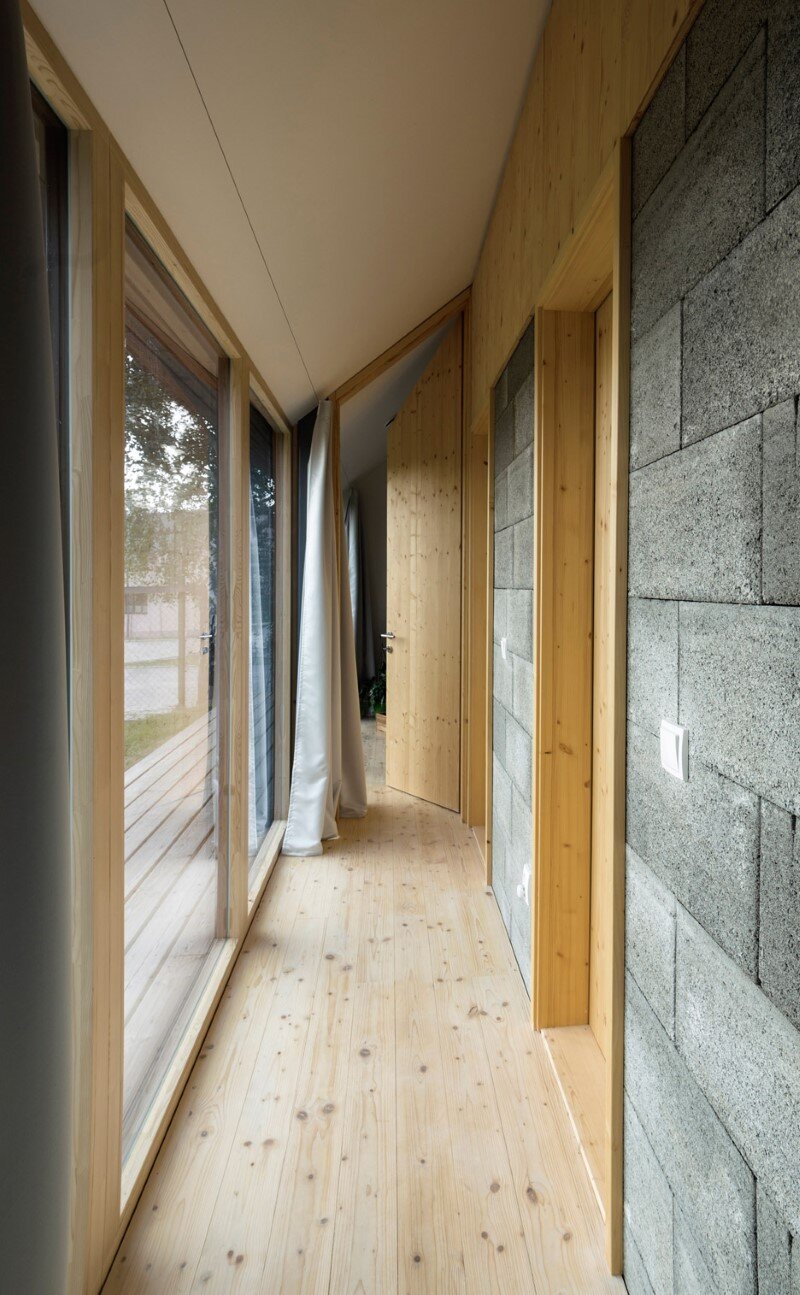 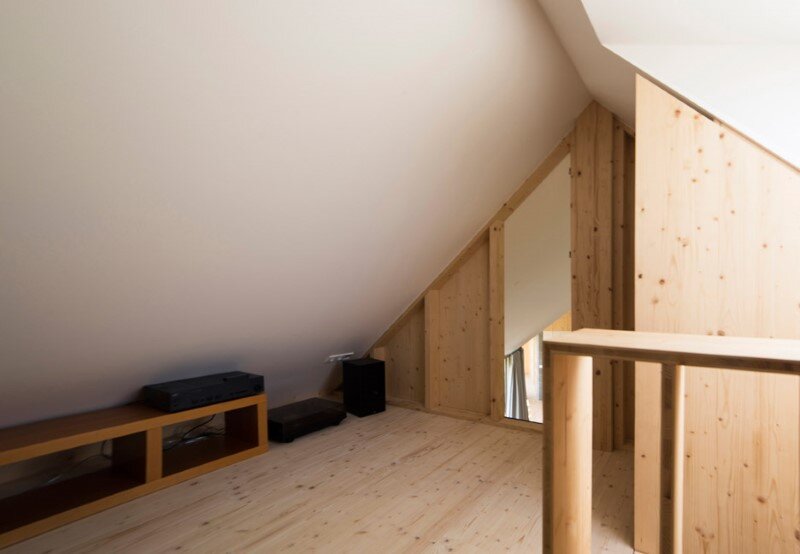 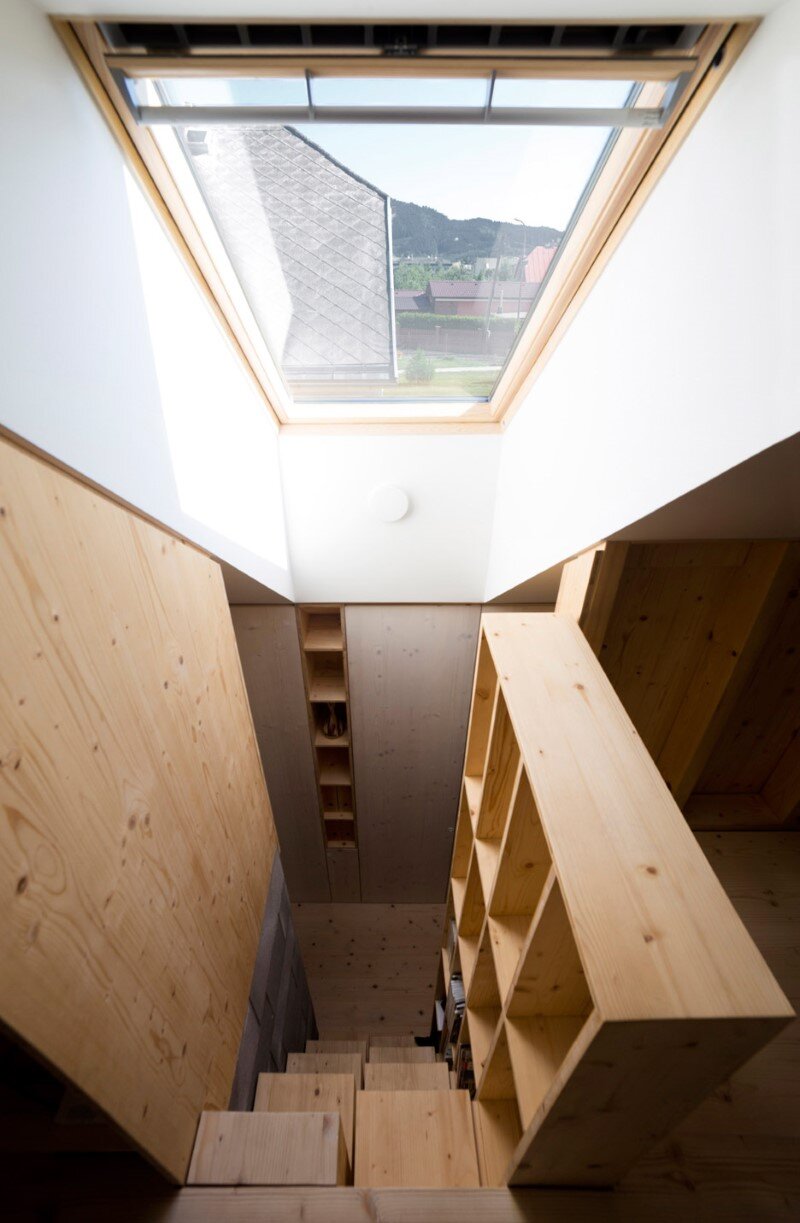 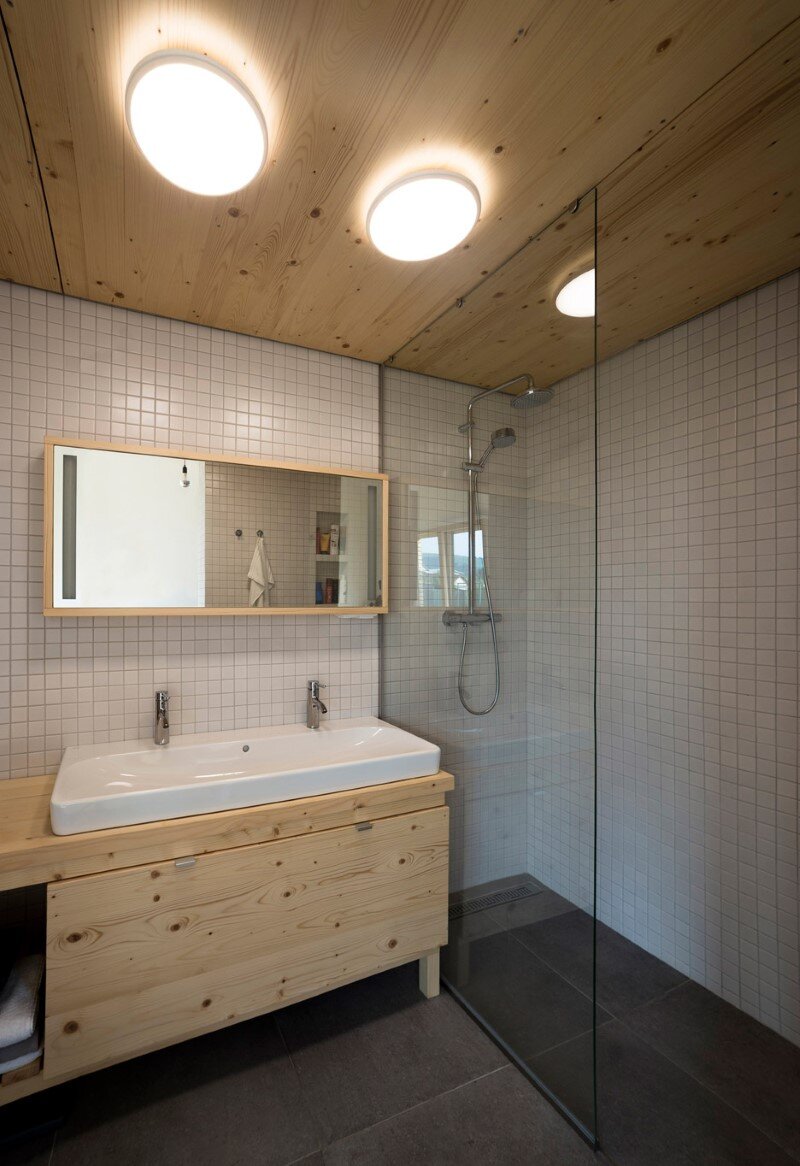 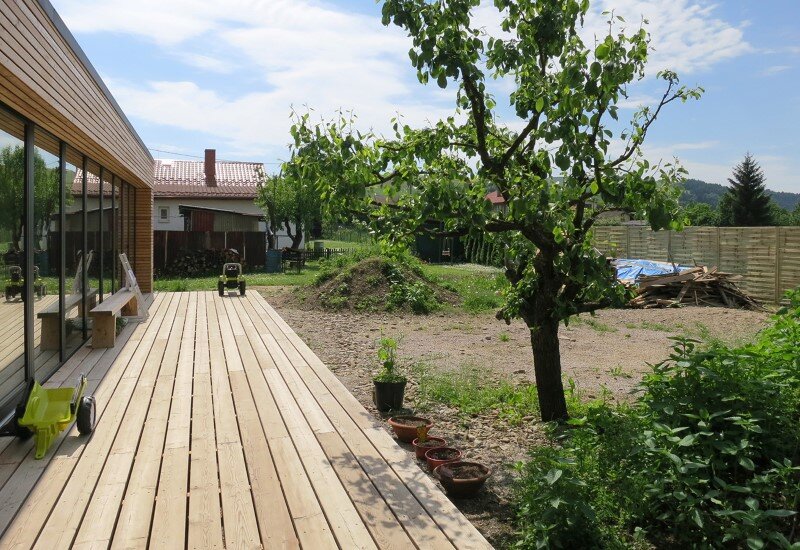 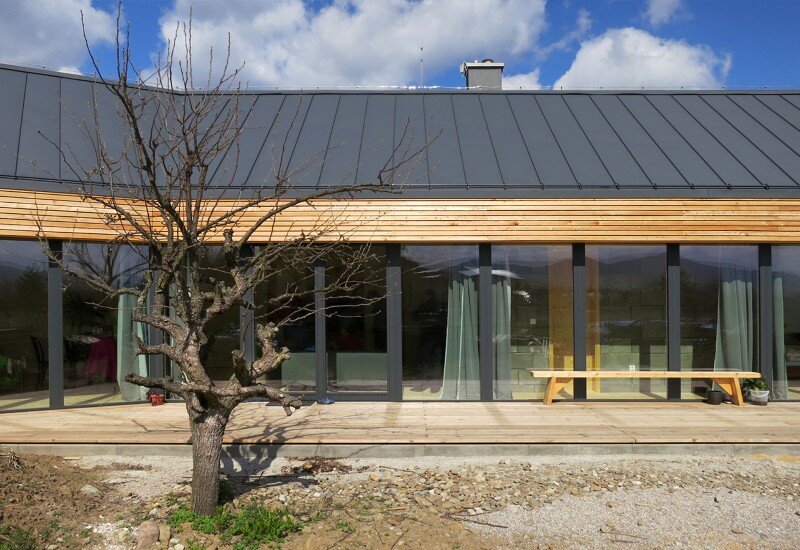 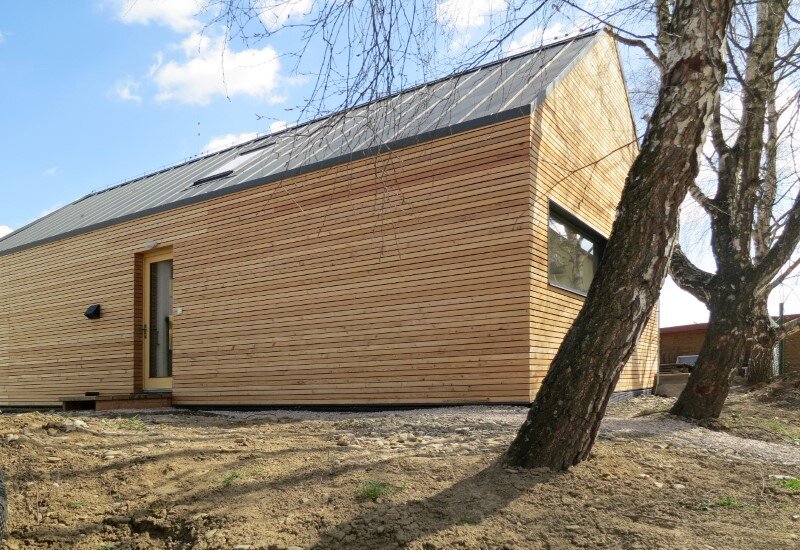 Weekend Retreat on the Edge of a Mountain

This imposing concrete house project concept is a stereotomic box of concrete. A stone element that sits on the mountain. The property, of pronounced topography and north orientation provides the ideal elevation to contemplate the city and the views to the mountains that surround it.
Read more

Situated in the historical area of Porto city, Portugal, 1872 River House is one of the hotels units of reference for the historical center,...
Read more

Design project of the Odessa apartment has been developed at the end of 2014. After that we have been working on its realization avoiding bringing any changes into its original planning and design.
Read more

A Luxurious Residence at the Top of the Hampton Hill Development

Hampton Penthouse is a luxurious residence designed in 2016 by Melbourne-based We Are Huntly Studio. With a passion for detail and contemporary spaces, the client’s brief...
Read more

Contemporary Architecture and a Night in the Desert: Four Eyes House

Four Eyes House from Coachella Valley, California was designed by Edward Ogosta Architecture for a family who wants to spend the weekend out of...
Read more
Shai Gil Photography

At the beginning of 2012 a young couple approached our practice for a GZ house. They had fallen in love with the beautiful setting of a small community on the outskirts of Santiago. On top of a steep hill, no road to reach it, with all the utilities’ network down below, the plot posed quite a challenge.
Read more
Architecture

The Beach House from Mornington, Victoria, was designed by Clare Cousins Architects in order to provide an additional accommodation to an existing 1970’s Merchant...
Read more
Contemporary Houses

Casa Sierra Fria is a house located in a residential neighborhood in Mexico City. As the majority of the sites in this neighborhood have regular constructions on three of their four sides, the architectural concept began to explore the idea of the site ...
Read more
Contemporary Houses

Conceptually, the A&M Houses have been an experiment in drawing a relationship and balance between a reduced footprint, comfortable living and maximised amenity. Inhabitants of this narrow beach house are encouraged to modify and adapt spaces to facilitate maximum amenity in both an environmental and social sense.
Read more
© All rights reserved. HomeWorldDesign 2013-2020. All images are © each office/photographer mentioned.