Urimonduba Apartment is a Mix of Genres and Styles 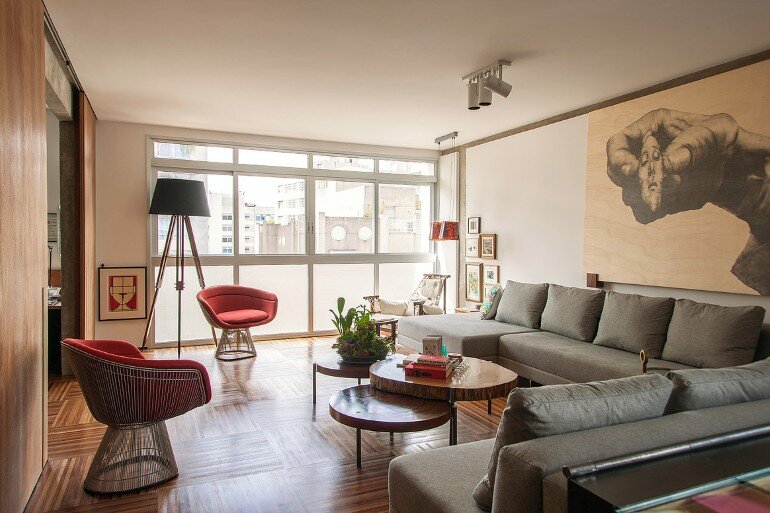 Description by Candida Tabet: I had the great pleasure of developing the remodel project of 200m² flat in the middle of the city of São Paulo that was destined to be my daughter’s and her husband’s first home. 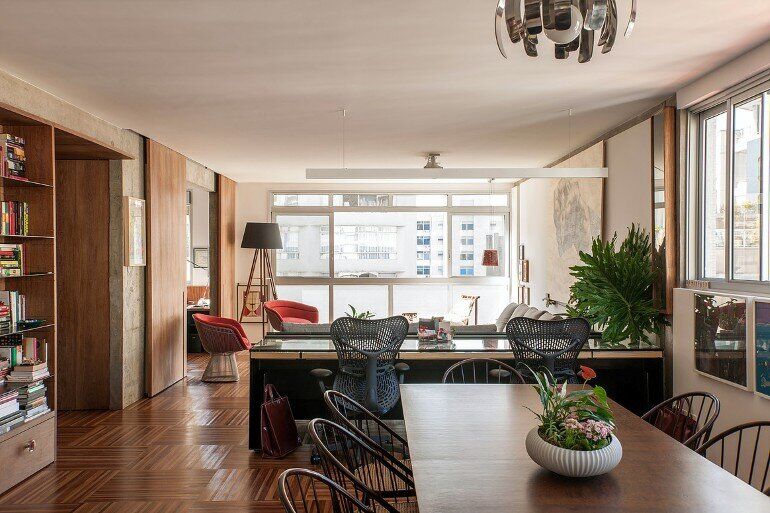 A main hall was responsible for providing access to all spaces, including bedrooms and common spaces. This hall would then resemble an inverted box, presenting a lower ceiling height and being completely dressed, ceiling and walls, in sheets of waxed Cumaru wood. Six doors hide within this hallway. In order to deliver this effect, we developed a system of concealed locks, exposing only the keyhole. 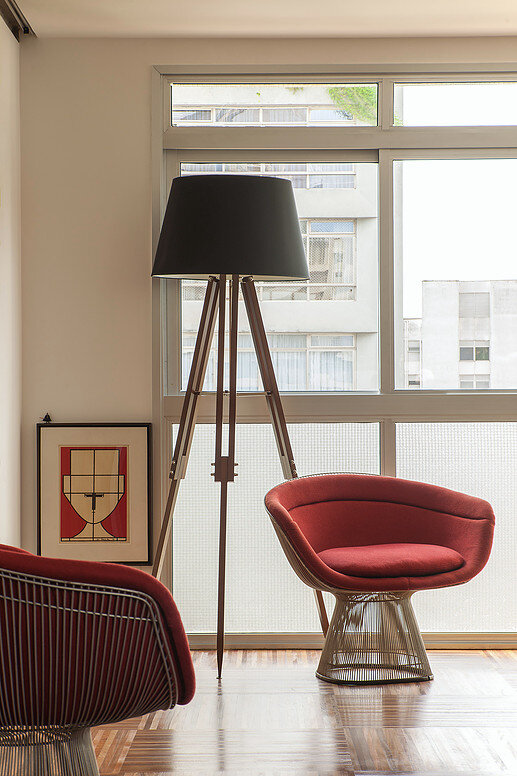 The project and its urban vocation were enhanced as concealed concrete columns and beams were stripped bare to expose their essential material. From this newly featured structure, we highlighted white walls and wood door openings. Resulting from varying beam heights, each door opening earned its own height and a playful rhythm was established throughout the flat. Sliding or pivoting, each door was dimensioned based on the nearest found column. This game also happens with the plastered brick walls, defined by the intersection of beams and columns which proportions do not obey any symmetry or standard, since they were not designed to be seen. This uneven yet harmonious grid gets plenty of attention as it reveals itself to be quite interesting. 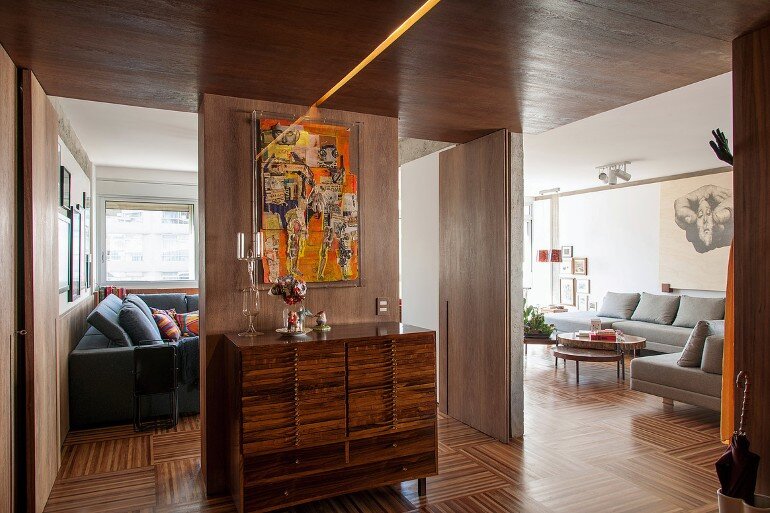 The flooring was made from large self-assembled boards containing pieces of ipê, angelim, and mogno wood, etc, carefully laid in a fluid and uninterrupted checkerboard pattern, having no transition boards between rooms. 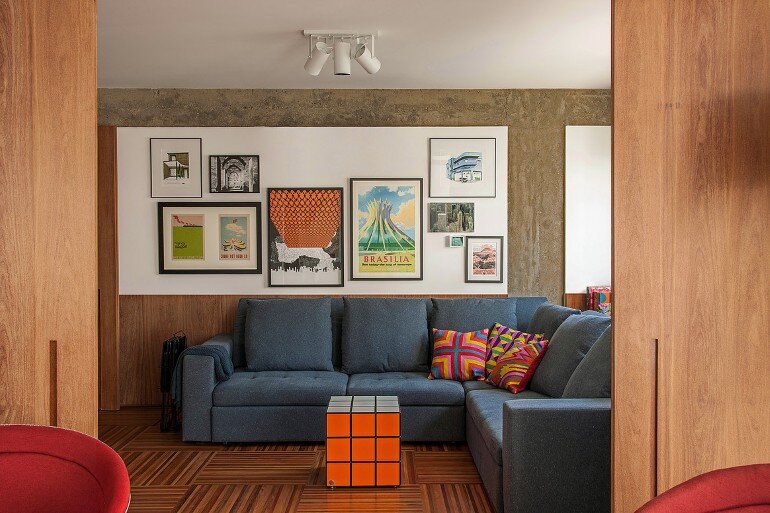 Most finishes resulted from the custom built-in furniture such as wood and steel libraries as well as steel and glass closets and cabinets. One of these custom made pieces is the “Quadrupede” dining table. We also designed the “Trecoteca”, a versatile piece of furniture able to strategically outline an ambiance and store several do it yourself (DIY) instruments in an organized and visible fashion. 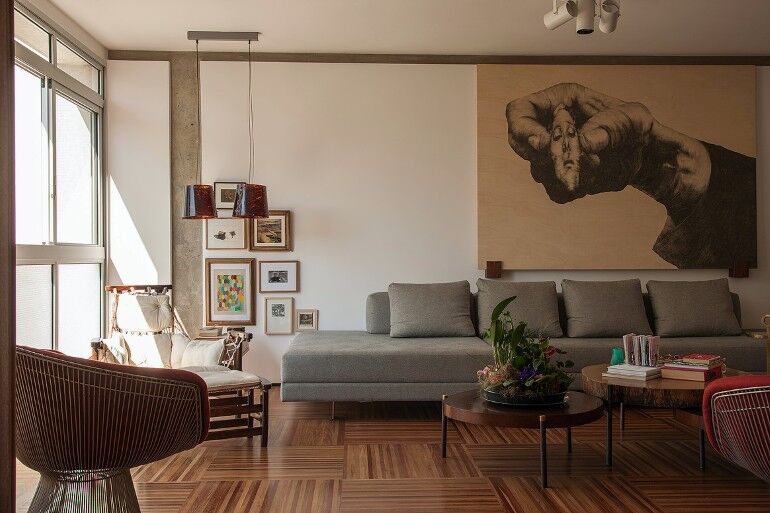 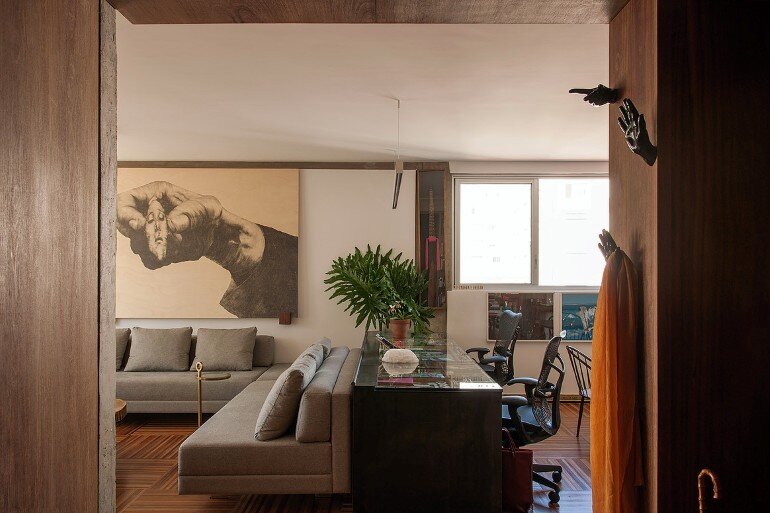 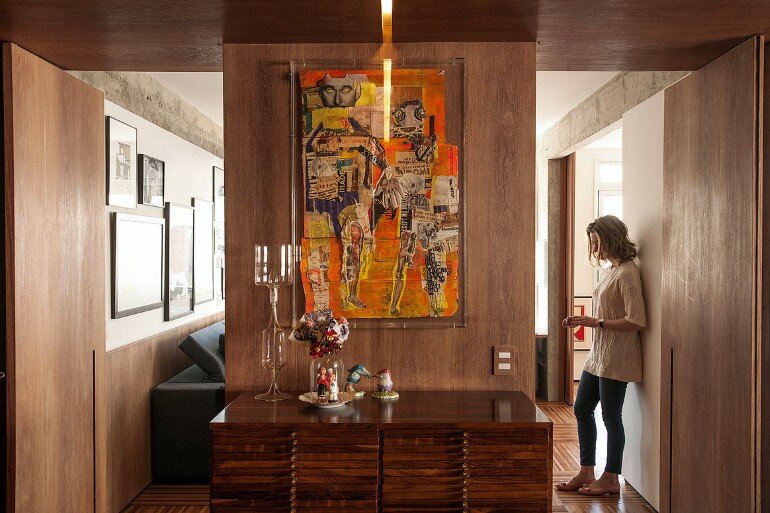 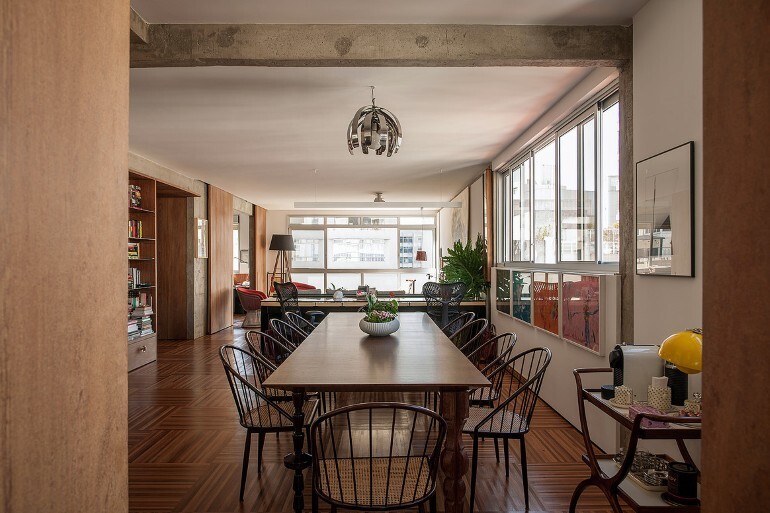 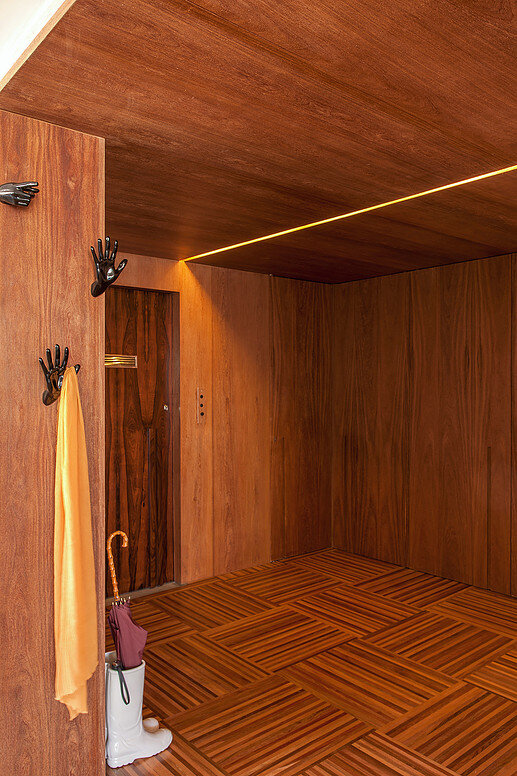 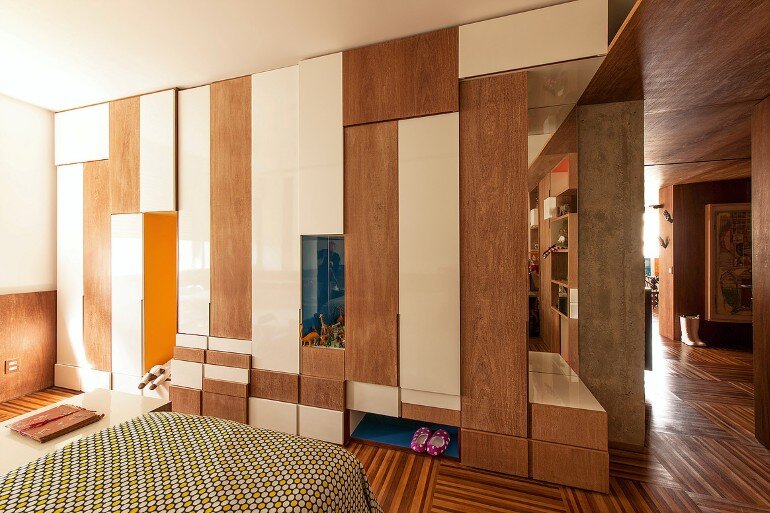 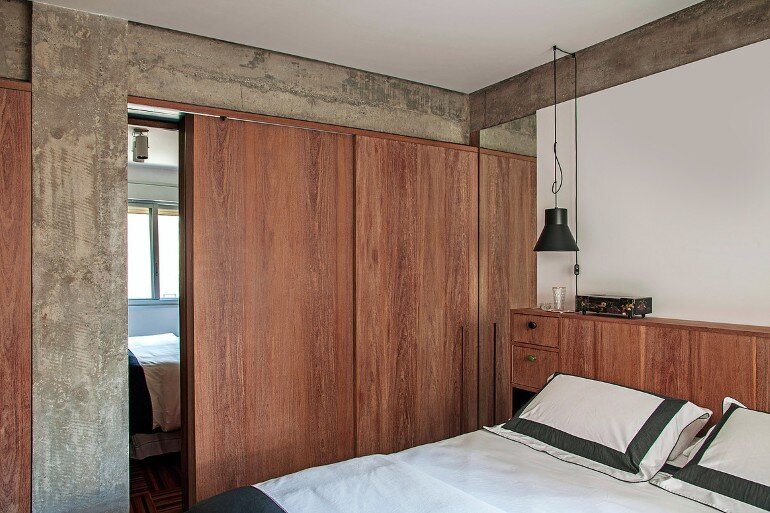